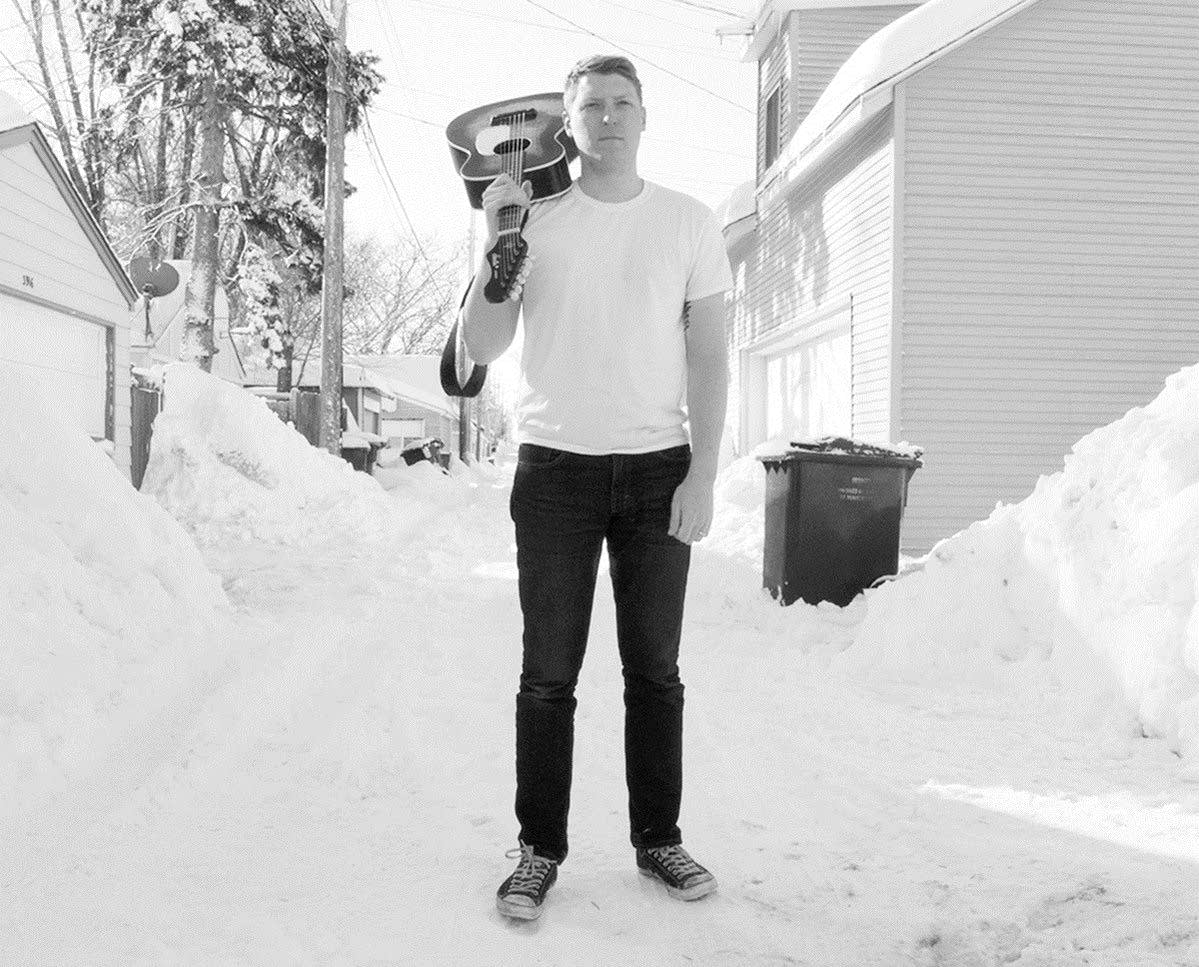 
Each month a Minnesota band takes up a Thursday-night residency at the Nomad World Pub in Minneapolis with different hand-picked openers each week. This month's Minneseries features Tyte Jeff. Chris Riemenschneider of the Star Tribune's take on Tyte Jeff: Jeff Allen tasted modest indie-rock stardom in his early 20s with the Plastic Constellations. The high-wired punk band—which he co-led with future Doomtree producer Aaron “Lazerbeak” Mader—stormed out of Hopkins High School in the late 1990s on its way to New York’s French Kiss Records in the early ’00s. When the band went on “indefinite hiatus” in 2008, Allen got a good job and started a family. “But I never really stopped thinking up songs in my head,” he said. He was finally pushed into properly recording all his “crappy basement demos” by drummer Matt Johnson, one of two recording engineers and former Me & My Arrow band member now playing in Tyte Jeff, also counting guitarist Jeff Marcovis (bassist Aaron Ripplinger rounds out the lineup). The resulting six-song eponymous Tyte Jeff EP was named one of the best albums of 2014 in our Twin Cities Critics Tally. “We have a pretty sweet setup where we can essentially record whenever we want,” Allen said, happily reporting that they’re deep into the making of a full-length album. Heretofore, the band has mostly been a studio project, with about 10 gigs over the past year. Said Allen, “Music is so different now. When we were coming up with TPC, the only way you could get any notice was to play a ton of shows. I still think that’s such an important element.” The Minneseries will serve to tighten the live lineup of Tyte Jeff (Allen blames Lazerbeak for the “awful name”). It will also allow them to test-drive songs in line for the new album. Next week’s kickoff to the series fittingly features Stereo Confession, a TPC-like band of current high school buds on spring break. The April 30 installment — a rare fifth Thursday in the series — will be more of an acoustic/songwriters setup. Other players through the month include Mystery Date (April 9) and Van Stee (April 23). Tyte Jeff is one of the most exciting new bands in town, period. Allen has maintained the big, chant-like hooks and muscular, angular guitar work he created in TPC, but he’s grown up as a songwriter, quite literally so in the case of the EP’s lyrical subject matter. “The cruel hands of time turned all those kids into mortgagees,” he sings of his own lost, wild youth in “Imagine This Before Irony,” one of several tunes that look at today’s hipsters and suburban punks through wiser, wearier eyes and Craig Finn/Stephen Malkmus rocker irony. Said Allen, “When you get into your 30s, you understand that everything about youth culture is fleeting and temporary and you really aren’t changing the world. That doesn’t mean I want kids to stop thinking they can change the world, though.”