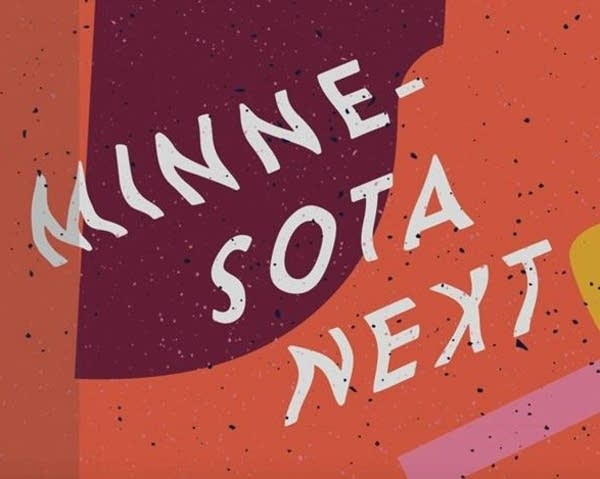 
Minnesota Next is a two night event celebrating local, up and coming musicians and visual artists. The bands performing are from Andrea Swensson's "10 New Twin Cities Bands to Watch." Each night, four bands from the list will play, and local photographers, print, and graphic design artists will display their work. Buy tickets for Saturday. Buy tickets for Sunday.

If you loved that Prince and the Time-channeling Bruno Mars song “Uptown Funk” with Mark Ronson then you’ll love this burgeoning group. I’ve been straight-up obsessed with this song “Make You Mine” ever since hearing it a few months back, and am happy to report that the band brings just as much energy to their show live. This is irresistible, bouncy, uplifting stuff.

This song is pure ’90s alt bliss, with vocalist Danaca Booth channeling Blind Melon’s Shannon Hoon with her too-cool vocal delivery and buoyant synthesized flute parts adding a hint of psychedelia. Their entire four-song EP is worth a listen.

Formerly known as White Boyfriend (read the reasoning behind their name change here), B.O.Y.F. have already become somewhat of a critics’ darling around town, and have earned a reputation for delivering beguiling live shows. Their minimalist, glammy synth-rock subverts gender norms in three-part harmony. What’s not to love?

I have mad respect for women producers (one of the most male-dominated spheres of the still mostly male-dominated music industry), and Bae Tigre’s proficiency for beatmaking deserves just as much attention as her mournful, sighing voice. This is enchanting, soul-searching electro-pop.

Fans of early Headshots-era Atmosphere might dig this lo-fi, wry hip-hop duo, which features the dueling verses of MCs Ghostmeat and Bev over skittering jazz and soul-sampling beats by Es El.

Detroit transplant Danami has been on the scene for a few years now, as both a student of McNally Smith College of Music and an omnipresent audience member and performer in the local hip-hop scene, but he’s just getting ready to step into the spotlight in a big way. The soulful rapper released his EP, Before the Wait, with a theatrical concert at Intermedia Arts on March 22.

The Twin Cities has about as much need for another dream-pop band as Uptown does for yet another e-cig shop, but this voice! This is a voice that needs to be heard. The vocalist for Perfume Monster goes by Hazen, and he’s backed here by two members of Hunting Club, Justin and Kyle Steen, who add spacey atmospherics and searing guitar riffs.

One of the most prominent instruments in this year’s Are You Local? submissions was by far the banjo—and for my money, if you’re going to go banjo, you may as well go all the way. The Gentlemen’s Anti-Temperance League take things all the way back to the 1930s with their Django Reinhardt-influenced gypsy jazz, and they do it damn well. All ages
Tweet