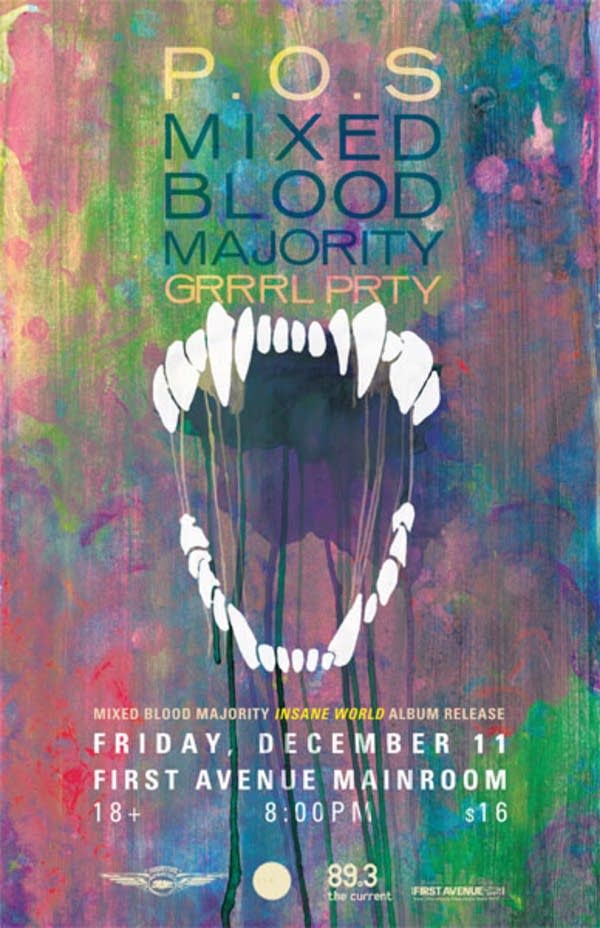 Minneapolis-bred rapper, producer, hardcore musician, punk philosopher, lyrical bomb-thrower and co-founder of the hip hop collective Doomtree, P.O.S (aka Stefon Alexander) released his latest solo full length, We Don’t Even Live Here, via Rhymesayers on October 23, 2012. The LP, which came three years after his well received LP, Never Better, finds the rapper with one foot still firmly planted in his punk heritage (he grew up listening to Minor Threat and Refused and has been in punk and hardcore bands since the late ‘90s) and another boldly striding into unconventional songmanship.

Mixed Blood Majority is Crescent Moon (of Kill The Vultures) and Joe Horton (of No Bird Sing) and producer Lazerbeak (of Doomtree).