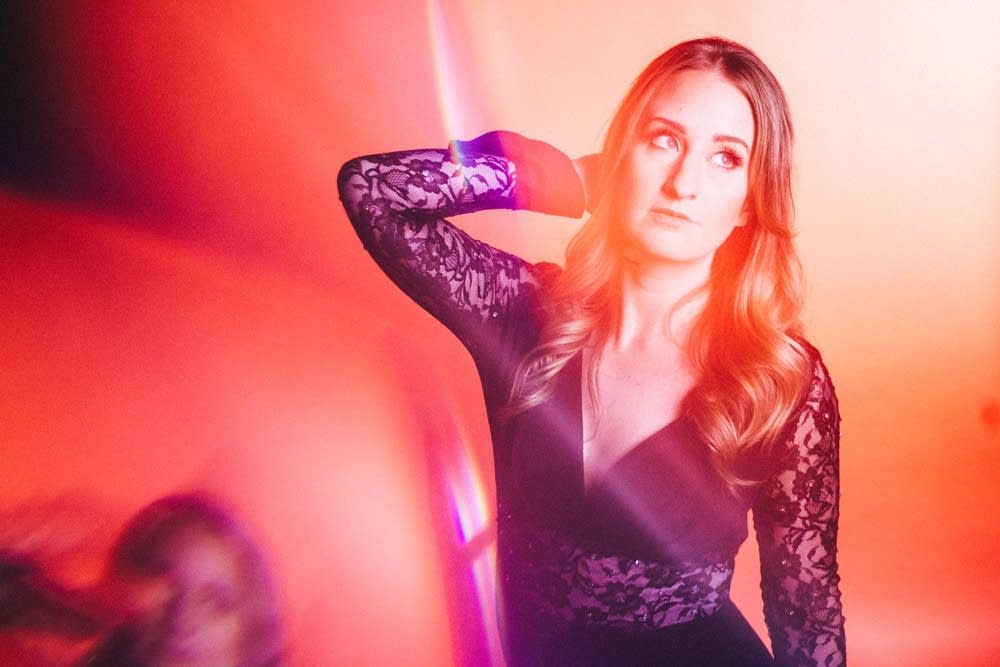 First impressions matter. Especially on a debut album. Time and attention-strapped listeners size up an artist within a song or two, then move on or delve in further. Fortunately, it only takes Margo Price about twenty-eight seconds to convince you that you're hearing the arrival of a singular new talent. "Hands of Time," the opener on Midwest Farmer's Daughter (coming Spring 2016, Third Man Records), is an invitation, a mission statement and a starkly poetic summary of the 32-year old singer's life, all in one knockout, self-penned punch. Easing in over a groove of sidestick, bass and atmospheric guitar, Price sings, "When I rolled out of town on the unpaved road, I was fifty-seven dollars from bein' broke..." It has the feel of the first line of a great novel or opening scene in a classic film. There's an expectancy, a brewing excitement. And as the song builds, strings rising around her, Price recalls hardships and heartaches – the loss of her family's farm, the death of her child, problems with men and the bottle. There is no self-pity or over-emoting. Her voice has that alluring mix of vulnerability and resilience that was once the province of Loretta and Dolly. It is a tour-de-force performance that is vivid, deeply moving and all true.

"I'm writing from my heart and life experiences," Price says. "I knew I wanted to start the record with this song, but everyone in the band said, 'No, no, that's a bad move.' And then Third Man said, 'We think this should be the first song,' and I was like, 'Yes!' It really just lays it out. If you can get through 'Hands of Time,' the rest of the record is going to come very easily."

And indeed it does. The honky tonk comeuppance of "About To Find Out," the rockabilly-charged "This Town Gets Around" and weekend twang of "Hurtin' (On the Bottle)" all add fresh twists to classic Nashville country, while sounding like they could've been hits in any decade. Meanwhile, the hard-hitting blues grooves of "Four Years of Chances" and "Tennessee Song" push the boundaries further west to Memphis (the album was recorded at Sun Studio). Throughout, producer Alex Munoz, engineer Matt Ross-Spang and the ace band help frame the material with spare, spacious arrangements, keeping the focus on Price's soulful vocals.

"I think about an artist like Bobbie Gentry, who was able to mix country with soul," Price says. "But really, I never set out to make a country soul record. It's just that I like Etta James, and I like Hank Williams, and sometimes those things come together and make nice little babies."

Her tastes developed early. Growing up in Aledo, IL (pop. 3,612), Price was surrounded by music – everything from Tom Petty to the Statler Brothers. By middle school, she was singing in the choir and doing the national anthem at local football games. "I was one of the only people who could sing it without changing keys," she says, with a laugh. With money from her eighth grade graduation, Price bought her first guitar and started writing songs, influenced by Joni Mitchell and Maria Muldaur. After dropping out of college, she moved to Nashville in 2003 and began the usual apprenticeship of open mic nights and networking.

Though she loved the friendliness of Music City, she says, "I didn't feel like the glossy country music at the time had any space for me." On the advice of her great uncle, Bobby Fischer, a successful tunesmith with over 500 cuts by artists including George Jones, Tanya Tucker and Reba McEntire, she kept writing and honing her voice. She soon met bass player — and future husband — Jeremy Ivey, and formed a band called Buffalo Clover. They self-released three records and built a local following. Of course, the music biz being the minefield of dreams that it is, there were false promises and glittering temptations along the way (humorously catalogued in "This Town Gets Around"). "I'm so glad that I didn't sacrifice my integrity five or ten years ago," Price says. "I had opportunities to. I remember meeting this one guy who said, 'I'm a big producer and I know all these people on Music Row.' So Jeremy and I tried to write some mainstream country songs. We created pen names because we didn't want anyone to know it was us – Sylvia Slim and Sam Pickens. Together it was Slim-Pickens. We wrote a couple things, and I felt gross doing it. The producer guy didn't like it, and we didn't either. So it was, 'All right, I tried that, now I'm just going to write for myself.'"

That decision was brought into even sharper focus by personal tragedy. "I lost my firstborn son to a heart ailment," Price says, "and I was really down and depressed. I was drinking too much. I was definitely lost. I did some things that I regret very much now that resulted in a brush with the law. Thank god I had my friends and family to keep me going. Coming through that, I thought, 'I'm just going to write music that I want to hear.' It was a big turning point."

With a new batch of songs, Price approached producers and labels. Nobody responded. Feeling like "an outcast in Nashville," she turned her sights on Memphis instead. "I once heard someone say, 'Nashville has glitz, but Memphis has grit."'And I'm like, 'Hey, I've got grit too! I'm gonna go to Memphis and make this record.'"

A year before, she had visited the legendary Sun Studio, as a tourist. "The first time I walked in the room, the guide said, 'This is where Elvis stood.' They have the X on the floor, and she said, 'It's rumored that Bob Dylan came in and kissed the X on the floor.' So I waited for everybody to leave, then I got down on my knees, and thought, 'There, now I've kissed both Bob Dylan and Elvis."

Her curiosity piqued by a "Make Your Own Demo at Sun" sign, Price met the house engineer, Matt Ross-Spang. "He and I clicked right off the bat. I liked his energy. He had great ideas. We did a single, and it didn't turn out the way I wanted. But Matt was persistent about us working together again." To finance the sessions for Midwest Farmer's Daughter, Price and Ivey skipped the usual crowd-funding route, instead selling one of their cars, some instruments and even pawning her wedding ring. Price says, "My husband said, 'This is all or nothing. I believe in you. I believe in this record. I'll sell our house if it comes down to it.'"

In Memphis, Price and her band worked the night shift, from 7 p.m. to 2 a.m. (after the museum had closed), cutting tracks live to analog tape. "It was cool to do later sessions," she says. "It's like doing shows, where you're singing at 11 o'clock. My voice was already warmed up. It was such a relaxed vibe at Sun. And it felt haunted in a good way, like Elvis and Johnny were watching over us."

With the album done, Price says she shopped it to "literally every label in Nashville." Except the one where it ended up. "Honestly, I didn't think it would fit at Third Man," she says. "Then a friend said, 'You're on Jack's radar, he wants to hear the record.' I was like, 'No way.' I sent it over, and it just felt like home. A good creative space to be involved in, and everyone is so down to earth. It was awesome when I met with Jack. He told me he thought my voice was a breath of fresh air, and that he loved the record."

As Price looks ahead to a busy 2016, full of touring and promoting Midwest Farmer's Daughter, she reflects on her hopes for what listeners might get from these songs. "I hope that the record helps people get through hard times or depression. That's ultimately what music did for me in my childhood, and especially in my early adult years. It's about being able to connect personally with a song, and hopefully, it makes you feel not so lonely."