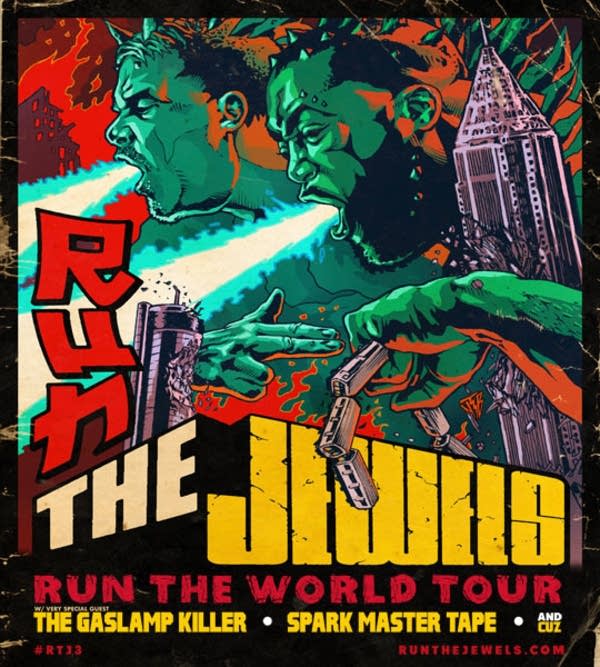 As anticipation for their forthcoming RTJ3 album continues to mount, megalithic rap duo Run the Jewels have announced their first full scale North American headlining tour since 2015. The “Run the World” tour kicks off mid-January in Philadelphia and continues through to the end of February, with stops in veritably every major city in the U.S. along the way. Support for the tour will be provided by Brainfeeder-affiliated hip hop experimentalist the Gaslamp Killer, mysterious underground MC Spark Master Tape and longtime Killer Mike collaborator CUZ.

Run the Jewels, the super dynamic duo of El-P and Killer Mike, two of the most distinctive and celebrated names in rap, released their highly anticipated sophomore album, Run the Jewels 2, on Oct. 27, 2014. In addition to being made available as a free download, it was released on CD, 180gm Collector’s Edition 2XLP and and across all digital platforms. RTJ2 included guests ranging from Zack de la Rocha to Travis Barker amongst others, but the duo maintains that the album is first and foremost about the creative partnership between the MCs themselves. Run the Jewels 2 received widespread critical acclaim and was called #1 Album of the Year by many outlets such as Pitchfork, Complex and USA Today as well as best Best Rap/Hip Hop Album by Rolling Stone and SPIN.