Radio Heartland I'm With Her - Music in the Zoo 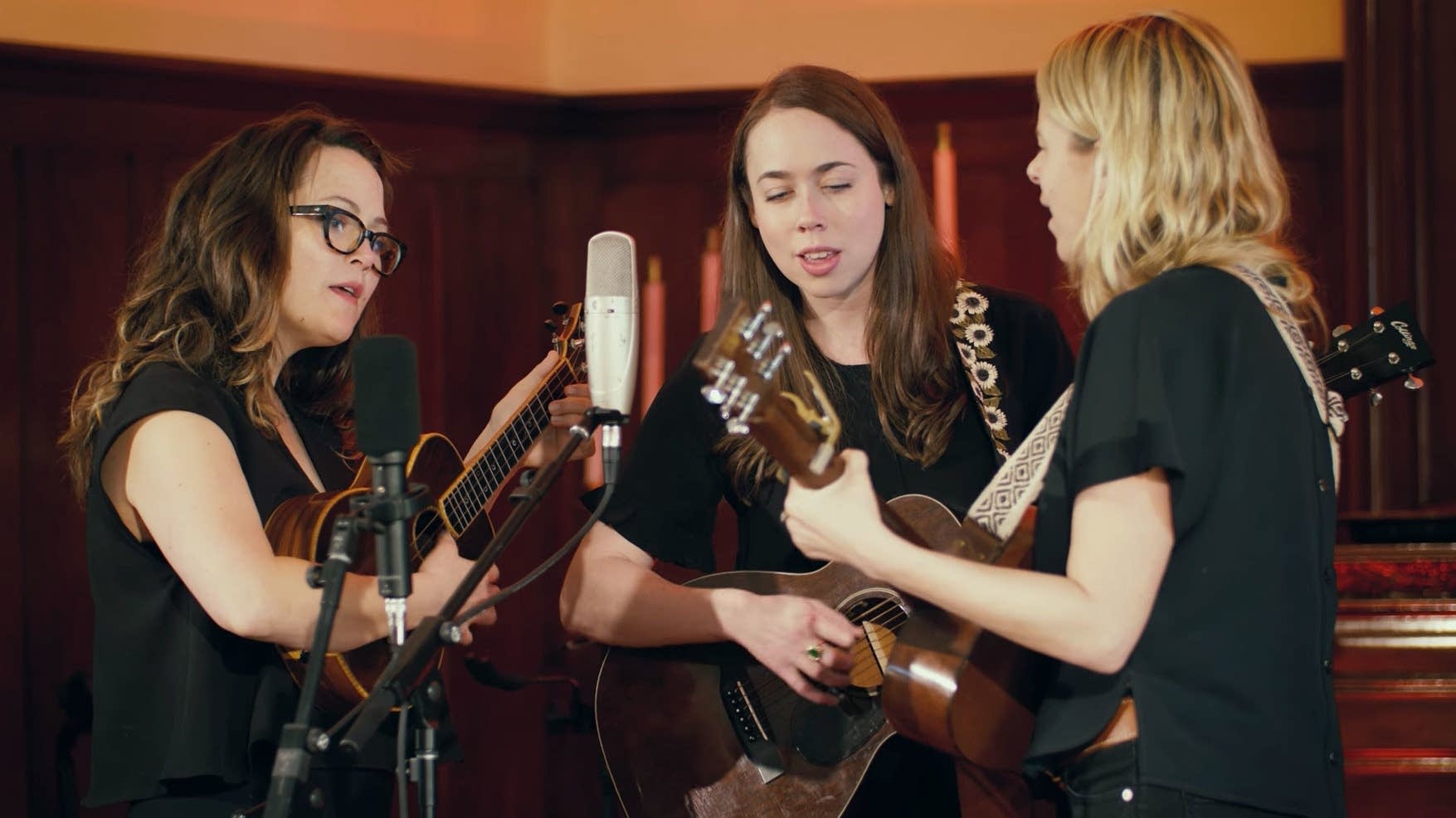 Folk trio I’m With Her play the Weesner Family Amphitheater at the Minnesota Zoo on Wednesday, July 10 for the 27th season of Music in the Zoo!

I’m With Her are rooted in a rare alchemy: three celebrated songwriters coming together to create music that reveals entirely new possibilities in their distinct and deep-seated talents. Since forming in 2014, I'm With Her — Sara Watkins, Sarah Jarosz and Aoife O’Donovan — have imbued their songs with a sharply detailed lyricism, graceful musicianship, and — perhaps most powerfully — mesmerizing harmonies that endlessly reflect their extraordinary chemistry.

The latest single from I’m With Her, “Call My Name,” again shows the strength and vitality of their singular connection. In a departure from the deliberately insular making of their debut album See You Around, the band pursued a new creative approach centered on true collaboration with producer Mike Elizondo. Along with See You Around, 2018 saw the release of multiple singles from I’m With Her, including a remix by Tune-Yards of “Game to Lose,” a rendition of Adele’s “Send My Love (To Your New Lover),” and a Spotify Session featuring their version of Vampire Weekend’s “Hannah Hunt” (a cover that fast became a fan favorite at shows). Nominated for Duo/Group of the Year 2018 by the Americana Music Association and Artist of the Year at the International Folk Music Awards, I'm With Her have also taken the stage on late-night shows like Jimmy Kimmel Live! (ABC) and Last Call with Carson Daly (NBC).