Prince Down by the Riverside: The Revolution 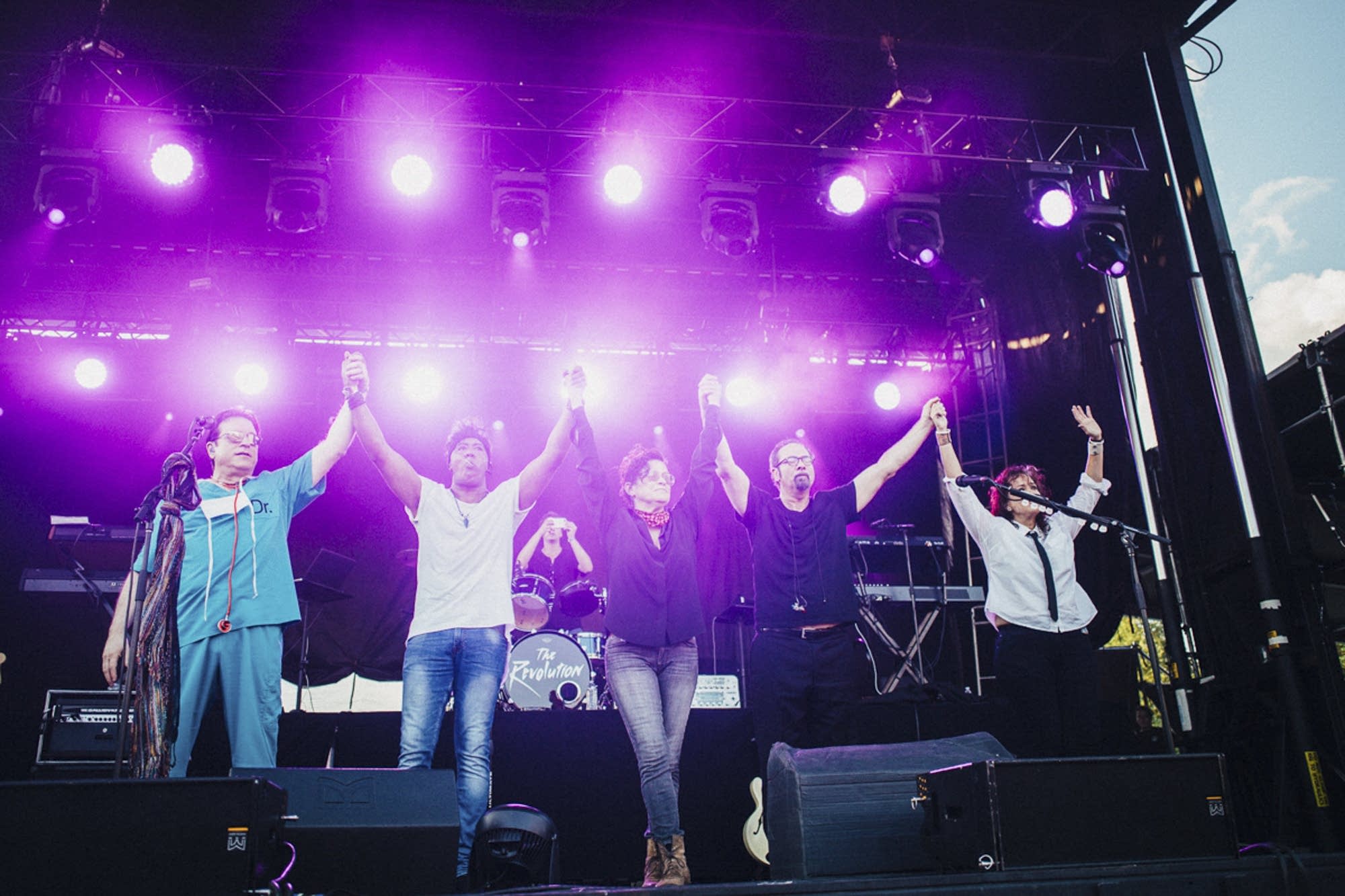 
The free series takes place over six Sundays in July and August (July 14 through August 18) in one of the most beautiful green spaces in the area, Mayo Park (behind the Mayo Civic Center and Rochester Art Center). This is an open-to-the-public City park, so lawn chairs, blankets, and coolers are welcome. On-site concessions are also available.

It has become a Rochester tradition, that on Sunday nights in the summer, many of the citizens of Rochester and surrounding communities put the finishing touches on their weekend by gathering together in the friendly confines of Mayo Park; to laugh, dance, sing, relax, play, eat, drink, socialize with friends and family, meet new friends, soak in those steamy Minnesota summer nights; all to a soundtrack of "live" music featuring local, national and international artists from a broad range of genres and eras.

Prince's former band THE REVOLUTION were one of the most successful music acts of the 1980s selling over 16 million albums in the United States alone. They rose to international fame with two #1 Billboard 200 albums ('Purple Rain' and 'Around the World in a Day'), three Grammy Awards, and six top ten singles on the Billboard Hot 100 chart, including “Purple Rain,” “Let’s Go Crazy,” “1999,” “Raspberry Beret,” “When Doves Cry,” and “Kiss.”