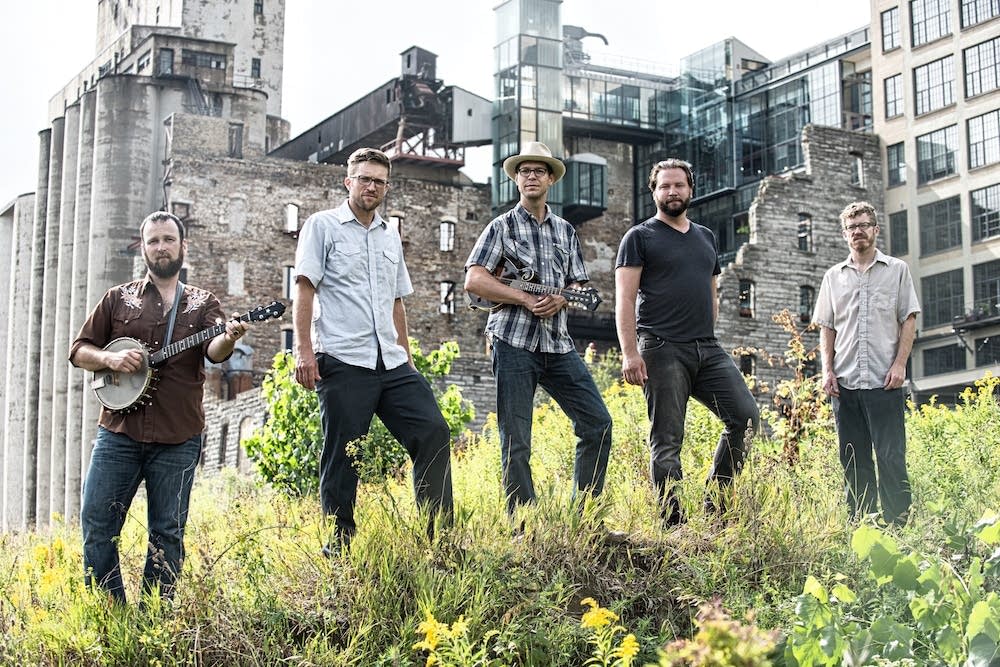 
“Pert Near Sandstone is one of the best contemporary bluegrass bands out there. They have burst onto the American roots music scene in a flurry of fiddling, picking and stomping. They are stewards to old-time stringband music and even their own materials sounds like it could have been written by coal-miners in the 1920s. Bluegrass is meant to be played live, so come shake a leg to the sounds of Pert Near Sandstone. It’s darn impossible not to!” –Roskilde Music Festival, Denmark


It was roughly a decade ago that Pert Near Sandstone first gathered around a microphone in a Minneapolis basement to record their debut album, 'Up And Down The River.' So much has happened since then: highs and lows, personal struggles and artistic triumphs, new faces and new sounds. The winding road they've traveled over the years makes it all the more meaningful for the band to come full circle on their dazzling new release, 'Discovery Of Honey,' which finds them once again recording in a basement and reuniting with founding member Ryan Young, who's spent the past seven years touring the world playing fiddle with bluegrass stars Trampled By Turtles. That chemistry has been abundantly clear from the very first days of Pert Near Sandstone, when the band—whose current lineup features Sipe and Kniebel, founding guitarist J Lenz, bassist Justin Bruhn, and clog & fiddle player Matt Cartier—burst onto the American roots music scene in a flurry of fiddling, picking, and stomping.


NPR's Mountain Stage celebrated the band's "Midwestern stamp on Appalachian [sounds]," while The Current described their live performances as "a frenzied string shredding spree that takes audiences under its spell."


Pert Near Sandstone is an American Stringband based in Minnesota.