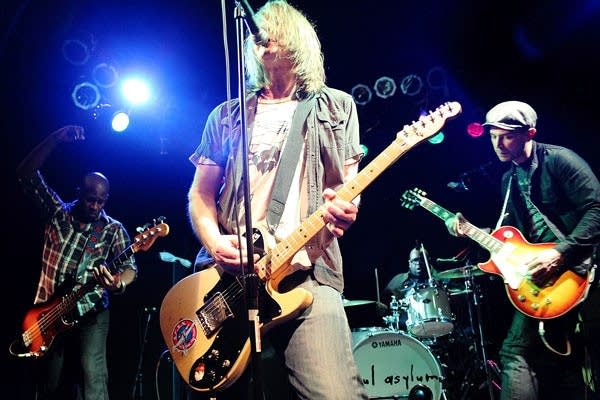 "A friend asked me what kind of records I want to make, and my answer was that I always want to make a record that I want to hear that's not already in my record collection," says Dave Pirner. "I think we got that on this one." Pirner is referring to Change of Fortune, Soul Asylum's eleventh studio album, and its first for Entertainment One Music (eOne Music).

Local H is known for their blistering live shows and for pioneering the two-man band set-up -- frontman Scott Lucas covers both guitar and bass through an extra pick up in his guitar and drummer Ryan Harding pounds out the rest of the sound. While they have earned praise in the past for their catalog of clever concept albums, Local H were forgoing a singular theme on their latest album - Hey, Killer (2015, G&P Records) - turning out a non-stop blast of straight-up, hooky, guitar-heavy rock songs -- each one catchier than the last.

Porcupine was born in 2006 in La Crosse, WI, where singer/guitarist Casey Virock had previously launched another indie rock trio, Space Bike. Now based in Minneapolis, the band has evolved to full maturity, a potent force propelled by drummer Ian Prince and the most recent addition to the band, bassist Greg Norton (formerly of HÜSKER DÜ). In naming the band, Virock saluted one of his favorite bands, Echo and the Bunnymen, and his songcraft and musical sensibilities swirl the Bunnymen and other New Wavers along with 1960s British psychedelica purveyors (especially Syd Barrett) and 1970s classic rockers.