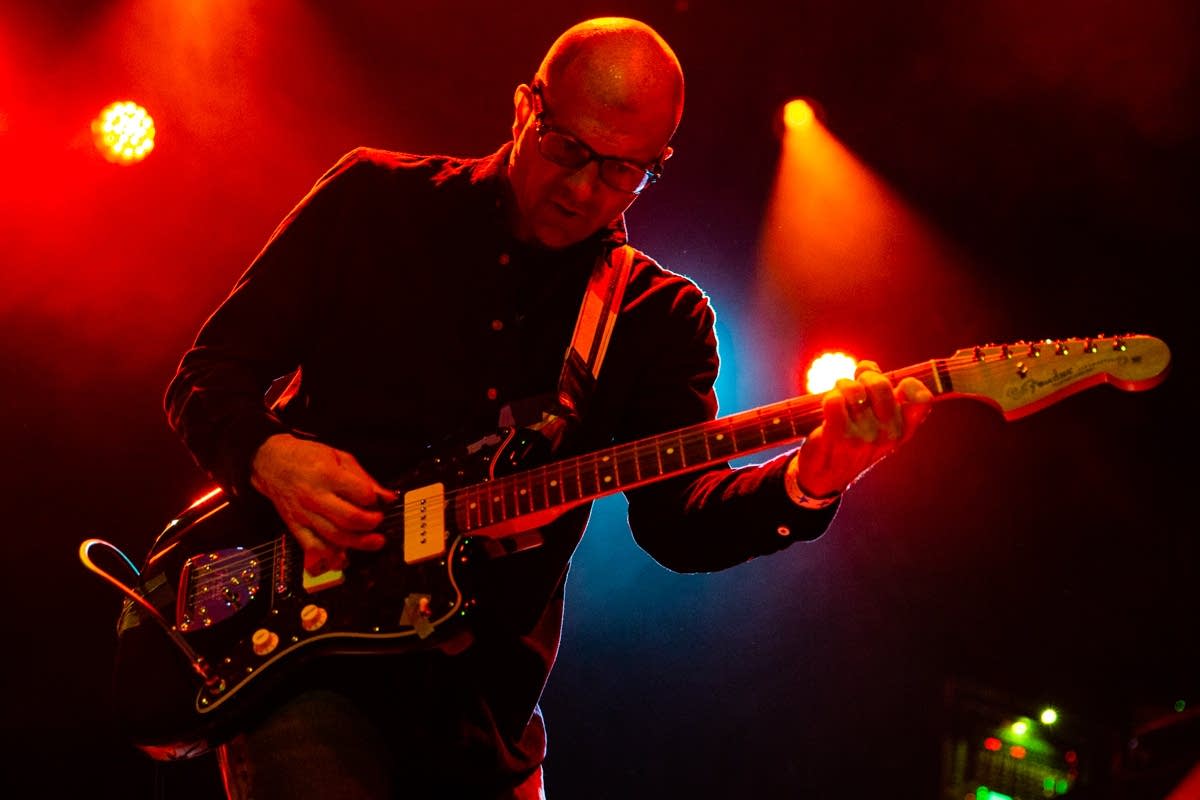 If you are interested and able to donate to the TC Music Community Trust's Entertainment Industry relief fund in support of individuals in need, click here: https://t.co/OI0pNPApPK pic.twitter.com/35ZCP8mFNT

The members of Green/Blue—Jim Blaha, Danny Henry, Annie Sparrows, and Hideo Takahashi—have been in a ton of bands you know about. And even more you haven’t. “We’ve known each other for a long time,” says Sparrows, best known from the Soviettes. “We’ve also all done projects that nobody cared about or paid attention to at all, which is a different kind of experience. When people pay attention to something like this right away, it’s a big deal.”

But this isn’t some pretentious punk supergroup, just longtime friends getting together because they like to play—a concept that seems like a quaint throwback in an era of Soundcloud rap and YouTube insta-stars. “We’re all at the same point in our musical career,” says Henry. “We all toured, put out records, played a lot of shows locally. We know each other both on and off the field. We’re not trying to ‘make it.’ Those days are gone. I just want everyone to hear these songs.”

“Blind Shake wasn’t doing anything, and it was really an identity thing for me,” says Blaha, who writes Green/Blue’s material. “‘Do I have to be in a band?’ So I just started writing songs, working in my basement for a year.” Blaha then shared his recordings with Sparrows. “I gave Jim a lot of opinions and kind of weaseled my way in, like ‘I’ll come over and play these whenever you want.’”

“When I gave this stuff to Annie, it was like she was already my bandmate,” says Blaha. “I trusted her, from her music taste and bands she’s been in. She had a totally fresh perspective, and she doesn’t pull punches.” Sparrows and Henry had already been working on another band. “We were practicing and Annie wanted to play these songs for me,” says Henry. “As soon as I heard it I said, ‘Well, that thing we were just doing is over now.’”

The final piece of the lineup was Birthday Suits/Sweet JAP’s Takahashi, who had never played bass for a band before. “I always told Jim if he starts a new project or something I wanna be in it,” says Takahashi. “I was the last piece. I’m the new guy!” The band’s mix of punk energy and psych draws surprising comparisons. “Paddy Costello called us the ‘Belle and Sebastian of garage psych,’” Sparrows says with a laugh. “I hate trying to describe it.”

“We aren’t leaning back on old reputations,” says Blaha. “We don’t even sound like what I think we should sound like, and that’s how I know we’re doing something right.” [City Pages' Picked To Click 2019, by Tigger Lunney]