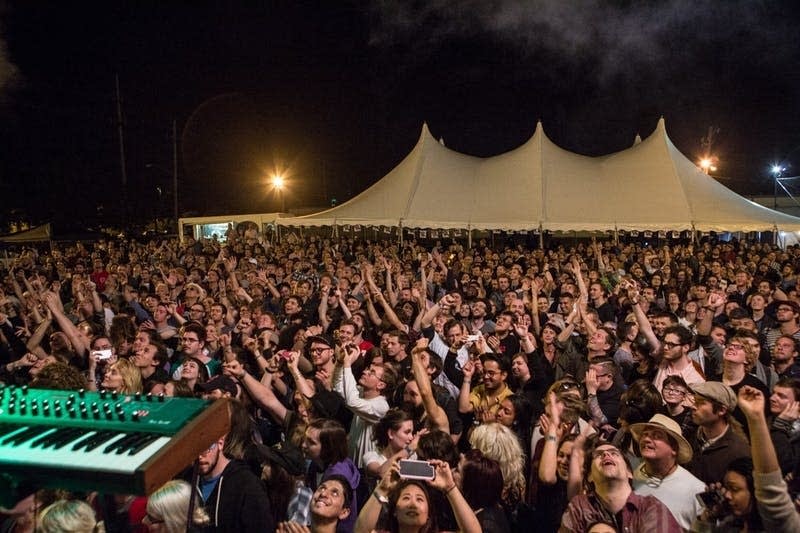 
21+ after parties Inside Memory Lanes


DaiKaiju (Performing Sun. 5/24 @ 9:20 pm) Daikaiju (stylized "DaiKaiju") is a kaiju-themed surf rock revival band from Huntsville, AL, now based out of Houston, TX. The band formed in the winter of 1999, and has played shows across Europe, Eastern Asia, and North America. Rock and roll lovers worldwide cannot get enough of their amazing live show.


Sweet JAP (Performing Sun. 5/24 @ 7:20 pm) "....Reckless abandon. Skinned knuckles and injured backs, bodies (usually the band members’) flying around the stage and into the crowd, all set to a soundtrack of mind-blowing straight-up garage-punk by five modern masters of the form." -City Pages


Boris The Sprinkler (Performing Sun. 5/24 @ 6:30 pm) Boris The Sprinkler is a punk rock band from Green Bay, WI, originally formed in 1992. They are known for their flamboyant satirical style with a supplemental dash of bizarre imagery. The band enjoys socks, soup, and most polkas. Their latest album Vespa to Venus (Beer City Records) released Sept. 2019 reunites the 1997 lineup of Paul #1, Paul #2, Ric Six, and Reverend Nørb.


Chooglin' (Performing Sun. 5/24 @ 5:40 pm) Legendary Twin Cities rockers back with a bang! Limited time only! Chooglin’. It’s a verb — as in, to choogle. Just check your Creedence American Dictionary, it’s right there: “to ball and have a good time,” an act to “keep on” or continue. Or better yet, see the Minneapolis octet that bears the name in a super rare reunion performance.


Loki's Folly (Performing Sun. 5/24 @ 4:10 pm) Loki's Folly is an indie-punk duo comprised of two young sisters who play loud. When they play, they bring you into their world. A world where influences like Sleater Kinney meet the tradition of Swedish Kulning in the best possible way.


The Von Tramps (Performing Sun. 5/24 @ 3:30 pm) The Von Tramps have an eclectic style offering a new take on the Minneapolis underground sound which combines Ramones-esque punk tunes with cheeky lyrics and introduces a new wave of rude girl ska.


Ian Rans (Master of Ceremonies 3:00-10:00 pm both Saturday and Sunday.) Ian Rans does, and has done, so many things. He also had a TV show called Drinking with Ian. His banter really ties it all together, and he is our host for the main stage both days.