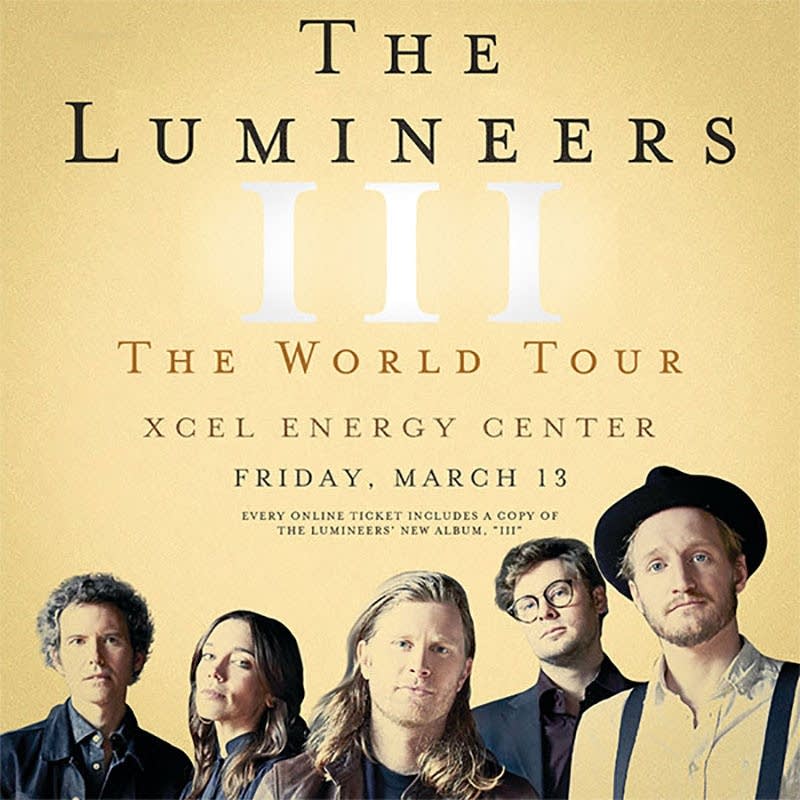 The health and safety of our fans and the people who work with us is our greatest concern. So, due to the escalating COVID-19 health concerns, we need to reschedule our upcoming shows in St Paul and Omaha.

Thank you for showing up every night and supporting us on this tour. All of the shows have been amazing, and although we would most definitely prefer to continue the tour, we feel it is in the best interest of all involved at this time to follow the advice of health officials to limit gatherings of large crowds.

All tickets for the shows will be honored for the rescheduled dates. Should ticketholders choose to seek a refund, they will be available at Ticketmaster.

We are truly grateful for your understanding, and we look forward to seeing you later this year. Our hearts go out to the families affected by this pandemic.

On The Lumineers’ audacious new album, III (Dualtone, September 13), every note, every syllable, and every moment of silence in between is emotionally charged. Through its course, songwriters Wesley Schultz and Jeremiah Fraites make it emphatically clear that the arrangements don’t have to be dense for the songs to be intense.

For this pivotal project, Schultz and Fraites brought Simone Felice back into the fold and added violinist Lauren Jacobson. Felice helmed the group’s chart-topping, certified platinum second album, Cleopatra (2016), and Jacobson has now appeared on all three Lumineers’ albums and has played with them since 2011. She has also joined the band as a touring member, joining pianist Stelth Ulvang, bassist/backing vocalist Byron Isaacs and multi-instrumentalist Brandon Miller. (After eight years, cellist/vocalist Neyla Pekarek left the group in 2018 to embark on a solo career.)

The work is titled III not just because it’s The Lumineers’ third full-length album, but more significantly because nine songs are presented in three chapters, each focusing on one of three main characters (in addition to the nine songs the album contains an instrumental plus three more bonus songs that don’t fit in the narrative). The chapters also serves as the visual bookend for a sequential video series comprising the nine tracks, each directed by Kevin Phillips (whose 2017 film Super Dark Times is streaming on Netflix).

Tickets go on sale to the public on Friday, September 27 at 10 a.m. Sign up for Cross Currents to get access to a special presale on Thursday, September 26.