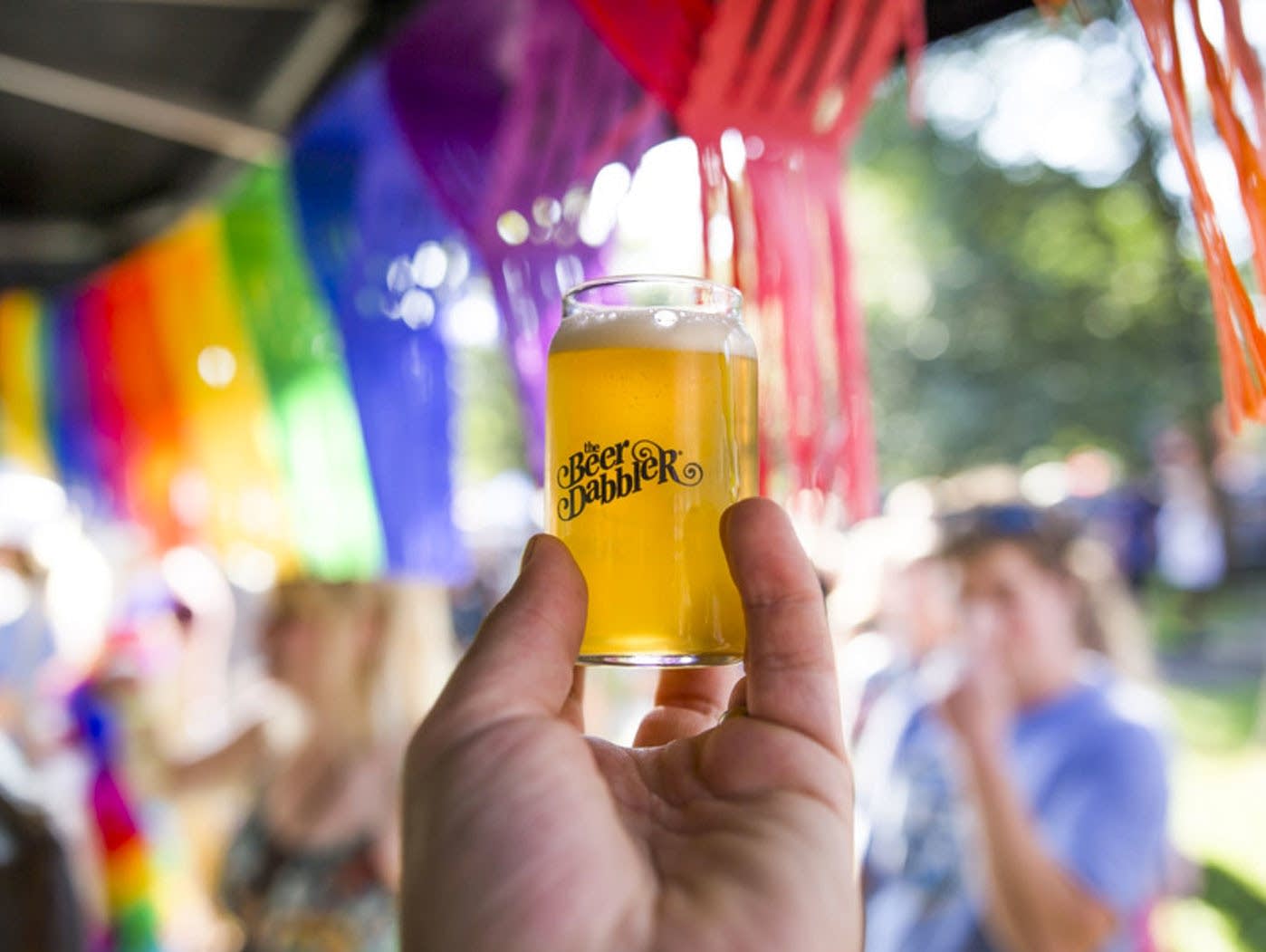 Pride Beer Dabbler is back for the ninth year to kick off Twin Cities Pride weekend with a night of craft beer sampling from Minnesota breweries, live music, and fun activities.

This year’s festival features craft beer and cider from 65+ local breweries and ciders, all enjoyed in a new location—the beautiful Minneapolis Sculpture Garden!

DJ Shannon Blowtorch is a fan favorite for the Pride community who is known for her eclectic music collections and her incredible ability to read a crowd and keep the party bumping. Shannon has been named "Best Club DJ in the Twin Cities" countless times by local publications, and is guaranteed to bring the party to Pride Beer Dabbler 2021.

booboo is a non-binary Black trans woman interdisciplinary producer and musician based out of Minneapolis, MN. One of her main goals is to elevate the voices and visions of Trans Black artists in Minneapolis and beyond. booboo was selected as a City Pages Picked to Click artist in 2019 and has received critical acclaim from local and national publications for her boundary-pushing sound that incorporates elements of R&B, hip-hop, and electronic music.

Named after the group's charismatic lead singer Tim Dooley, TIMISAROCKER is a 4-piece punk-ish band from St. Paul, Minnesota. Thanks to a dynamic live show that fuses a pop sensibility with gritty punk rock energy, the band has gained a loyal following in the local music scene. TIMISAROCKER are all about breaking down barriers and advocating for those who suffer from mental illnesses, hoping that their music brings them peace of mind and reassures them that they are not alone.