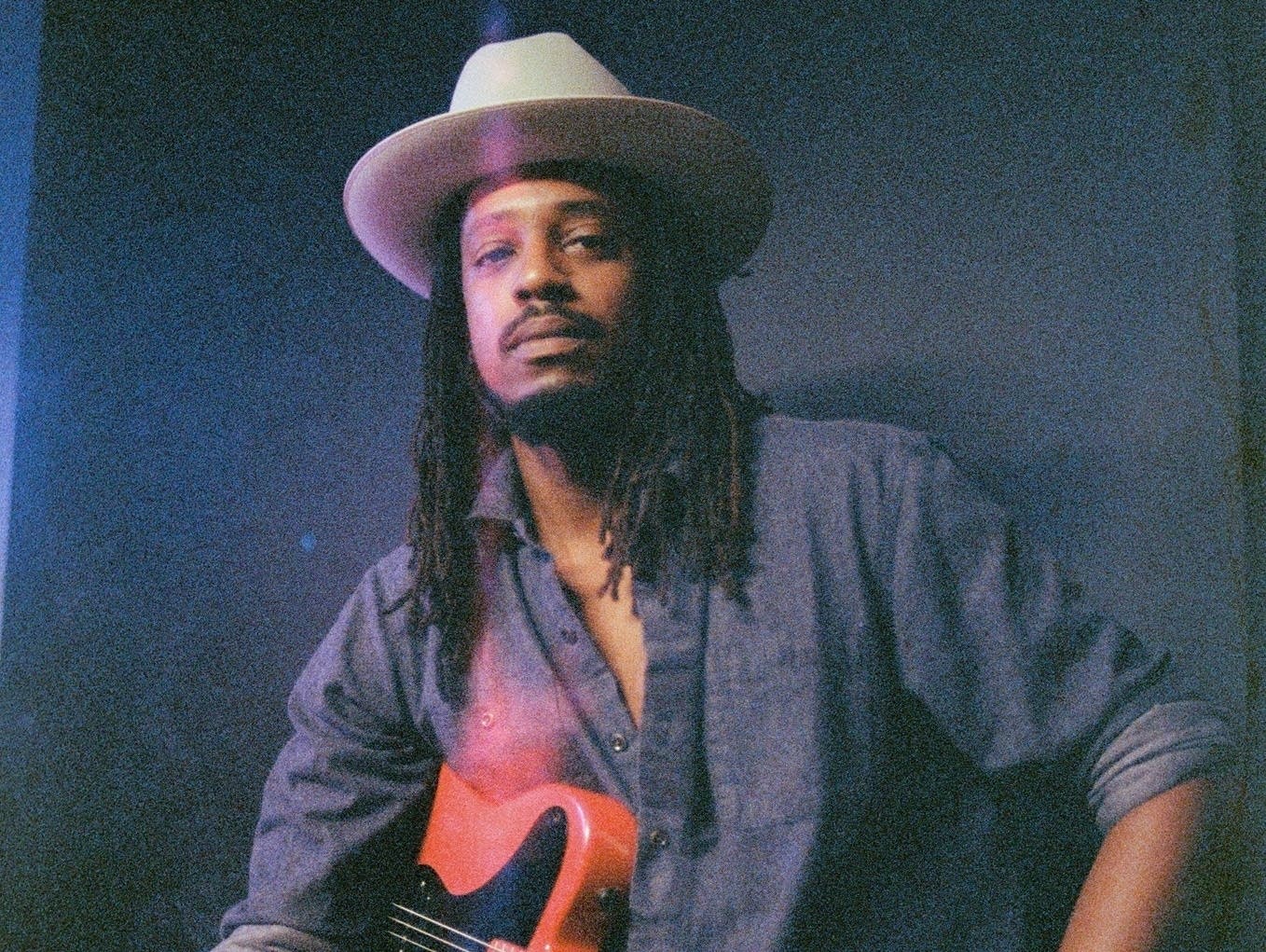 Effective immediately, all concerts and events at First Avenue and associated venues will require either proof of a full series of COVID-19 vaccination, or proof of a negative COVID-19 test taken in the prior 72 hours. More info HERE.

Black Joe Lewis is the realest motherfucker there is. When Covid sidelined his touring this past year, he started laying concrete to help support his baby mama and his kid. That’s fuckin’ real. When Joe and his band, the Honeybears, popped onto the national stage over a decade ago, many critics embraced him but still, there were some that maintained that they hadn’t paid their dues.

Joe’s still here. Still going. Still cashing checks and snapping necks. The dues of hard work; the delirious heights of the industry, as well as the disappointments and low-hanging fruit. Through this all, Joe’s only honed his mastery over gut bucket blues guitar and his true voice. It’s a vital and distinctly American voice that never anticipated the attention he wound up receiving, never went looking for it either. It just started happening.

The garage, the blues, the propulsive and synergistic live performances that inhabit the spaces of James Brown, Lightnin’ Hopkins, and the MC5…those things happened naturally from the very beginning and could only be accurately communicated in the live experience, not a press release or a slick brand campaign. Sharon Jones, Charles Bradley, Cedric Burnside and Lightnin Malcolm, The Dirtbombs, Detroit Cobras, the Strange Boys; these are some of the artists that Black Joe Lewis and the Honeybears shared countless bills with; almost a roll call of the most influential soul and garage bands of the last twenty five years.

Has the soul blues garage explosion from that era been commodified or worked into the overall template of pop rock? Sure. But the ground floor was a vital space for people that like guitars and grease and at this point Black Joe Lewis is one of the last standing that was there. Last of a dying breed. Or maybe a missing link. Does this make him a throwback? A throwback to a throwback? It’d be tempting and easy for Joe to go along with that but nah, we don’t think so.

We know that Joe Lewis is genuinely doing his thing and that he’d do it regardless of what’s coming down the pipe. A stone cold original and a veteran at that. If you like whistling in your music and some floppy hat, quaky kneed dudes cloyingly singing at you, then you might not “get it” but whatever…there are enough intrepid, degenerate weirdos that do. Those are the folks Joe cares about. Not the glad handing set. Not the fair-weather friend set getting down with the flavor of the month. Like the title of his last album says, “the difference between me and you” is Joe defining for himself that there’s the belabored wannabes and then there’s dudes that actually “HAVE the blues”...whatever the hell THAT is! Joe’s concrete pouring boss is gonna miss him.

While the focus is on Gusto, the band’s legacy has come into view with two of its Nineties songs trending. “Beckers Note” is featured in hundreds of TikTok videos with over 4M views while “This Picture” is featured in the critically acclaimed movie Pink Skies Ahead (Jessica Barden, Marcia Gay Harden, dir. Kelly Oxford) alongside songs by Dinosaur Jr, Smashing Pumpkins, Hole and more.

2018’s No More Questions was released during a West Coast tour opening for Gin Blossoms. That LP featured Dicky Barrett (Mighty Mighty Bosstones) and Britta Phillips (Luna) and was praised by Brooklyn Vegan, NPR, Paste, The Big Takeover, Alternative Press, Under The Radar and more. Singles charted on the Submodern chart with support from SiriusXM, The Current/NPR and more. The band hosted a 6 episode web-series and their music video for “Obliterate” starred Sons Of Anarchy/Mayans actor Michael Ornstein. Since reforming in 2016, Big Mother Gig has performed with Gin Blossoms, Soccer Mommy, The Posies, Luna, Peelander-Z, Alvarez Kings, The Yawpers, and more.

BMG’S Richard Jankovich is also known for Burnside Project (Bar/None, Sony) who’s “Cue The Pulse To Begin” became the theme to Queer As Folk and Pocket, a persona Jankovich used to remix Radiohead, Beck, and others to acclaim.