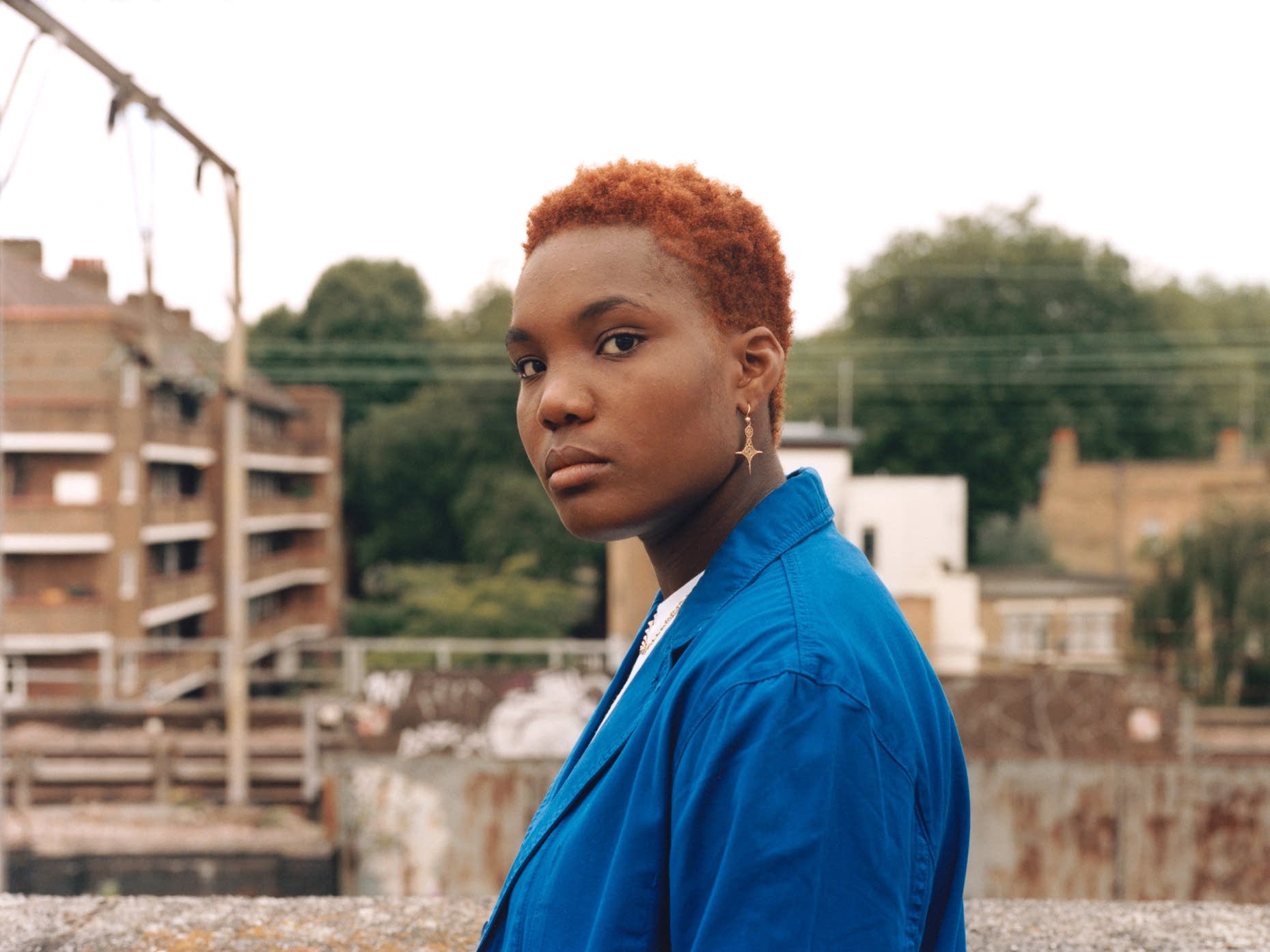 
In Arlo Parks’s world, words are as useful as photographs. Luscious, expressive vignettes pepper the poetic lyrics in her sweet, ruminative indie-pop songs. Born Anaïs Oluwatoyin Estelle Marinho, the 20-year-old from West London - who burst onto the scene with 2018’s “Cola” - uses poetry as her songwriting compass, weaving vivid imagery and sensory touches throughout the stirring, honest stories that make up her already-rich body of work. “I was really interested in the idea of delving into a hyper-specific moment and making it feel universal, making it something that people could connect to,” Arlo says about drawing from poetry in her approach.

A sensitive child, Arlo grew up in a peaceful part of town. “There wasn’t that much to do, and I was a pretty happy kid, I was very much in my own little world,” she explains, describing spending her free time exploring creative ways to express her emotions. “Because I was feeling a lot, I started writing quite young,” she says, referencing poets Gary Snyder, Mary Oliver and Pat Parker, and more who inspired her to write. “It’s that cinematic quality that can make you feel like you’re plunged into someone’s subjectivity,” she adds about poetry’s impact. Arlo recalls a gift from her uncle—a record collection that included classics from Sade, Earth Wind & Fire, and Bob Dylan—and choir practice as fundamentals to her musical side. Like most kids her age, she grew up digging around on YouTube for music, discovering Portishead, Odd Future, Elliott Smith, Joni Mitchell, King Krule, and an eclectic range of music to root herself in.

When she was 14, Arlo downloaded Garageband and started making beats to rhyme her poetry to, which over time naturally morphed into singing and the dulce soprano that sets her apart in today’s music climate. In 2017, she took a chance and submitted her recordings to BBC Introducing, which led to her first interview, management, and recording contract. In the summer of 2018, Arlo dove into her first EP, collaborating with producer Gianluca Buccellati on 2019’s acclaimed Super Sad Generation. “We were in an Airbnb in London, just writing, taking photos, and going for walks,” Arlo remembers - they ended up writing the songs in just 24 hours.