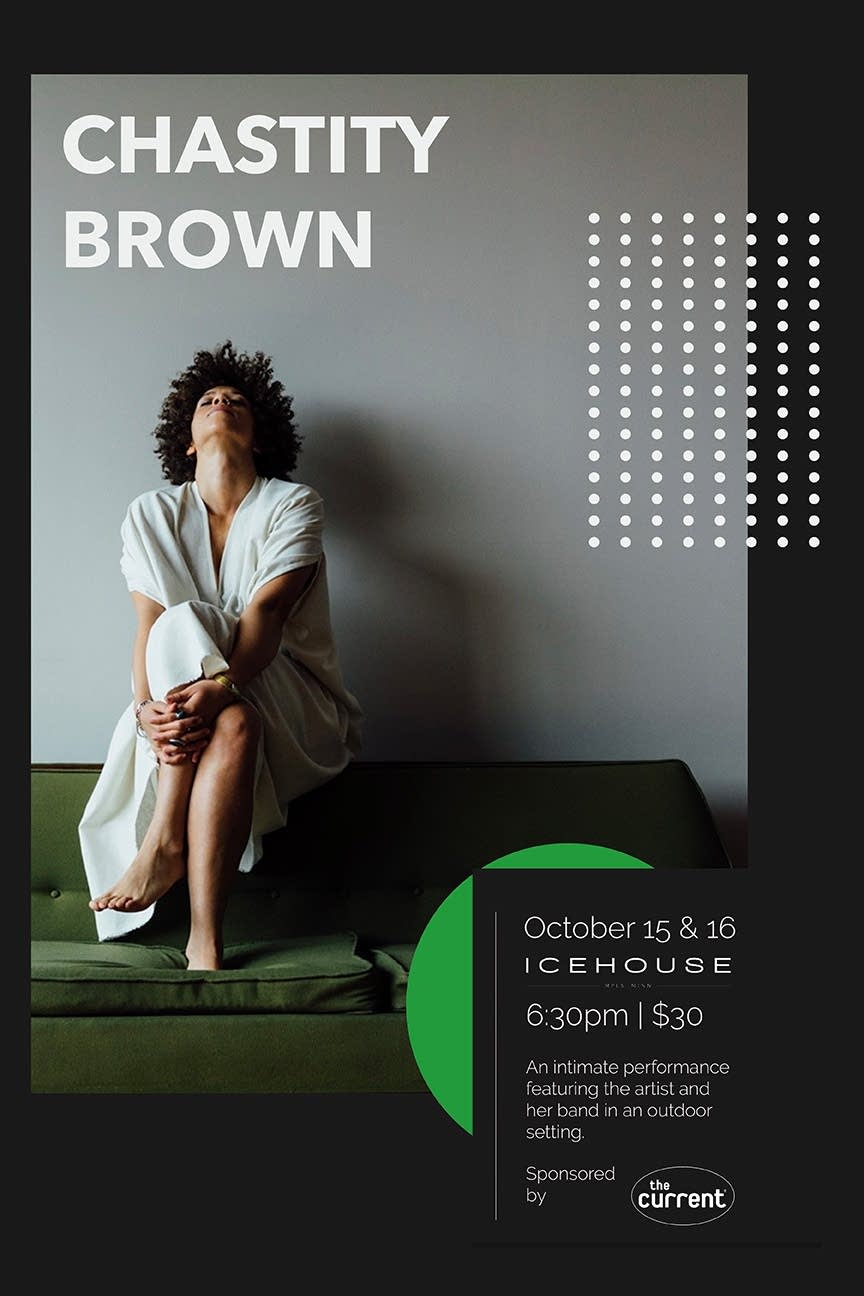 
Based in Minnesota, but with roots in Tennessee, Chastity Brown grew up surrounded by country and soul music. In the gospel church of her childhood, she played saxophone and drums and found her singing voice and a passion for music. Her first show was in Knoxville, TN, and then it was on to Minneapolis. Since then, Brown has been featured on NPR’s “Favorite Sessions”, CMT, American Songwriter, the London Times, Paste Magazine and many others. She has toured the U.S. and abroad, appearing on the U.K.’s Later…with Jools Holland. She has received praise from The Current, Star Tribune, City Pages, and Lavender Magazine, headlined the First Ave Mainstage and performed at The Walker Arts Center’s Rock The Garden, and Eaux Claires Music Festival. Her work has been featured in television and film, including the BBC and HBO television movie, Mary & Martha, starring Hilary Swank.

Recently she made her Bonnaroo Music Festival debut and toured extensively with Ani DiFranco and Andrea Gibson in support of her latest album SILHOUETTE OF SIRENS. In 2019 she was a featured artist alongside the MN Orchestra, presenting an evening of her own songs directed by Osmo Vanska. Chastity Brown is also a 2021 McKnight Artist Fellow.

“What I’ve realized is that the personal is political,” Brown said in a recent interview. “Just by me being a bi-racial, half-black, half-white woman living in America right now is political. Just being a person of color, a queer woman of color, for that matter, is freaking political. I write for and from the marginalized experience,” Brown says. “For the truly triumphant spirit that’s been through some shit, and has fought her/his way through it to maintain a sense of dignity and peace of mind.”

“To listen to Chastity is to lose yourself completely in the sorrow, joy, yearning and wonderment of a hopeful voice that never stops searching; a voice so enormous and evocative that it seeps down past your skin and bones and settles right down into your soul.” Andrea Swensson, The Current