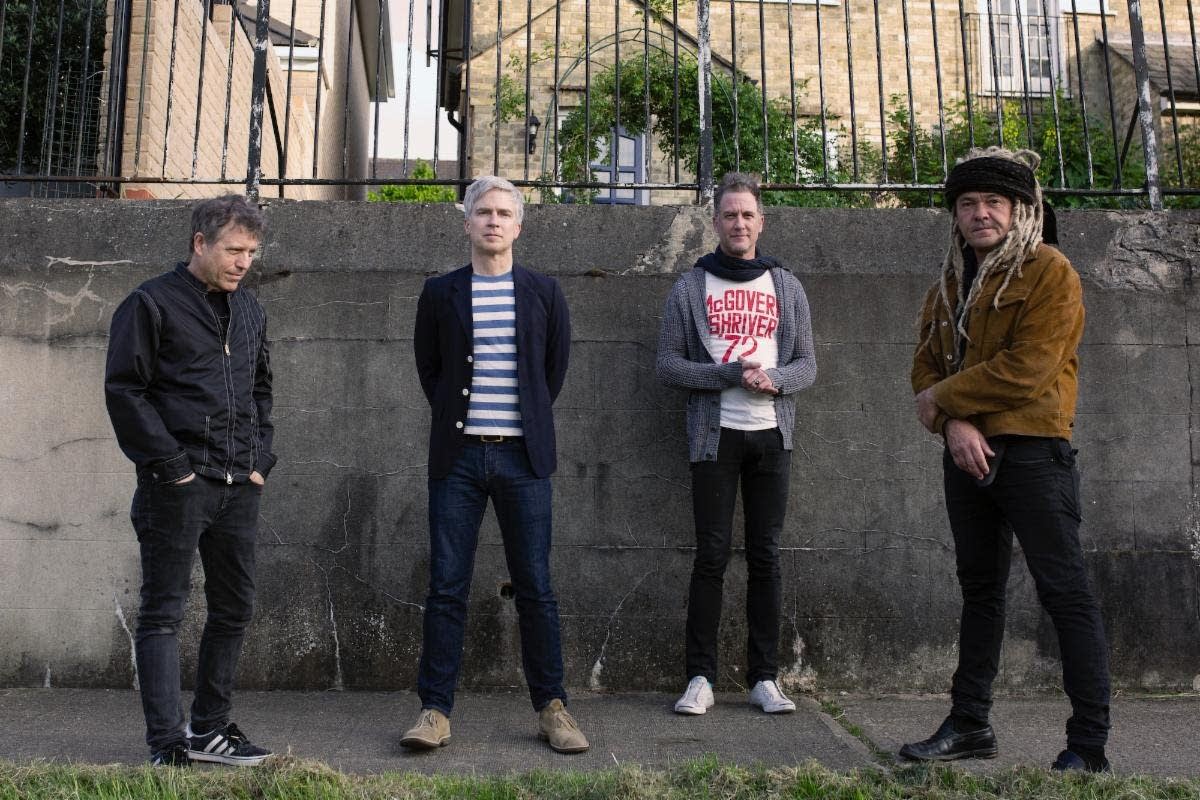 
This show was originally scheduled for April 24, 2021. It has been rescheduled and will now take place on November 13, 2021, and had been moved from the Fine Line to the Cedar Cultural Center. All tickets purchased for the April 24, 2021 performance will remain valid for the new date, so please hang on to your original ticket for entrance.

With their ninth studio album, Nada Surf -- Matthew Caws, Daniel Lorca, Ira Elliot, and their longtime friend and collaborator Louie Lino -- continue pursuing their humanistic vision of the world through hooky, catchy rock songs with sharply drawn, yet tenderly felt lyrics. Never Not Together is a wide-ranging collection of songs that revel in the group's ability to evoke and reflect grand and intricately wrought emotions, whether through sweeping guitar solos or hushed-whisper vocals.

"Empathy is good, lack of empathy is bad, holy math says we're never not together," Caws declares at the end of "Something I Should Do," a crashing power-pop track with an insistent melody that adds urgency to his thoughts about 21st-century life. The concept of "holy math" which informs that line -- and the album's title -- was inspired by a Justin Vernon appearance on the Song Exploder podcast, where the Bon Iver leader talked about the interconnectedness of humans. "We're all together, and that's just the way it is, and the way it always will be," says Caws. "That's the sacred truth of it."

That idea of being linked and searching for connection is a common theme of the album's lyrics, which depict people hunting down answers by peering within and reaching outward. "Looking For You," which opens with a spectral choir and blossoms into a rock spectacle with crashing strings and two guitar solos -- one played by Caws, the other by frequent Nada Surf collaborator Doug Gillard -- seeks solace in doctor's visits and grand metaphors. "So Much Love," which Caws wrote as part of Hits president Karen Glauber's annual SXSW session, is a driving, yet kind-hearted reminder that love and connection are in the air -- even if, in the immediate, it's lurking in the mists of one's sent-messages mailbox. "Mathilda," meanwhile, shifts time signatures as it switches perspectives on a childhood spent apart from the crowd, mulling over what "masculinity" meant even at a young age. 18+