State Sen. Paul Koering walks through a maze of townhomes in a Baxter neighborhood. The Republican from Ft. Ripley is ringing doorbells and passing out campaign literature.

Koering's Senate District 12 is in the center of the state, with the fast-growing cities of Brainerd and Baxter at its core. Koering, 41, faces a primary challenge on Sept. 12 from fellow Republican Kevin Goedker. 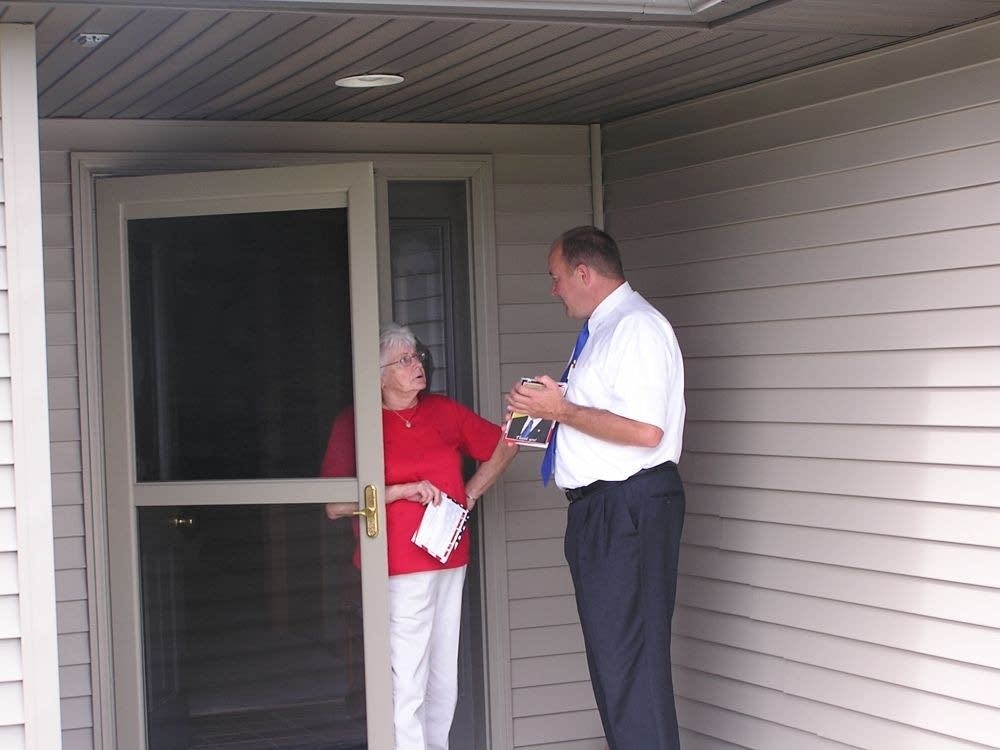 Paul Koering talks with a voter in a Baxter neighborhood. (MPR Photo/Tim Post)

Koering's campaign strategy is simply to tell people what he's done in St. Paul since he was elected.

"I'm mindful that I represent everybody, Republicans, Democrats and Independents alike, and that's how I vote. I vote how I think the people in my district want," Koering said.

Koering defeated DFL Sen. Don Samuelson in their third head-to-head contest in 2002. Samuelson was a 34-year incumbent at the time. After his victory, Koering was seen as a determined political giant-slayer. 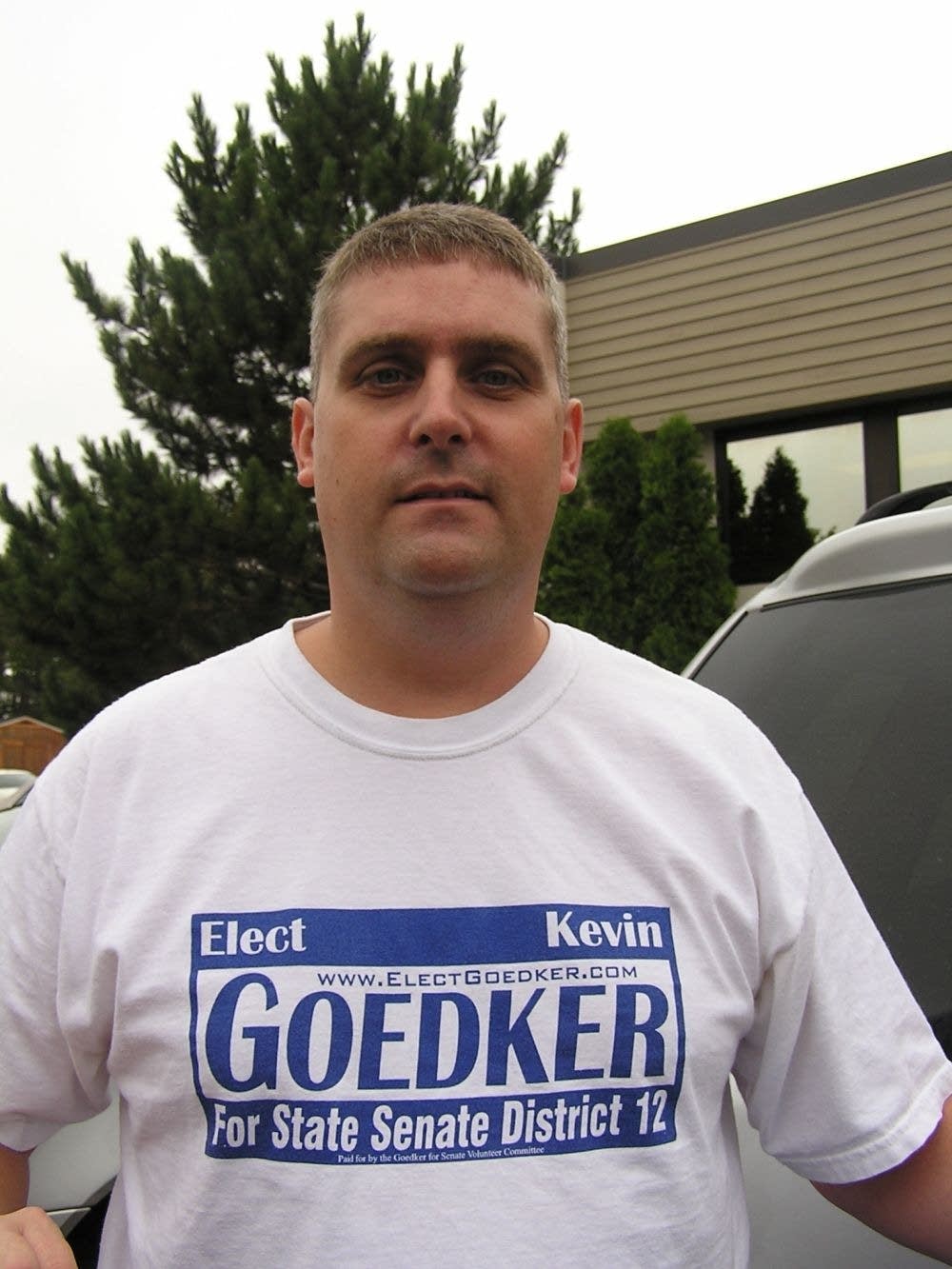 It was in the midst of a contentious debate in the state Senate over gay marriage. Initially Koering was the only Republican who voted against an effort to bring a constitutional ban on gay marriage to a vote on the Senate floor.

Other Republicans criticized him for his stance. Koering says he objected to how the bill moved through the legislative process. He reminds constituents that later in the session, he did vote to take the issue to the Senate floor.

"If you look at my record, I voted no one time and I voted yes three times. And I have told my constituents when this comes up again in the next legislative session, I'll be voting to put it on the ballot," Koering said.

Koering thinks his sexuality shouldn't be an issue in an election, and it shouldn't matter to constituents.

"The fact that I'm gay, never, never comes up. I don't think that's a huge concern with people," Koering said. 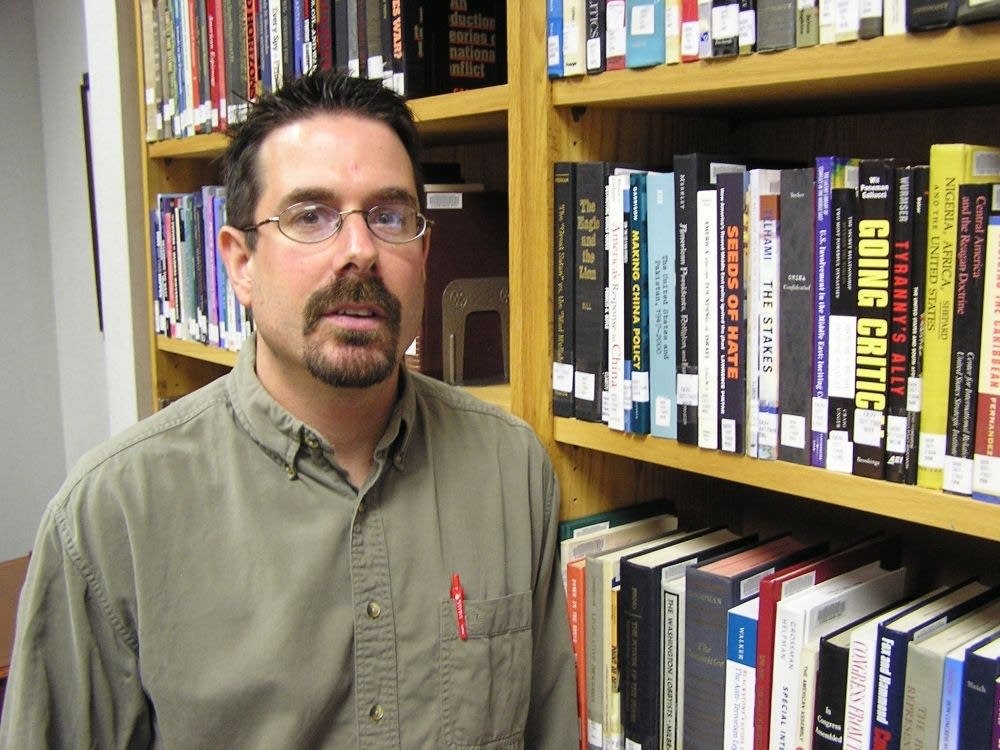 But Koering still thinks that's the sole reason he's being challenged in a primary.

His opponent is Kevin Goedker, 34, a former Marine who sits on the Brainerd City Council. Goedker says Koering is not conservative enough for this Senate district.

"I don't see somebody out there representing me and my family. So with no other choice, I felt it necessary to step forward and represent the values of my family," Goedker said.

Goedker failed to win his party's endorsement this summer, losing to Koering. But Goedker says the fact that it took the incumbent seven ballots to win endorsement proves a primary challenge is viable. And Goedker maintains his challenge is not about Paul Koering's sexuality.

"If that was the only reason I was running, I would've announced a year ago that I was going to run against him then," Goedker said.

One political watcher says despite that assertion, many people feel this primary challenge has everything to do with Koering's personal life.

"Just about any public pronouncement will make reference to values, morals and gay marriage," says Michael Ceriello, a political science professor at Brainerd's Central Lakes College. "And you don't have to read very far between the lines to know exactly what he's talking about," Ceriello said.

Senate District 12 is considered conservative, but Ceriello is not sure Republicans will vote against Koering in a primary election because he's gay.