It's late afternoon on a beautiful spring day and inside a meeting room at Blue Cross Blue Shield of Minnesota's Eagan headquarters, a few shy of a dozen employees assemble care packages for 14 soldiers. The men and women joke and assist one another, working around a large, oblong conference table.

Along one side of the table is a line of cardboard boxes, each the size of about two and a half shoe boxes. On the other side, and on both ends, are piles of treats and other stuff.

"What do we have?" asked organizer Molly Dahl rhetorically. "We have Gatorade, we have instant coffee and fruit snacks and water balloons, and gum and baby wipes and playing cards."

Eye drops, pens and paper, Oreo cookies, crackers and cans of pineapple are also packed into the boxes. 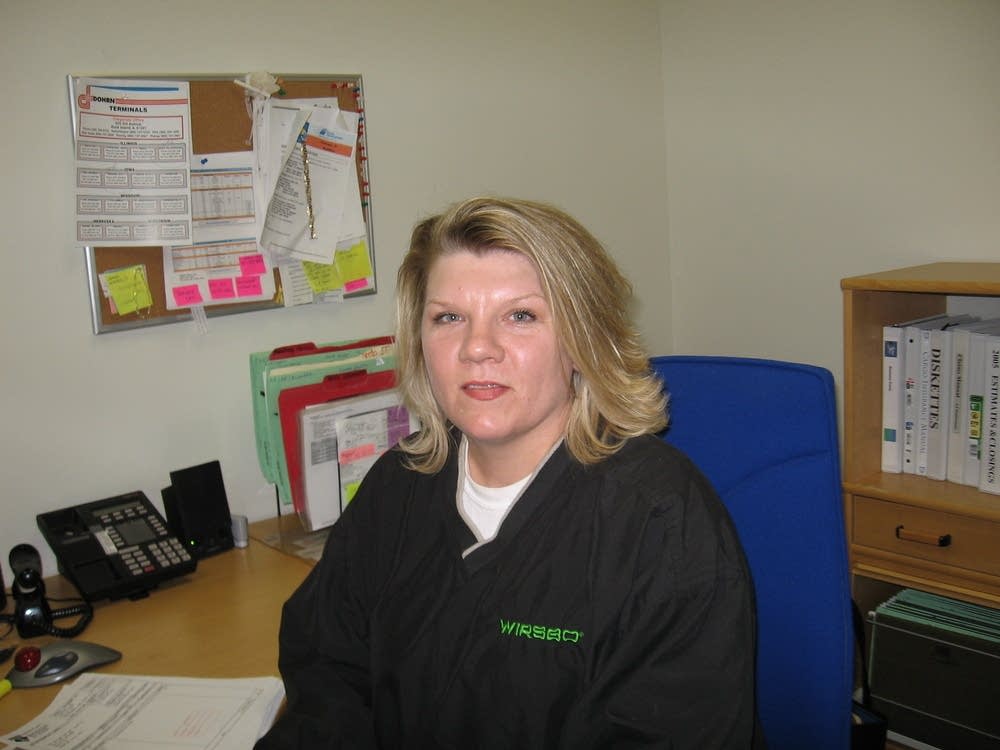 "It's amazing how much you can fit into a small box. You'd be surprised. You just have to be creative about it," says Dahl, who says she had been filling boxes for troops at home with her sister.

When some colleagues expressed interest in helping out, she brought the effort to work. She says she has no direct connection to the military, any relative or friend serving.

"It was just something -- it was our way of supporting people who are overseas and we just didn't want them to feel like they were forgotten or what they were doing wasn't worthwhile," explains Dahl. "And you know it's kind of nice to have comforts from home. Put a smile one somebody's face, it's kind of nice. It makes you feel good, too."

Tom Broich is a new addition to the care package group. 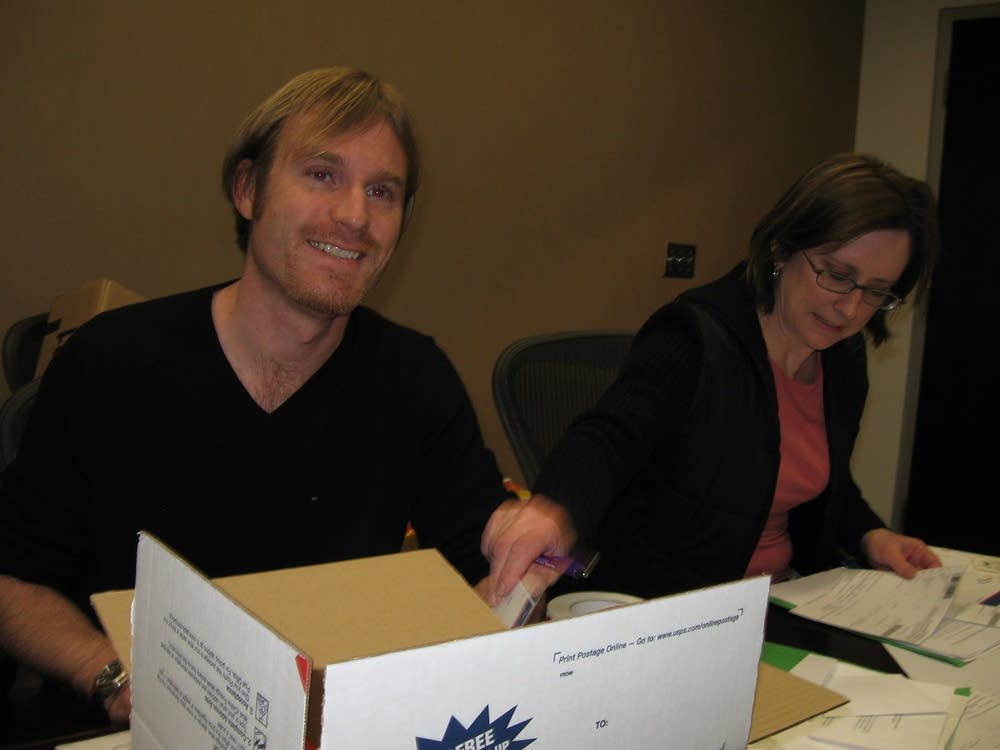 Tom Broich is a new addition to the care package group. "This is actually my first time packing. I think it's a good opportunity to let the troops know that we're thinking about them when they're over there, and possibly give them some comfort," Broich says. (MPR Photo/Mark Zdechlik)

"This is actually my first time packing. I think it's a good opportunity to let the troops know that we're thinking about them when they're over there and possibly give them some comfort," Broich says.

At the other end of the table is a care package veteran by the name of Dawn Riha. She's been assembling care packages under the "Operation Minnesota Nice" program since it began.

Riha's husband was deployed to Kosovo a few years ago with the National Guard. He reported back to her that some soldiers don't get any mail.

"It was such a sad story to hear about the troops that never received a package or any type of reinforcement or even a card or a letter from home," Riha says. "They need to be reinforced."

Throughout Minnesota, groups like the one at Blue Cross Blue Shield gather to put together packages for the troops. They do it at work, at church, at VFWs and American Legions and at home.

Since Denise Jorgenson began organizing Operation Minnesota Nice in the fall of 2004, more than 20,000 packages have been sent through the effort. Right now she says her loosely organized group of about 800 people is sending monthly packages to more 1,200 members of the military.

And like herself, Jorgenson says, most of the people sending Operation Minnesota Nice care packages have no direct connection to the military.

"For the most part it's really been word of mouth and people wanting to do something. So many of us don't have someone in the military, don't have somebody who's over there, and this is one way we can make a difference," Jorgenson says.

As the war drags on and opposition within the U.S. to having troops in Iraq mounts, Jorgenson says interest in helping the soldiers on the ground has not fallen off. She says the news of the Minnesota Guard's deployment extension has energized packers, some of whom have been coming up with interesting morale-boosting themes boxes.

More recently, Jorgenson says one group put together garden boxes. Kids decorated cans like faces and then they sent the soil and grass seeds for hair.

Jorgenson says in many cases, she and the other care package assemblers never hear from their soldiers. The only requirement the group has for its recipients is that without Operation Minnesota Nice, they would receive little or no mail.