Camille Gage was a child during the Vietnam war. She recalls clearly seeing sobering images of flag-draped coffins being brought home to American soil on the evening news. Years later she found herself watching reports on the war in Iraq, but she noticed this time, the coffins were missing.

"And I started thinking why aren't we seeing these?," says Gage. "Where are these really iconic, important images that you see during war time?" 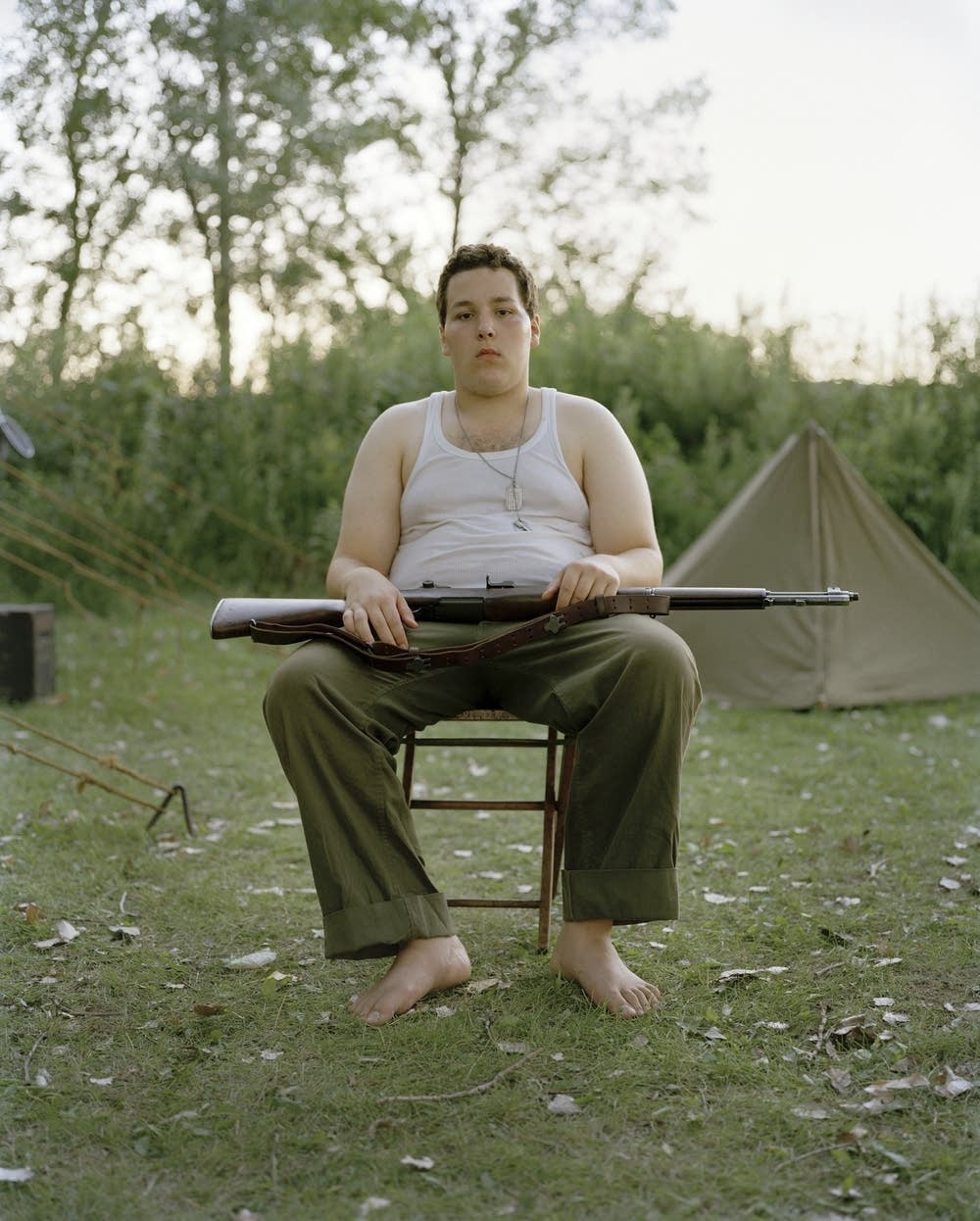 Gage feels strongly that by not showing certain images, the government is hindering the public's ability to make informed decisions about the war. Gage went hunting on the internet and eventually did find a few images of coffins. They were only made available to the public after someone made a request under the freedom of information act. They were images of soldiers carrying coffins aboard planes.

"And inside of these military transport planes there is just so much stuff," says Gage. "All kinds of lights and cords and duffle bags and things that are pinned down to the floor and other personnel so in many cases these coffins exist inside this incredible visual noise."

Gage started manipulating the photographs, removing all of the, as she calls it, "visual noise" that surrounded the coffins. The results are powerful. A single coffin draped in an American flag or soldiers lifting a coffin, all surrounded by darkness. Gage says she's riffing off what the government did; she's showing the viewer only what she wants them to see. 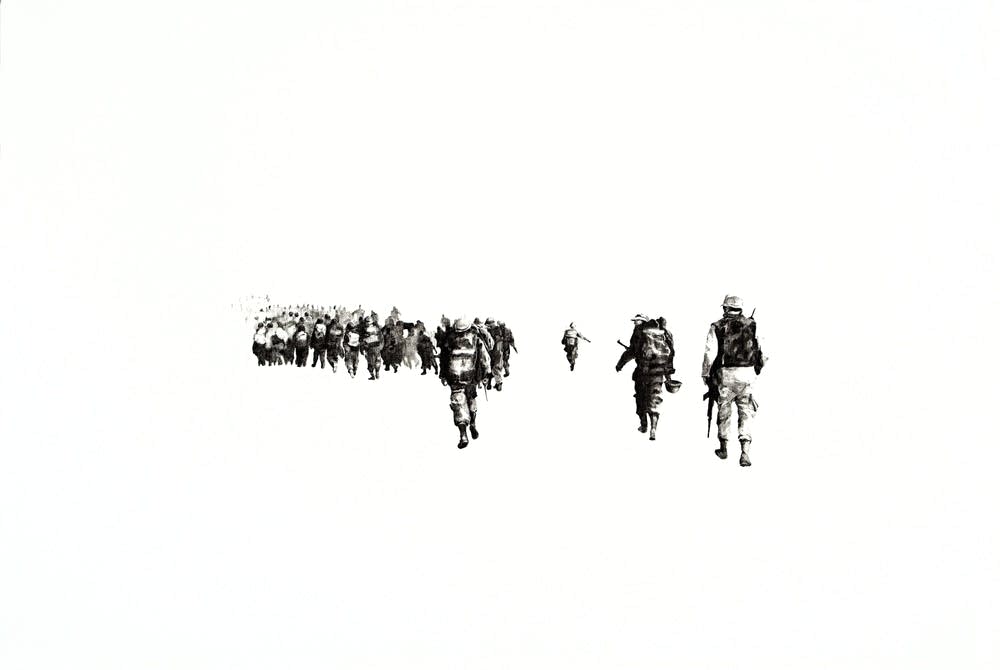 Megan Vossler Platoon, 2006 Graphite on matboard 32 x 40 inches Artist Megan Vossler found images of soldiers on assignment on the US Army's website. She then created her own drawings of the images, forcing herself to get to know each image intimately. (Image courtesy of Megan Vossler)

Gage's work is part of an exhibition of three Minnesota artists called "War Mediated" currently on display at the Minneapolis Institute of Arts. Matt Bakkom co-curated the show. He says all the artists deal with how we perceive information about a war that he says we can never fully know or understand.

"There's just too much information about this war in the end," says Bakkom. "I mean you can listen to the radio every day and hear a lot about it. And somehow we have to sort out the information that we keep and that we don't keep."

One artist took pictures of Minnesota war re-enactors portraying Russian battle scenes from World War Two. The images look authentic, until you notice suburban ranch houses in the distance. Artist Megan Vossler found images on the US Army's website of soldiers doing reconnaissance work . She then recreated them in meticulous detail, using pencil and paper. 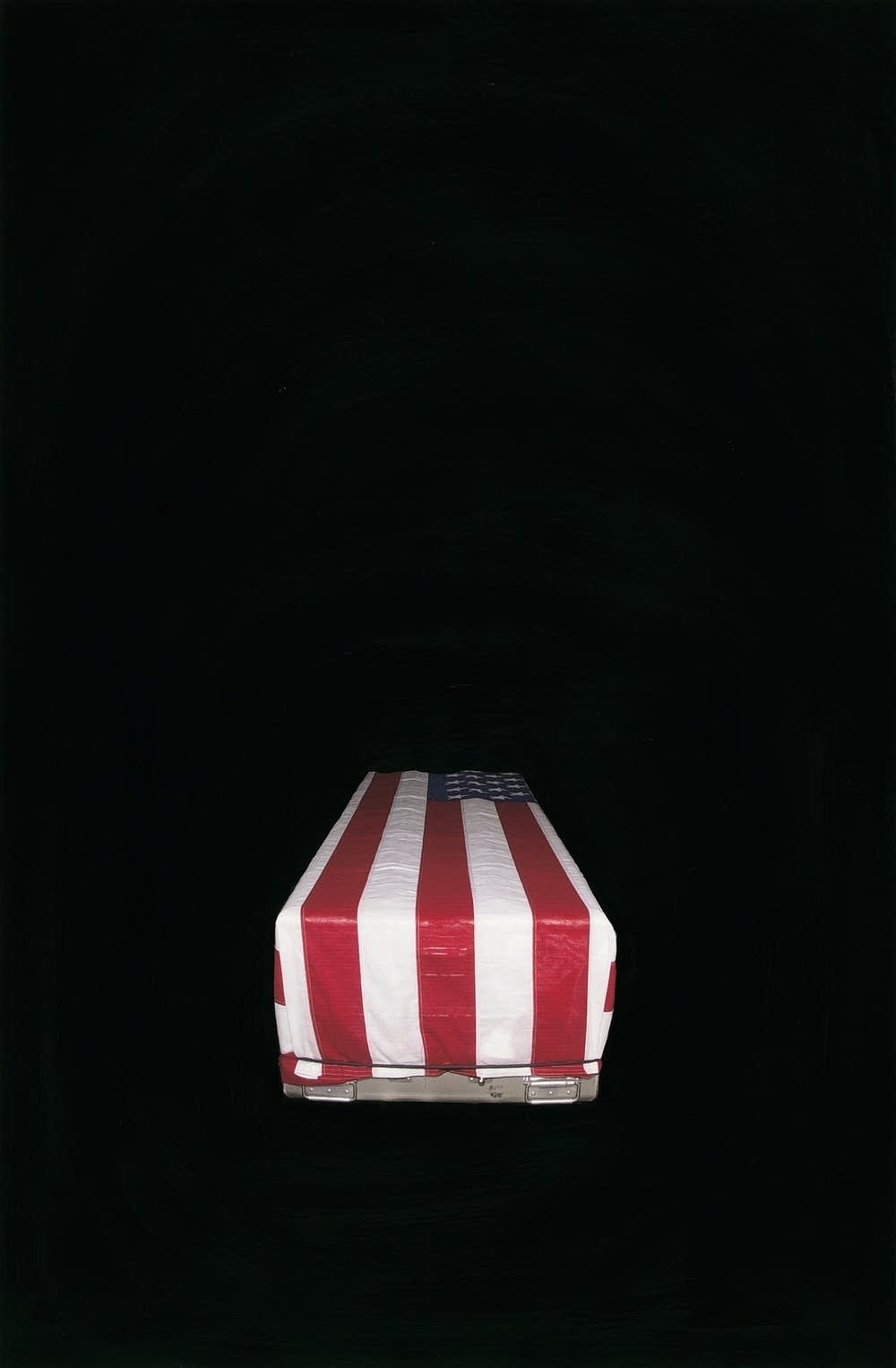 The result is a series of intimate drawings of everyday military activities, walking through a sheep field or staking out a hilltop position. Vossler hopes that some of the questions viewers will ask are the same as those they'd ask about the war in general. Why are these soldiers here? What is their purpose?

"Some of these figures, the soldiers who are lying there on their stomaches looking into the distance just kind of waiting for this event that they have to react to, something about that really speaks to the way that I think we're living today in a very anxious time, in a time with a lot of suspicion and a time with a lot of ambiguity," says Vossler. 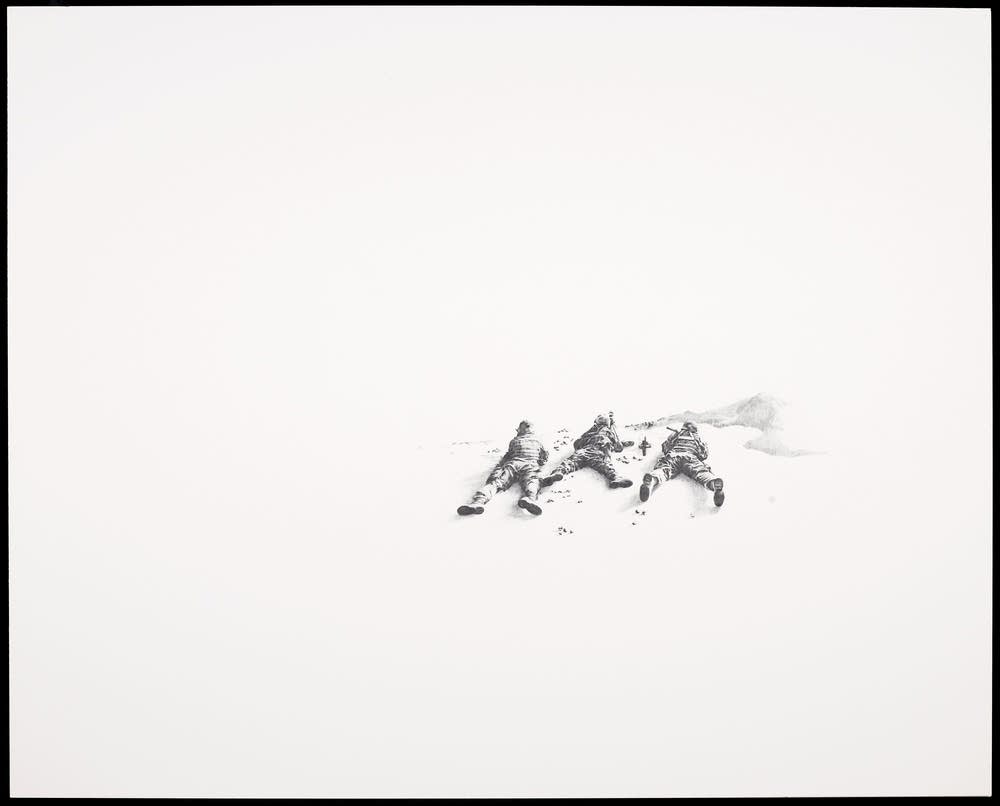 War Mediated runs through October 28th at the MIA. Dona Schwartz is a photographer who teaches journalism and mass communications at the University of Minnesota. She says she was impressed by how the artists have created images that compel a viewer to stop and linger.

"We're so unaccustomed to that," says Schwartz. "We feel as though an image just splashes our retina and that's it, we're done, we've taken from it all that we need."

Schwartz says it's important for people to understand that as consumers of images we are responsible for making sense of what we see. And in some cases, for finding out what we're not seeing.