Some opposition is predictable -- from property owners who would lose land to right-of-way, and others concerned about wetlands and oil spills.

But this project is getting lots of flak from people worried about climate change. Janette Brimmer is with the Minnesota Center for Environmental Advocacy.

"While there are concerns about the landscape through which the pipeline travels, we're quite concerned from the policy perspective with what it's carrying, and where it's coming from and where it's going," Brimmer said. "What it's carrying is oil that is produced in Alberta, Canada's tar sands, or sometimes called the oil sands region."

The Alberta tar sands hold a vast pool of oil, sometimes described as the next Saudi Arabia. But Brimmer says that oil comes with a cost. She describes the tar sands as oil-bearing dirt.

"The soil itself has oil in it. But the process to get the dirt to give up the oil is extremely energy intensive," said Brimmer. "It basically requires scooping up huge amounts of dirt in these boreal forest regions -- regions that look a lot like far northern Minnesota -- stripping away all the trees and vegetation on top, scooping up the sands or the clays, and then steaming it." 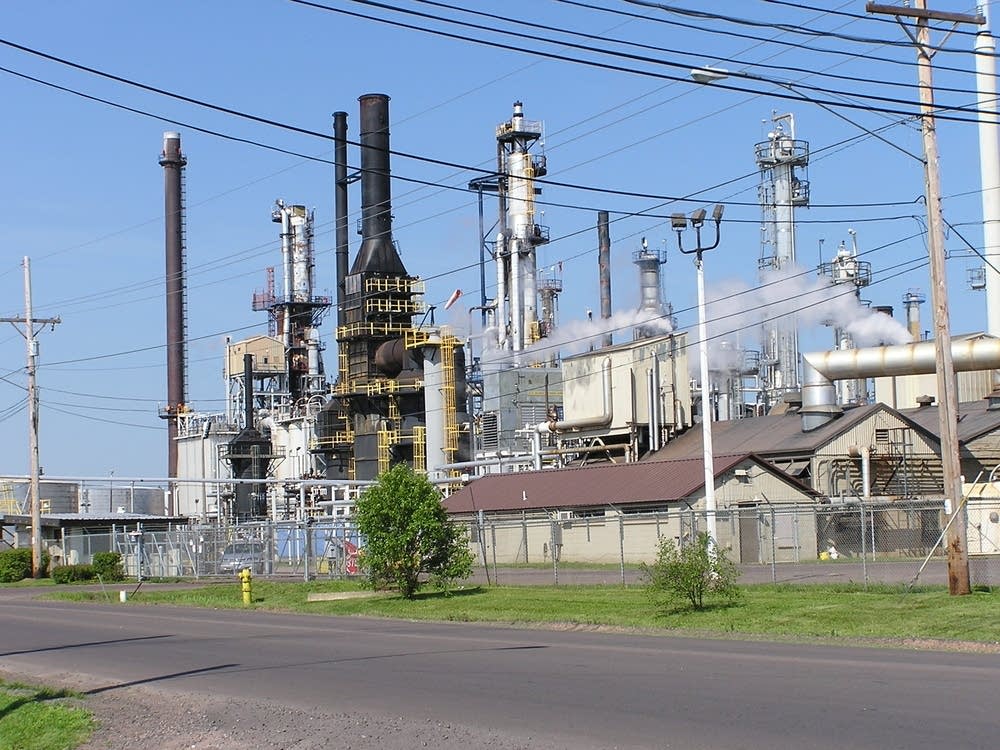 Some of the oil that would move through the Alberta Clipper oil pipeline would be destined for the Murphy Oil Refinery in Superior, Wis. Owners are considering a major expansion at the facility. Oil would also move south to Illinois. (MPR Photo/Bob Kelleher)

Making that steam takes lots of natural gas, which she says creates significant amounts of greenhouse gasses, like carbon dioxide.

Brimmer says the oil the pipeline would carry comes with too high an environmental pricetag.

"If Minnesota is going to permit this and become a player, it's our argument that we need to take a step back and think about the consequences," said Brimmer. "Especially in light of the fact that our governor and our Legislature are in many ways trying to take us in the other direction -- to be more energy conscious, to be more careful about greenhouse gases."

The MCEA is bringing its arguments to the Minnesota Public Utilities Commission, which has to sign off on the project before it can go ahead. 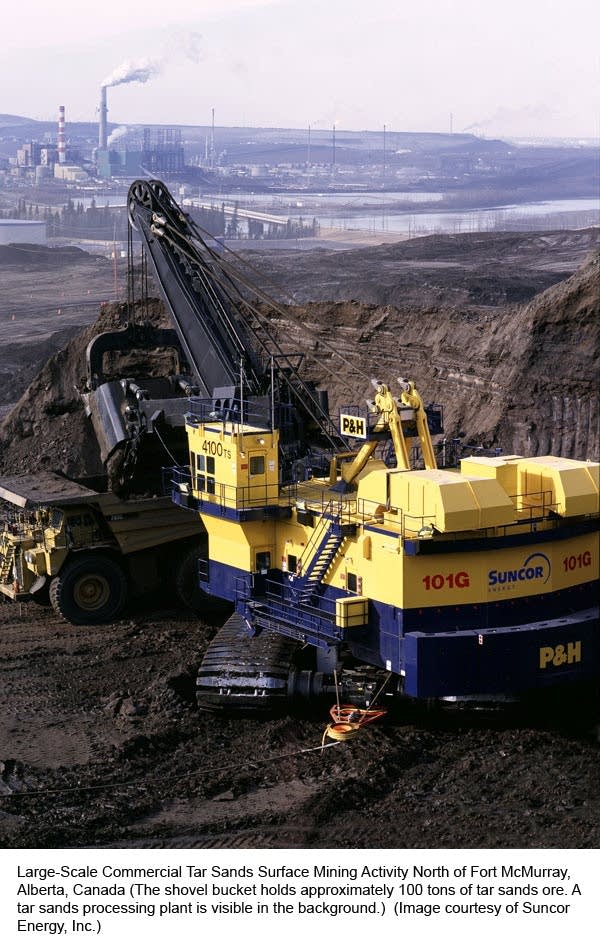 Stopping the pipeline, Hamsher says, does nothing for Alberta or global warming. 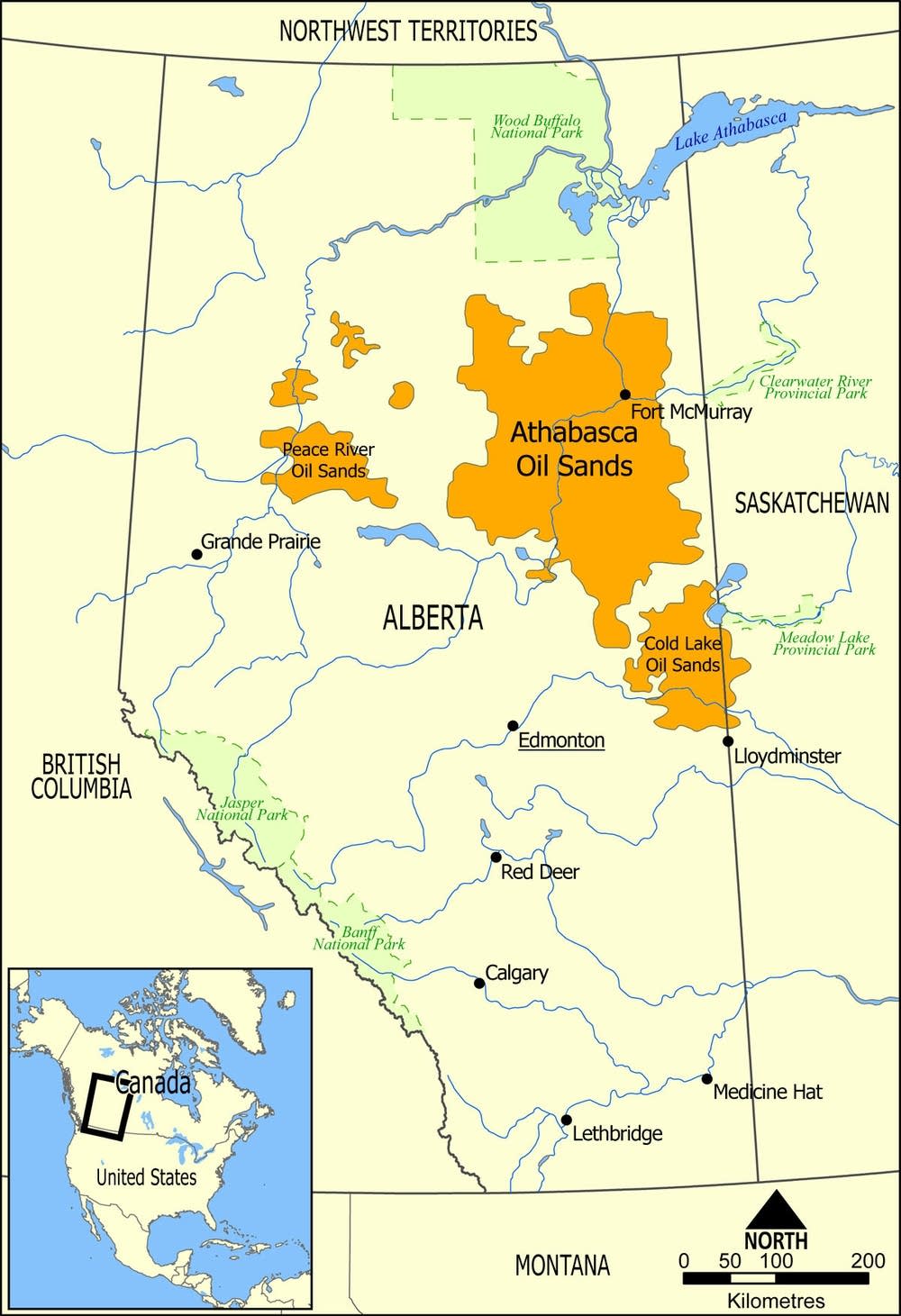 Bob Cupit, manager of the Public Utility Commission's Facilities Permitting Unit, says the PUC will balance the environmental costs of construction with the expected benefits. He says there's no established requirement to consider the source of the oil in the pipeline.

But, he says, it's not unthinkable that climate concerns could play a role.

"We're getting these kinds of debates going on in a number of different dimensions of energy supply, and we're trying to make the distinctions between the policies that are yet unsettled, and our responsibility to review these projects," Cupit said.

Canadian officials have approved the portion of the line that runs north of Minnesota. The MCEA presents its climate change arguments May 13 and 14 in a hearing before the Public Utilities Commission.

The PUC will also consider a second, smaller line that would carry a product north, from Chicago to the Alberta oil fields, to dilute the heavy crude recovered in Alberta.