Hundreds of people gathered on Harriet Island in Saint Paul Sunday to take part in Wishes for the Sky.

The second-annual event celebrates Earth Day, which will be observed around the world on Tuesday, April 22.

In keeping with the theme of global warming and clean air, people flew kites and rang wind chimes. 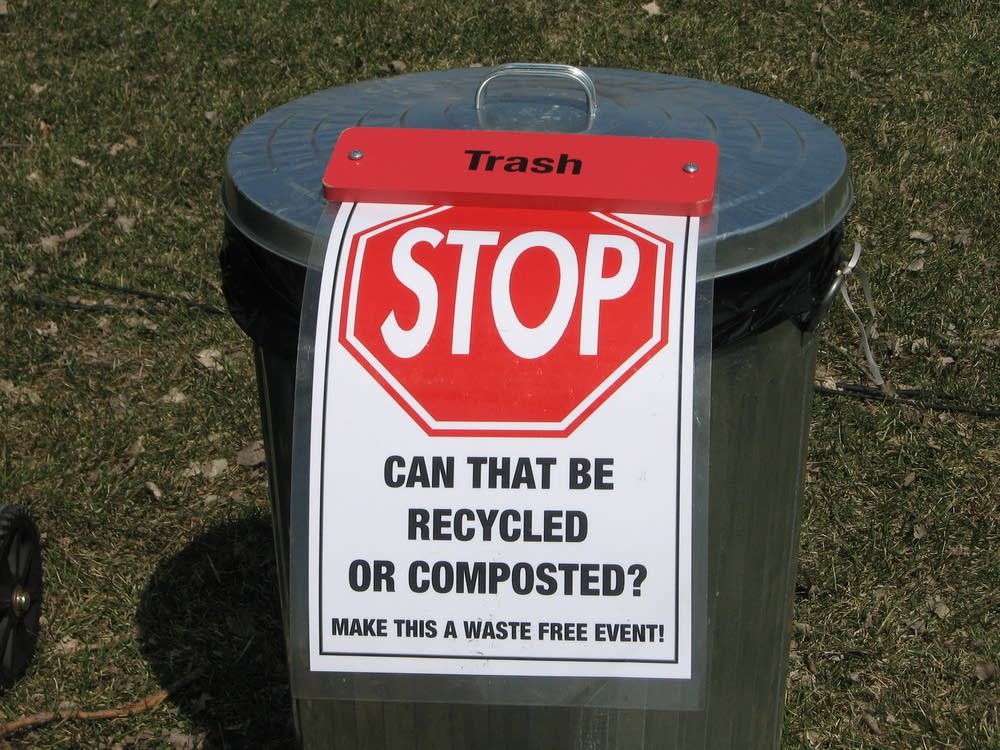 Hundreds of people gather on Harriet Island in St. Paul to take part in Wishes for the Sky. The second annual event celebrates Earth Day, which will be observed around the world on Tuesday, April 22. (MPR Photo/Jess Mador)

Flo from Saint Paul was flying a kite for the first time.

"We have so much division in this country, it's good to be attending something in which there is a sense of unity and we need more of this," she said. "I'm willing to participate in anything that will foster community on whatever scale, large or small."

"Sustainability and green energy and stuff like that is definitely getting more attention, but just the day to day stuff has really not caught on," said Schiller. "Today is supposed to be a zero waste event, and that's why there are compost bins all over, and that's why there is a big red stop sign on the waste to just make people more conscious of that part."