Mike Johnson only started his new job at Rainy River Community College in February. So, giving a tour recently wasn't without its hiccups. 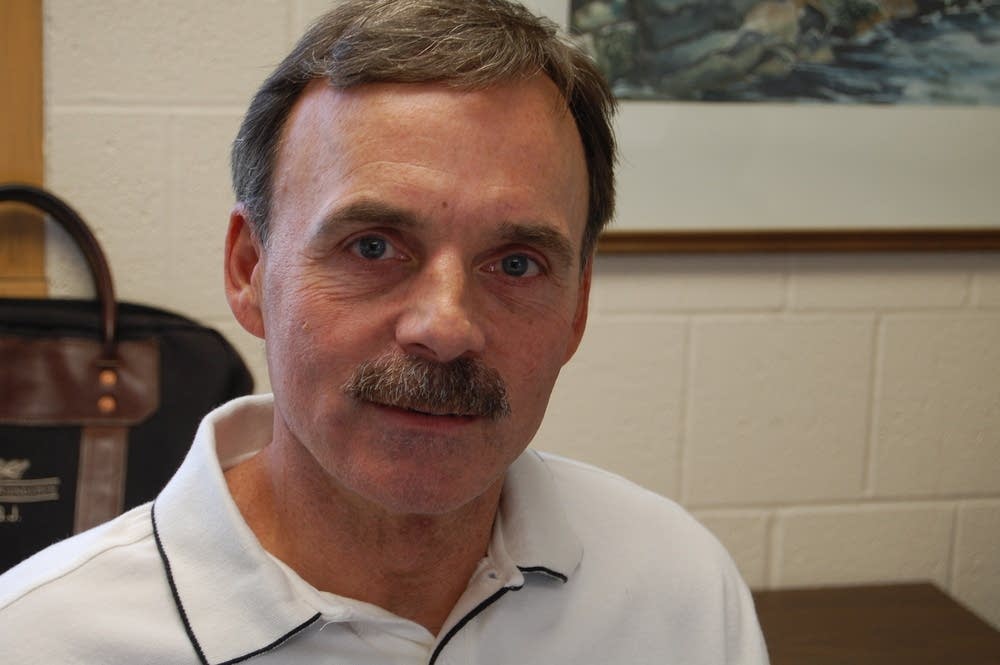 "This is the theater, except I don't know where the lights are, so we won't go in there," Johnson said, while walking through the building's empty halls. School was already out for the summer; the building is actually a number of small buildings linked by hallways.

Johnson is provost at Rainy River Community Collge, which means he runs the day-to-day operations at this small, two-year school in International Falls.

Rainy River doesn't have its own president; it shares one with four other colleges. And Johnson splits his time between Rainy River and Itasca Community College in Grand Rapids, where he's also provost. He says splitting duties this way saves money in a way that hopefully prevents places like these from facing the ultimate budget cut - closure - especially in an age with so many online classes. 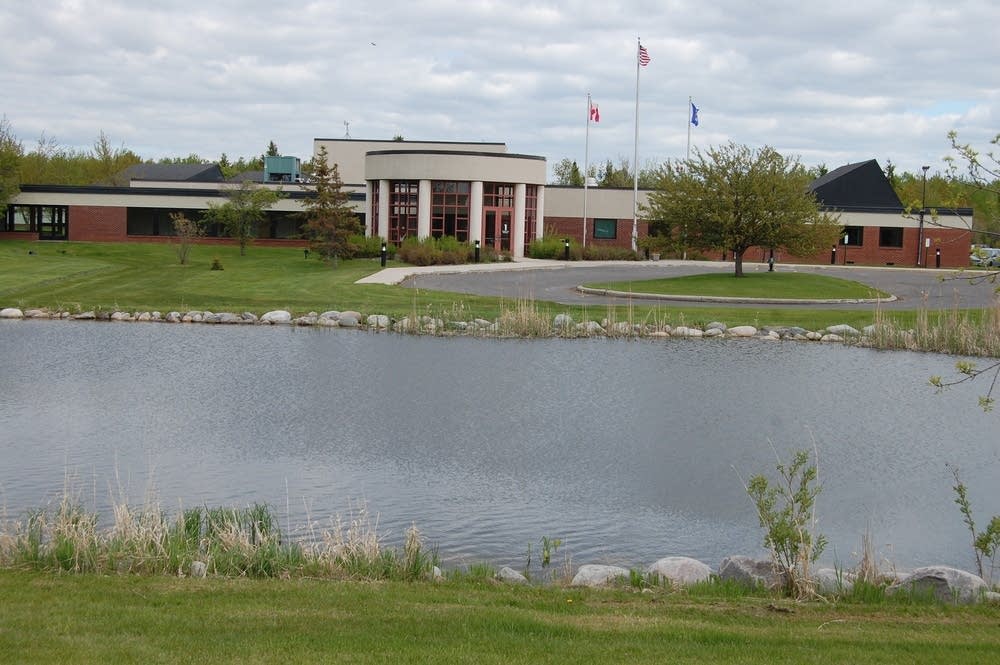 Rainy River Community College in International Falls has fewer than 300 students, making it the smallest college in the MnSCU system. (MPR Photo/Tom Weber)

"If you're going to have access - which means so many different things - it's not just physical access, which we would consider the campus," Johnson said. "But it's also having all the opportunities for student life; living in a residential hall - all the things you learn even outside the classroom that you don't get if you just strictly went online."

Such is life at the smallest school in the MnSCU system in one of the most isolated places in Minnesota. With fewer than 300 students some people in this small community wonder if there might be a day when MnSCU decides it doesn't need this campus anymore.

Pat Ettestad hopes not. She's the mother of three children who went to Rainy River.

"It's giving some student who might never have had a chance, a chance to go to school and be a doctor, a dentist, a lawyer - we've got all kinds of them," Ettestad said. "Our son was in a musical; they put on 'Godspell' that year and it was fantastic."

"I don't know if he would have had that opportunity in a bigger school." 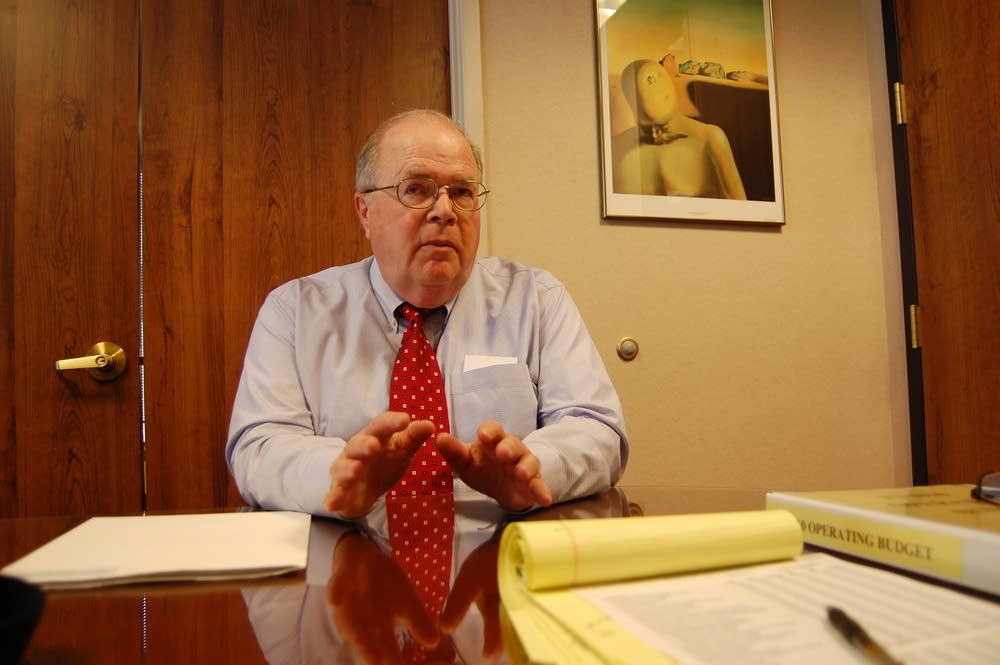 MnSCU Chancellor James McCormick says the system's proposed budget will trim staff but not close any campus. Still, he says he can't rule out closures in the future if the budget situation worsens. (MPR Photo/Tom Weber)

For the record, leaders at Rainy River and International Falls say they're confident the school is not in any immediate danger of closing. But they can't totally discard their worries because the Chancellor of MnSCU, James McCormick, has said he can't rule out closures as a cost-saver.

But, McCormick also says he understands the reasons for keeping smaller, outstate schools open. In Rainy River's case, he cites the brutal winters make it hard enough to sometimes get across town for class, let alone 100 miles to the next closest college.

"My worry is that if we close the door - if a campus maybe only has 300 graduates or 300 students - where do they go?" McCormick said, in an interview. "And what I'm afraid of is, if you close that access these students that we need so badly to be globally competitive with some post-secondary education just won't go at all."

At least one small school has already felt the pain: Lake Superior College in Duluth announced 10 layoffs last week. For a place like Lake Superior, 10 layoffs equals three percent of the staff.

So for schools like that, increasing enrollment is one way to ward off talk of closure. That's where a bad economy can actually help, since that's when schools traditionally see such bumps. Rainy River is already 12 percent ahead of its enrollment projections from this time last year.

Rainy River is also starting a baseball team next year - the hope being that just 20 more students can be an enrollment gain of nearly 10 percent.

And it is possible they can save money by not hiring a coach.

That's because Mike Johnson - the part-time provost who's now running the school - was captain of his high school baseball team back in the '70s. He also spent a few months helping run a minor league baseball team. Before moving to Itasca College, where he coached the baseball team there for 15 years.