Sherry Gray and her younger sister Suzy were born a year apart. They grew up a world apart.

"There are two ways to see my sister," Gray said. "Probably if you've never met her before, you'll see her and you'll see she's only 4'4" and she's in wheelchair, and she's only 80 pounds and she can't talk. And you'll probably hear her diagnosis, that she's profoundly mentally retarded, and has cerebral palsy and kyphoscoliosis and epilepsy.

But Gray loves to describe the sister she barely saw for 40 years, the one with better than 20/20 eyesight and an acute sense of hearing. To her, Suzy is someone who delights in wearing sparkly rings and eating banana splits.

The Americans with Disabilities Act helped change that, giving Suzy and millions of others a better life. Monday marks the 20th anniversary of the landmark piece of legislation that aimed to give disabled people the freedom to participate in all realms of life: housing, education, employment and public venues.

Twenty years later there have been many accomplishments, but many consider the ADA part of an ambitious social revolution that remains unfinished.

Suzy grew up in an institution from age 3. In those days -- the early 1960s -- doctors told parents they couldn't provide the best care for their handicapped children.

She didn't emerge for 40 years.

Sherry Gray said part of what the ADA helped do, was make it possible for her sister to rejoin the world outside. 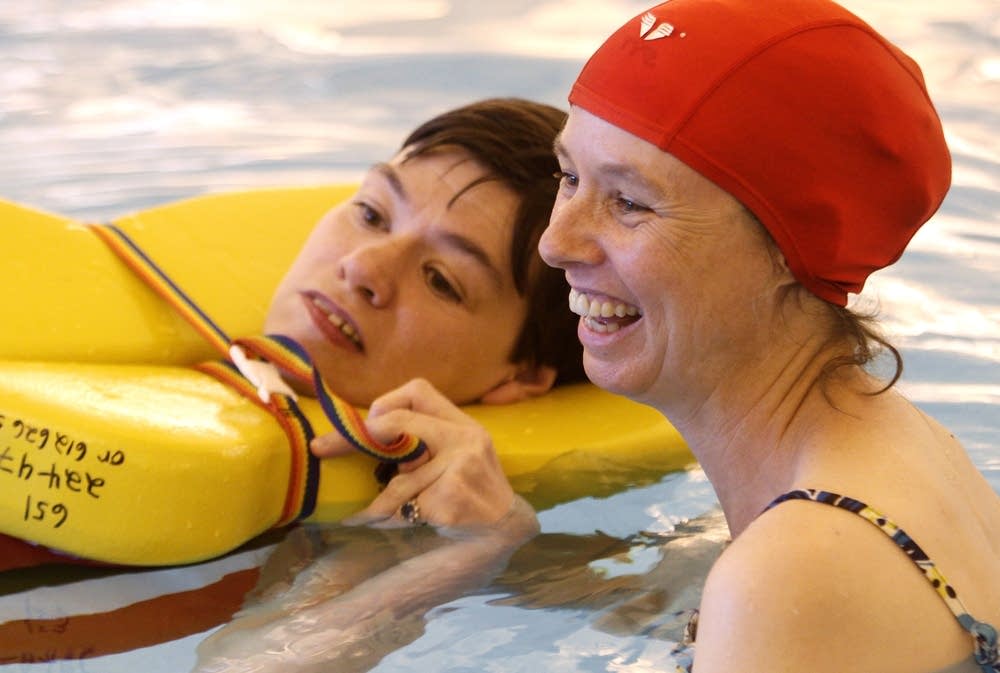 Sherry Gray, right, enjoys a swim with her sister Suzy Gray at Courage Center in Stillwater, Minn. Thursday, July 15, 2010. Sherry and Suzy, who are 13 months apart in age, swim together every Thursday. (MPR Photo/Jeffrey Thompson)

For Gray, it was a paradigm shift.

"I grew up thinking, 'My sister is a stupid person, my sister's not fully human, she should live in an institution until she dies and that the best we can do is make her comfortable until she dies,' " Gray said. "In fact, when I was a child I was told, 'Don't get too attached to her, she probably won't live past 18.' My sister's almost 50. She's 49! And she's in fine health."

In 2004, Gray became Suzy's guardian and moved her to Minnesota from Indiana. Suzy lives in a small group home, attends a day program and on Thursday nights, she swims with her sister at the Courage Center pool in Stillwater.

On those nights, Sherry guides Suzy's wheelchair down a ramp right into the pool. Suzy's head bobs in a life-preserver and Sherry holds her as she floats free of the wheelchair.

Gray said part of the reason she decided to move her sister to Newport is because of Minnesota's tradition of supportive non-profits that help people with disabilities -- places like the Courage Center, Pacer, and Arc.

Gray received encouragement to bring her sister here from Charlie Lakin, director of the Research and Training Center on Community Living at the University of Minnesota.


Sources in our Public Insight Network share how this legislation has had an impact on their lives, and what issues still need to be addressed

Lakin, who has spent four decades working on disability issues, said Minnesota shouldn't be smug as there's still much to be done in the state. Lakin sees the ADA as a milestone, not a transformation.

"You can walk down sidewalk, come to a curb cut. You can go to a hotel and you can get in. You can go to restaurant and there's a way to get to a table," he said. "That infrastructure is just terribly, terribly important. But being physically present in society is still not necessarily membership." 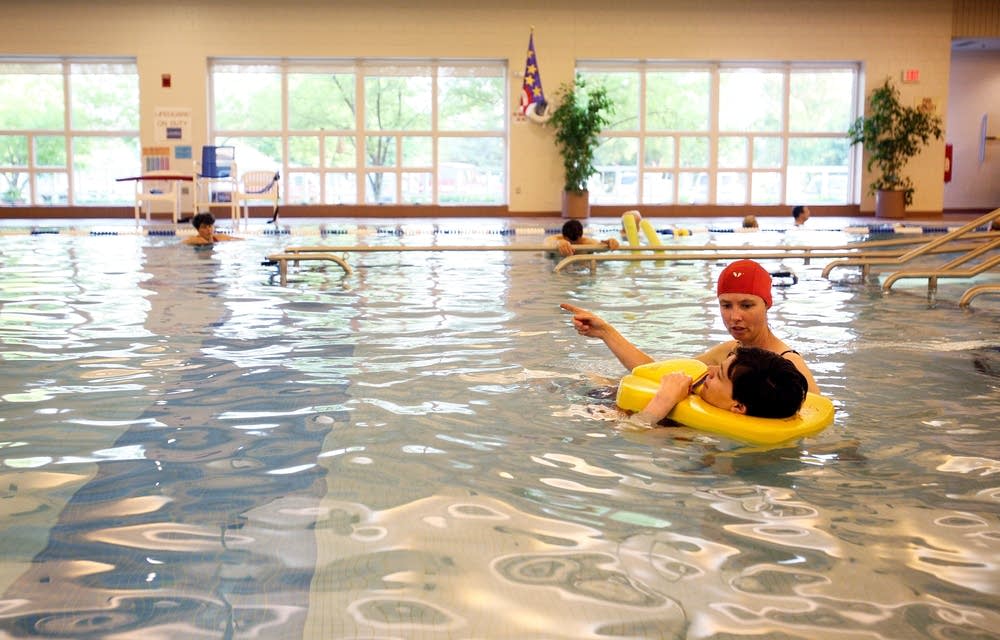 Lakin said people with disabilities still feel particularly unwelcome in the workplace. He points to a substantially higher unemployment rate among disabled people, by some estimates as high as 70 percent.

But he is encouraged by what he's hearing from the Obama Administration about enforcing the ADA.


Tom Perez, who heads the civil rights division in the Department of Justice, has made it a priority to enforce a Supreme Court ruling from 11 years ago that found the unnecessary institutionalization of people with disabilities to be a form of discrimination. Perez was in Minneapolis earlier this month to talk about what he called the "unfinished business of America" -- civil rights.

"This is about empowering people with disabilities to realize their highest and best talents and it absolutely tears my heart out to have conversations," Perez said. "I remember a person, who, he's quadriplegic as a result of an accident. He has a college degree he wants to get a graduate degree and become a counselor. But he's living in a nursing home and he can't do that while he's living in a nursing home. He's warehoused."

Perez is suing the handful of states that have been the slowest to de-institutionalize the disabled. (Minnesota is not among them.)

Local enforcement of the ADA falls to the U.S. Attorney's office in Minneapolis. Greg Brooke, who is chief of the civil division, investigates complaints, and conducts reviews, making sure hotels and stadiums are fully accessible. 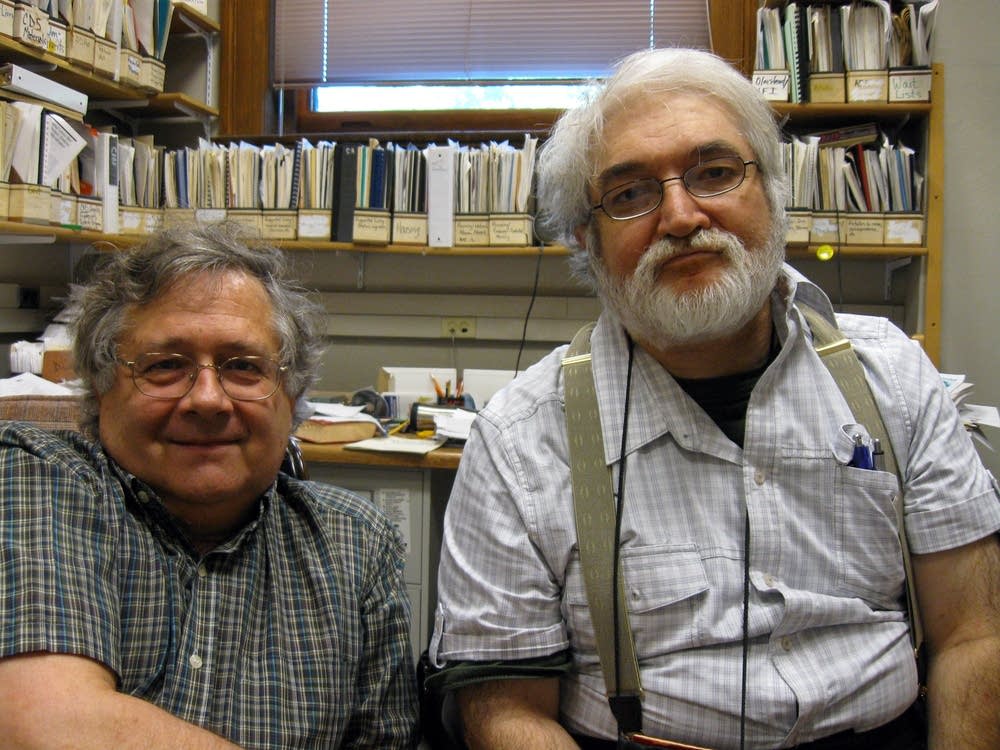 Brooker said there's been relatively little litigation needed, and most problems have been solved after his office points out deficiencies. One case that did go to trial in 2004 was on behalf of deaf and hard-of-hearing patients in hospitals.

"I think the biggest victory was our huge consent decree with Fairview which triggered other settlements with regard to hospitals and making hospitals accessible for their deaf and hard of hearing patients," Brooker said.

Well qualified sign-language interpreters are now on call for hospitals around the clock.

Back at the University of Minnesota, Charlie Lakin agrees that lawsuits and laws have helped, but he said they're not the main force behind change.

"It's really that the movement is now being run by people with disabilities themselves," Lakin said. "And I think that for me has been far more transformative than any laws or regulations. It's sort of the recognition [of] whose life this is, and who has the right to define what that life will be."

One such leader is Cliff Poetz who works down the hall from Lakin as a community liaison. Poetz is 61 with a gray beard and uses a walker. He became a disability rights activist in 1970 when he spoke out against the use of the word "retarded." He caught the attention of the late Sen. Edward Kennedy and in 1973, became the first developmentally disabled person to testify before Congress.

Poetz remembers on the trip to Washington, he shocked the overprotective staff when he went off on his own to catch a movie in the nation's capitol.

Today Poetz's goals are much bigger than eliminating the R-word. This year he was pleased that Gov. Tim Pawlenty signed an apology to disabled people for the treatment they received in state institutions.

Poetz himself lived in an institution, the Portland Residence in Minneapolis. He then lived in a small group home, and later, in subsidized housing.

He recently took a much bigger step when he put an offer on his first home.

"By the end of the day, I may make an offer which would be very exciting," he said then.

Lakin points out Poetz's journey from institution to his own home mirrors the huge shift in what's become possible over the last 30 to 40 years.

Poetz said he's looking forward to having a home of his own for privacy and an investment -- the same as any other homebuyer.