It's happening even though Sony recently discontinued the iconic Walkman. People like Steve Rosborough are not only finding new value in the cassette, but are staking their business on its viability.

All of Moon Glyph's 22 releases are on cassette, with a few out on vinyl. Rosborough concedes that digitalization has made music much more available.

"But I don't like how impersonal it's become and how cheap and disposable it's become," he said. "And so I really want to maintain that physicality, cause I find it to be a really important part of connecting with the art and finding your place in it."

A compact disc is a physical product. But to Rosborough, CDs are not only too ubiquitous, they have a tinny sound.

"I prefer analog to digital and cassettes are the best option I have," he said. 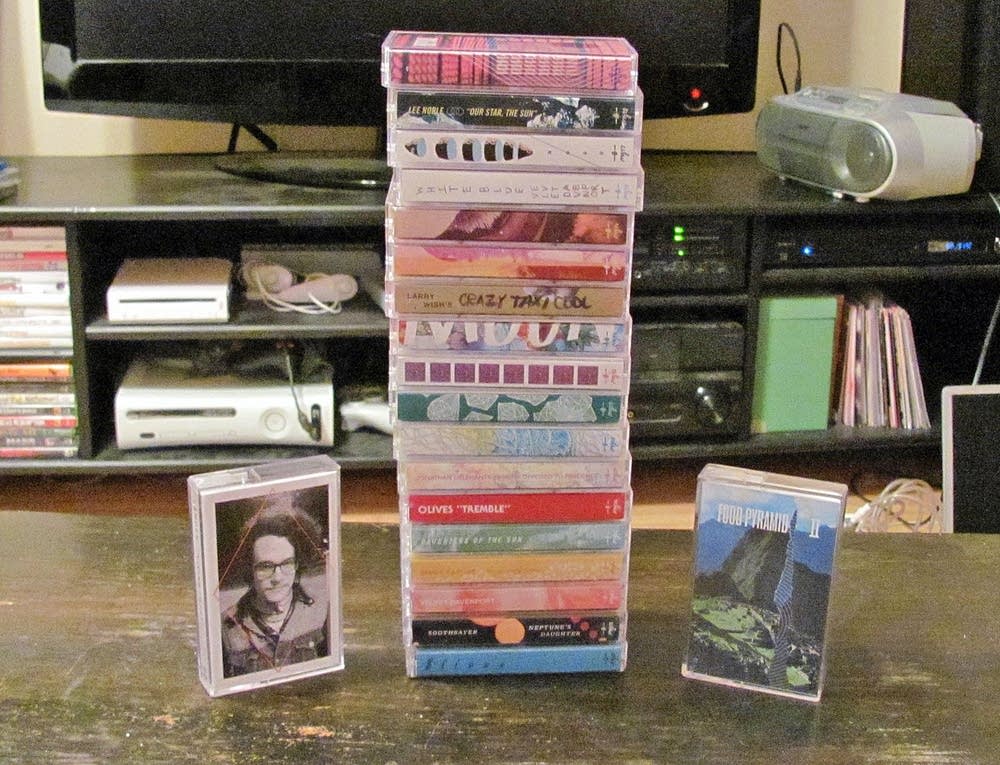 A stack of cassettes from Moon Glyph, an experimental psychedelia record label in Minneapolis. Moon Glyph puts out all its music on cassette. (MPR Photo/Chris Roberts)

They're also cheaper than LPs.

Vinyl records can cost up to $8 each to produce. Cassettes are several dollars less.

Affordability is partly why Chris Berry, owner of the one-man Minneapolis underground rock label Soft Abuse is beginning to re-release his catalog on cassette.

Berry said manufacturers often require that you order hundreds of CDs at a time to get a lower price. With cassettes, maybe because they've been out of fashion for so long, you don't have to produce as many. 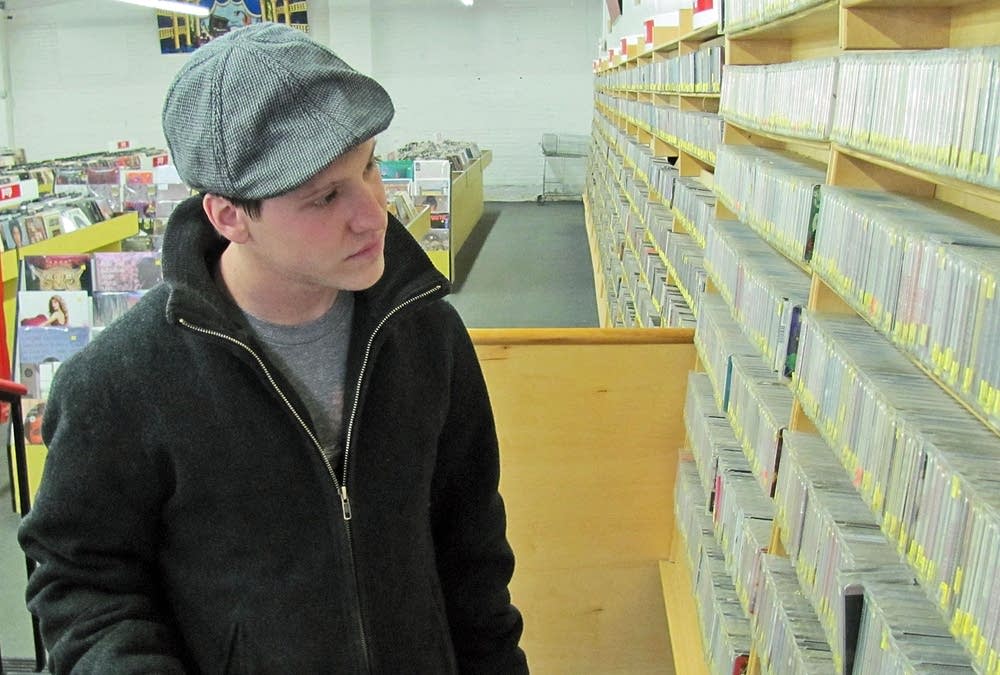 But cost isn't the main reason labels and individual bands and artists are turning to cassettes.

Chris Hontos of the synth band Food Pyramid prefers them because of what they require from the consumer.

Hontos says you can make a digital playlist, but it'll never be as personal as a cassette mix tape. 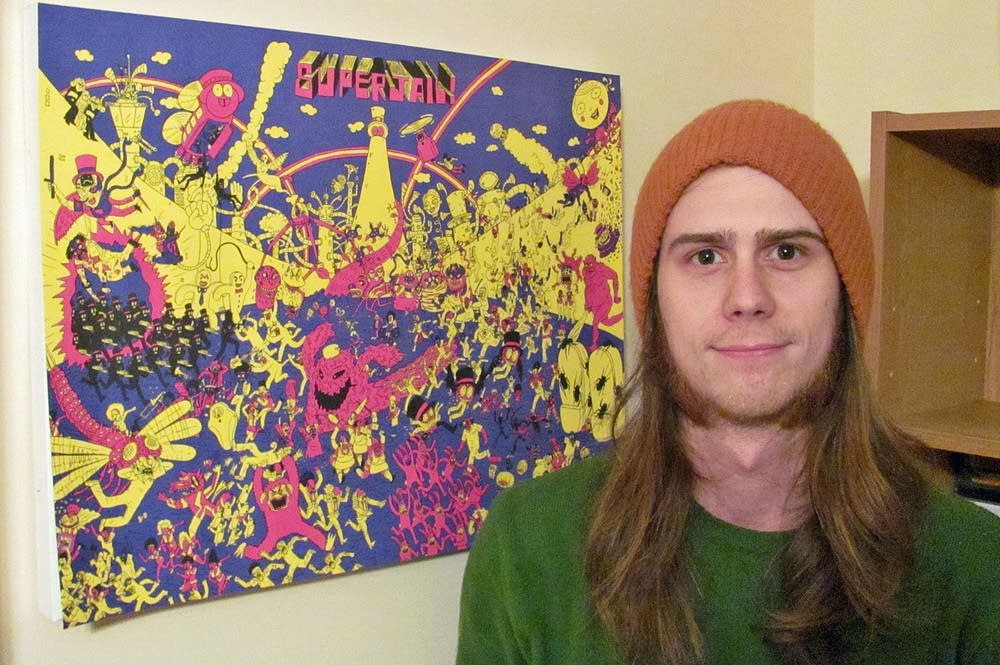 Steve Rosborough, owner and operator of Moon Glyph, a record label in Minneapolis. Rosborough strongly believes in analog formats, and cassettes are the best option in terms of cost. (MPR Photo/Chris Roberts)

"To dub a tape you have to sit there and listen to the whole thing," he said. "You have to actually be a part of it in a process that requires a little bit more of the creator."

And you can't discount the retro mystique of cassettes. Younger hipsters are drawn to them precisely because they're so archaic, and according to Hontos, pretty easy to find.

"You know you could go to Cheapo, you could go to a thrift store and you could have access to tens of thousands of tapes for almost nothing, and it's great music that in some cases isn't even on CD or vinyl anymore," he said. "It's out of print."

In fact, many of those stores never stopped carrying cassettes. At Cheapo Records in St. Paul, hundreds of cassettes line the walls, and Matt Emon is rummaging through them, like he's looking for a treasure.

"I have a tape cassette in my car and one at home. It's a really cheap way to build a good music collection," he said.

"Most of my friends do have used cars, and purchase a lot of tapes to play in their cars,' he said. 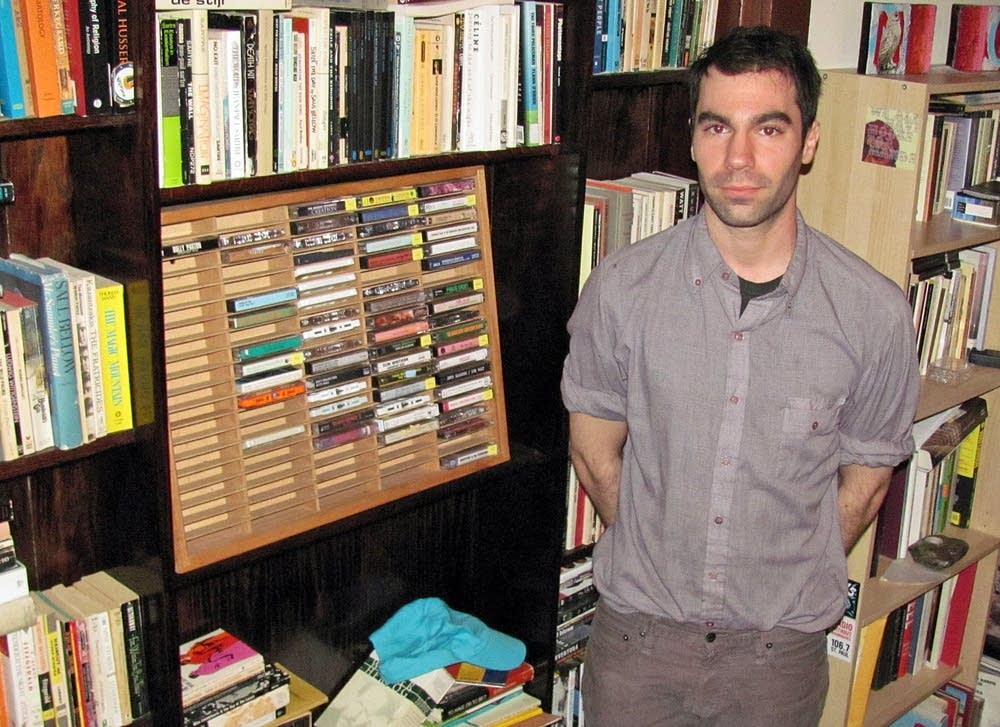 Chris Hontos, with the psychedelic, improvisational band Food Pyramid. Hontos prefers releasing music on cassette because of what it requires from the consumer. (MPR Photo/Chris Roberts)

Matt Emon predicts once those older used cars with cassette players live out their rusty lives, the cassette craze, to the extent there is one, will lose momentum.

Maybe that will be the time the 8-track tape has its renaissance.