Bubbles, feathers and brain development are all elements of a production by the Children's Theatre Company.

The CTC is now focusing on developing plays for toddlers. The CTC has become a national leader in work which child experts say is a perfect match for the educational needs of preschoolers.

On a recent day, a group of toddlers and their parents gathered in the atrium outside one of the Children's Theatre's stages in Minneapolis. They look up when they hear a little bell ringing from the handlebars of a scooter ridden by a grown-up with long braids and a brightly colored dress.

She circles round the room and gathers everyone in the center.

"Good morning everyone!" she says, and introduces herself. "Welcome! My name is Autumn. Thank you, for coming today!"


The children respond with claps and laughter.


"Today you are going to see a play called "The Biggest Little House in the Forest," she tells them.


Autumn Ness lays down some gentle ground rules. For the youngsters, when they go in the theater they should sit up front so they can see; and for the adults to make sure no little ones are left behind them.

She then rings her bell and leads everyone into the theater.

"Follow me into the forest, everybody," Autumn says. "Let's see what we can find in there."

It's definitely for youngsters, but it is not just child's play as Peter Brosius, Children's Theater's artistic director, will tell you. 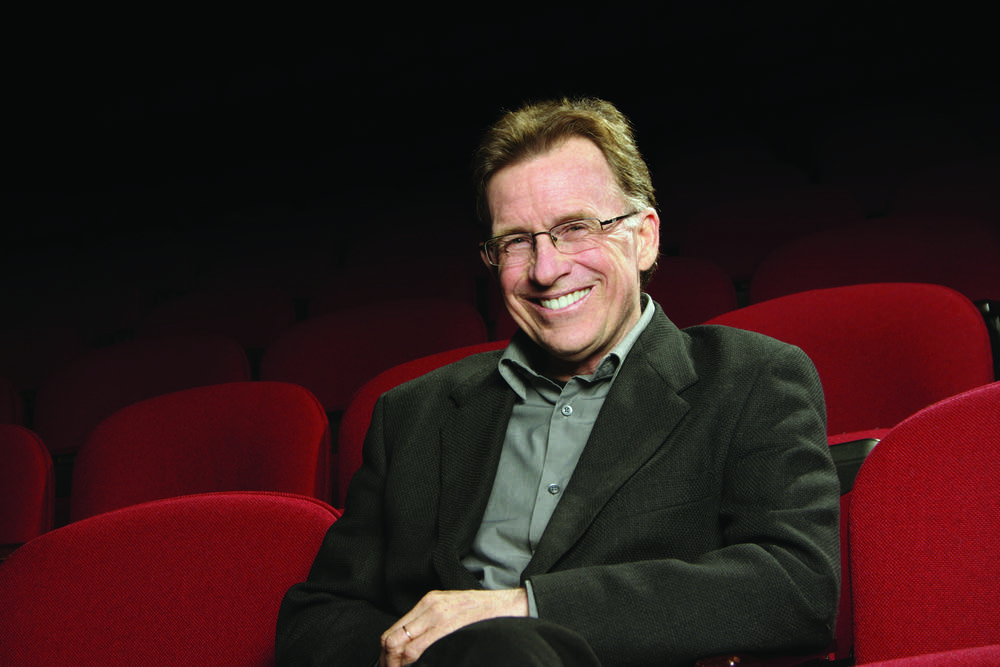 Peter C. Brosius is artistic director of the Children's Theatre Company. He says the Children's Theater is applying in Minneapolis the lessons learned in Europe about the value of theater for preschoolers. "We see this not just getting ready for kindergarten, we see this as getting ready for life," Brosius states bluntly. "Because we know the arts are part of developing curiosity, lifelong learners, social skills, the ability to understand narrative, and character, and story structure, and make associations and metaphor. And so it's a critical part of growing up." (Courtesy of Children's Theatre Company)

"We take this as seriously as you can a piece filled with bubbles and feathers," Brosius said. "We see this as core to who we are."


He says the Children's Theater is applying in Minneapolis the lessons learned in Europe about the value of theater for preschoolers.


"We see this not just getting ready for kindergarten, we see this as getting ready for life," Brosius states bluntly. "Because we know the arts are part of developing curiosity, lifelong learners, social skills, the ability to understand narrative, and character, and story structure, and make associations and metaphor. And so it's a critical part of growing up."


It's also a way to develop audiences of the future. But in the theater it's just about show time.


The theater is a huge room, but lighting and leaves hung carefully from the ceiling make it seem much smaller. Some of the children find places on low benches arranged in an arc up front. Others hang back with their grown-ups.


It all seems very informal, but this show is meticulously constructed after three years of rehearsal, and trial and error. Seasoned actor Ness had to adapt to the high-energy level of this age group.


"The first couple of run-throughs, I've never had anything like it," Ness admits. "They climbed the set. They grabbed puppets and set props and ran."

Ness quickly learned how to set boundaries. Greeting and seating the audience is a vital part of the show.

As Ness settles everyone, she also is sizing up the crowd. With as many as 50 preschoolers in the room Ness has learned to quickly sense how each individual is likely to react to what they are going to see, and determine how she is going to play to them.


"And then it's a performance you can almost individualize," Ness said. "If you look like you are raring to go, and you need to shake that puppet's hand during the show, OK, we'll do that. If you look like you want your space, and you just want to enjoy the lights and the music, we blow a bubble your way. That's the gentlest interaction that maybe we can give you."


"It was a beautiful day in the forest," Ness says, opening the play.

She tells the story of "The Biggest Little House in the Forest" using a host of animal puppets she almost magically produces from the deep pockets of her apron.


The children sit mesmerized as Ness walks among them with the brightly colored insect on her fingertips. Some laugh in delight. One little boy explains aloud how his mom loves butterflies.


"Look at that! A little house!" Ness exclaims.


The house is toddler-sized too, perfect for a butterfly and all the other animals who come to live there. Over the next half-hour Ness tells a story of a pillow-fight, which spills feathers, and bath-time which fills the room with bubbles.

The play is fun, but it's also a learning exercise about things such as empathy, interaction, and imaginative play.

The education component is vital to another important partner in the CTC pre-school program: Amy Susman-Stillman, co-director of the University of Minnesota's Center for Early Education and Development. She was thrilled to be asked to help create stimulating theater for younger children.

"Because all too often people think you can make a downward extension or dumb something down and that will be just fine for little kids, but in fact that's not really true," Susman-Stillman said.

"All too often people think you can make a downward extension or dumb something down and that will be just fine for little kids, but in fact that's not really true."


Susman-Stillman is also a big believer in how the arts can help children grow.


"We have really come to see that promoting what the theater folks might call "theater arts skills" are a lot of what the early childhood folks consider to be good social and cognitive skills," she said.

Everyone at the CTC admits seeing one play is unlikely to make a huge difference, but they are intent on building an awareness and a body of work which in time might.

Brosius says they have learned a great deal about how their young audiences actually see, or don't see, their plays. He said they focus so intently sometimes on the puppets, they miss the actor behind them. Brosius recalls what happened after an early show.

"(Autumn Ness) went out to the bus to say goodbye to the preschoolers," he recalls. "This is like ten minutes after the show. She's still in her costume. And she went on the bus and said 'Thank you, so much!' They didn't know who she was."

Theaters nationwide are coming to Minneapolis to learn from the CTC, Brosius said. The theater is also commissioning playwrights and performers to create new work for very young audiences.

Ness is currently taking "The Biggest Little House in the Forest to schools around Minneapolis. She's aware that not every actor would embrace this kind of work.

But for her and the Children's Theatre, the mind of a preschooler is exactly where they want to be.