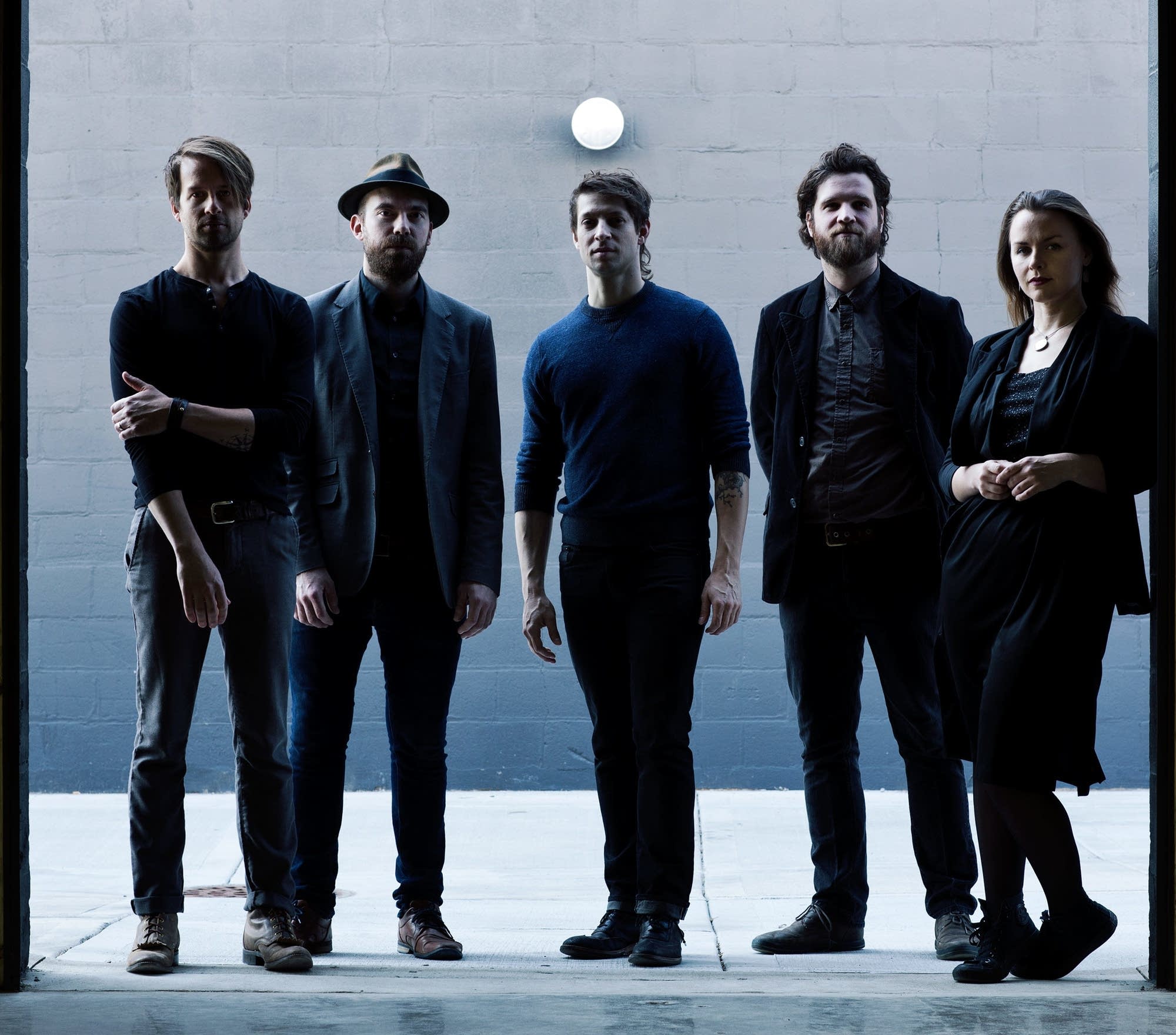 
Presented by The Current, Rogue Valley will hit the stage at the Fitz to celebrate and showcase the release of their new album, radiate/dissolve. Three years in the making, the approach to this album's conception and execution was the polar opposite of Rogue Valley’s four-album sprint: slow, steady, and purposefully unhurried. The Laurels String Quartet will open with special guest vocalists Jeremy Messersmith, Chastity Brown, Nona Marie Invie, and Joe Horton.

Rogue Valley is many things, but first and foremost it is a region of southern Oregon that rolls out alongside the Rogue River which winds through the lush Jackson and Josephine counties. It is a valley countryside nestled between the Southern Oregon Coast range, the Pacific Coastal Range, the Cascades and Siskiyous. It is a place that has known the serenity of pristine wilderness, the madness of a gold rush, and hidden sanctuary for outsiders and outlaws. It is a place where many make their living and livelihood amidst a backdrop of natural inspiration. Rogue Valley is also the name of an Americana group from Minneapolis, Minn., whose music is rich in tone and texture in ways inspired by the landscape and history of the region. Crater Lake was the first of four albums self-released by the band. Songwriter/Composer Chris Koza wrote the album as an ode to spring, the first in a four-part series of full-length albums navigating the terrain of love, loss, and wanderlust, and each marked by the changing seasons. Following Crater Lake, Rogue Valley (at that time comprised of drummer Luke Anderson, bassist/vocalist Linnea Mohn, guitarist/vocalist Peter Sieve, and keyboardist Joey Kantor) recorded and released three more full-length albums; all in the span of a single year. With summer came The Bookseller's House; with autumn: Geese in the Flyway. And with winter the band completed their concept-album-cycle with False Floors. Additional musicians on the albums include George Hadfield (bass), Ben Rosenbush (cello) and Kip Jones (violin). Initial writing and recording for these albums took place during the summer of 2009 and they were released beginning April 2010 through April 2011. The band released a 12-song vinyl compilation of a few tracks from each seasons album in 2012. Since that time, Rogue Valley has toured regionally and nationally, mainly through the Midwest and West Coast, including Minnesota, Wisconsin, North Dakota, Montana, Washington, Oregon, Utah, Colorado, and Nebraska. They have shared the stage and played festivals alongside the Jayhawks, Spoon, Their music has found its way onto television series and feature film. Ben Stiller's film The Secret Life of Walter Mitty opened the door for listeners all over the world to discover the band as Stiller hand-picked the song The Wolves and The Ravens for his passion project and subsequent soundtrack. Currently, the band is comprised of songwriter/guitarist/vocalist Chris Koza, drummer Luke Anderson, keyboardist/vocalist Linnea Mohn, guitarist/vocalist Peter Sieve and bassist/vocalist Paul Engels. Occasionally percussionist/drummer Bobby Maher joins the band for regional tour dates. A new album has been in the works for a couple of years and it is nearing completion. Music videos have been filmed and music has been recorded. While firm release dates are elusive, a new single and video will be released November 2015 and a full-length February 2016. The new album goes beyond the seasons and known landscapes. It references surf guitar, samples, and the vast southwest; where Utah, New Mexico, Colorado, and Nevada converge in a single point of rocky desert dust. All ages
Tweet