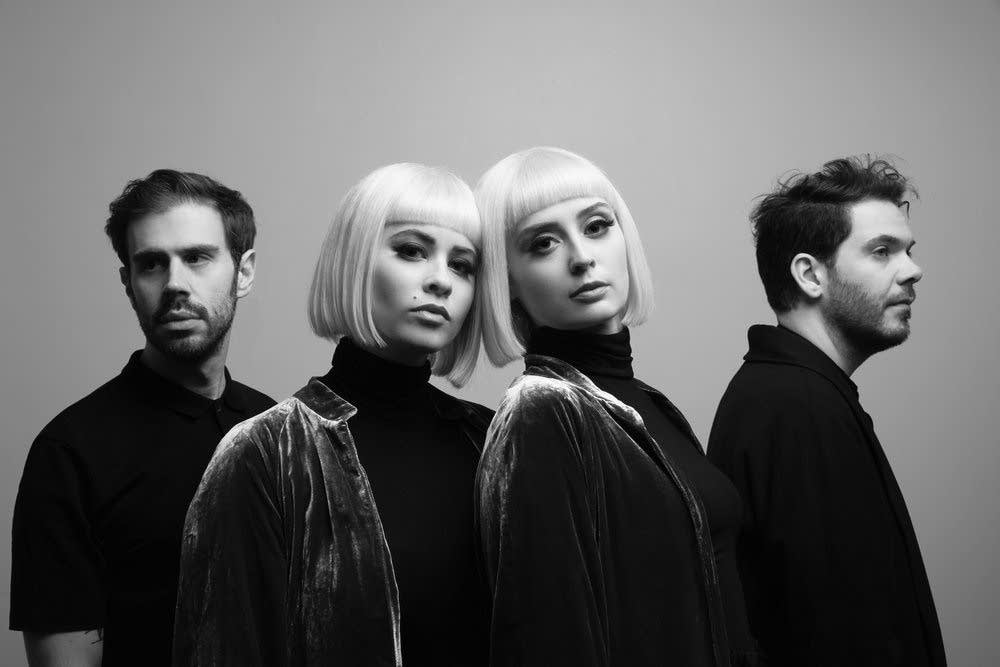 
In just three years, Lucius went from being a group Rolling Stone claimed was the “Best Band you’ve never heard of” to the group you can’t get enough of.

Fronted by the sleek and compelling look-alike twosome of Jess Wolfe and Holly Laessig and backed by their counterpart bandmates Dan Molad and Peter Lalish, Lucius have sold out shows big and small, headlined all over the U.S. and Europe, played slots at Bonnaroo, Newport Folk Festival, Lollapalooza, End of The Road, Reading and Leeds Festivals and more and shared the stage with a variety of musicians including Roger Waters, Jack White, Mavis Staples, Jeff Tweedy, Sara Bareilles, The Head and the Heart, Tegan and Sara and David Byrne.

Lucius have enjoyed a longtime connection with The Current's audience, first making an in-studio appearance in 2013. Their next stop was a session in the Forum in 2014, followed by a performance at Rock the Garden 2015. The band visited The Current studio one more time in 2016 before breaking new MicroShow ground in 2017, when they performed a concert in the rotunda of the Minnesota State Capitol, then wrapped up a Minnesota summer with a set at The Current's Music-on-a-Stick at the Minnesota State Fair.

Now, Lucius will return to St. Paul, Minn., in May 2019 for two nights of shows at the historic Fitzgerald Theater.

This Saturday, May 11, watch Lucius perform their Live Nudes tour at the Fitzgerald Theater in St. Paul. The concert will also be simulcast on The Current's radio stations in Minnesota and worldwide on The Current's stream.