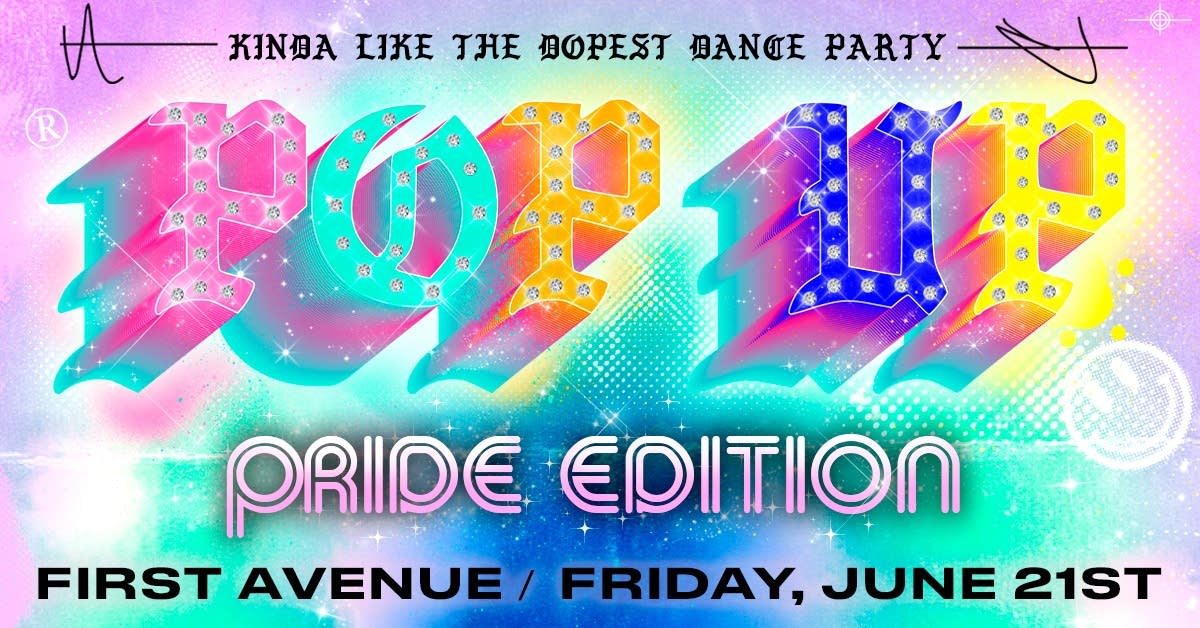 Shannon Blowtorch is an award winning, DJ, promoter, professional party thrower, sound engineer, businesswoman, and entertainment consultant. She’s a DJ who was named by the City Pages and Star Tribune as being the Best Club DJ multiple times, as well as making the Suntimes top 100 DJs. She’s been featured in Curve magazine, and 100 woman we love in Go Magazine a few occasions. She currently has a weekly Saturday night show (at midnight) on MPR’s 89.3 The Current.

DJ AriAtari has playing music in some form for almost 20 years. She has been producing and creating her music since she was 13. She enjoys playing anything from rock to dubstep. Ari has been involved with many bands and music-driven projects. She switched from drummer to guitar an all-girl band called the Peggy Sues. She has also played synth/keys in several other bands.

Dykes Do Drag is a performance art drag cabaret that has been regularly selling out the Bryant Lake Bowl Cabaret Theater in Minneapolis since 1999. Dykes Do Drag are queers of all genders and orientations that anyone could fall for, celebrating an expanding continuum of gender expression and performance. This performance art cabaret, started in 1999, is the longest running show of its’ kind featuring drag, burlesque, boi-lesque, live music, modern dance, video and visual art and lip synching in enticing and exciting hilarity.

In Milwaukee’s rising, lively and unique music scene, Lex Allen has found his artistic home and niche where he can flourish and grow as a singer. Lex Allen is a neo soul pop singer, similar to the likes of Pharrell Williams and Janelle Monae, who has been taking Milwaukee’s music scene by storm with his fluid, inclusive and empowering musical style. He has an incredible vocal range and dynamic style that can adapt to countless genres of music, which can be heard both through his solo work and on his features. Whether it be electronic, hip hop, soul or pop styles.

A POC urban dance Crew in the Twin Cities. A collective of powerful artist and community activators who want to find a way to create a more accepting and inclusive dance community. New Black City uses their passion and love for hip hop to inspire and implement positive change in the world.

BRKFST Dance Company, formerly known as “In New Company,” was founded in 2014 and is comprised of seven dynamic performers, each with distinct training backgrounds, aesthetics and specialties. As individuals, each member has been dancing in their respective forms for over a decade. As a collective, BRKFST members converge to create collaborative dance works by teasing the edges of breakin’, martial arts, burlesque, and contemporary dance vernacular, bringing the many voices and backgrounds of the dancers into a new movement expression.

Charity Purple Queen Founder of "Zen Is In Hip-Hop" is an upcoming Minnesota artist who is spreading hip-hop that is full of energy, love, positivity and good music. "With all the chaos in this world, we use our purpose/music to spread light, love, and positivity. It's our goal to reach as many beings as possible to unite one another and show that we all are the same."