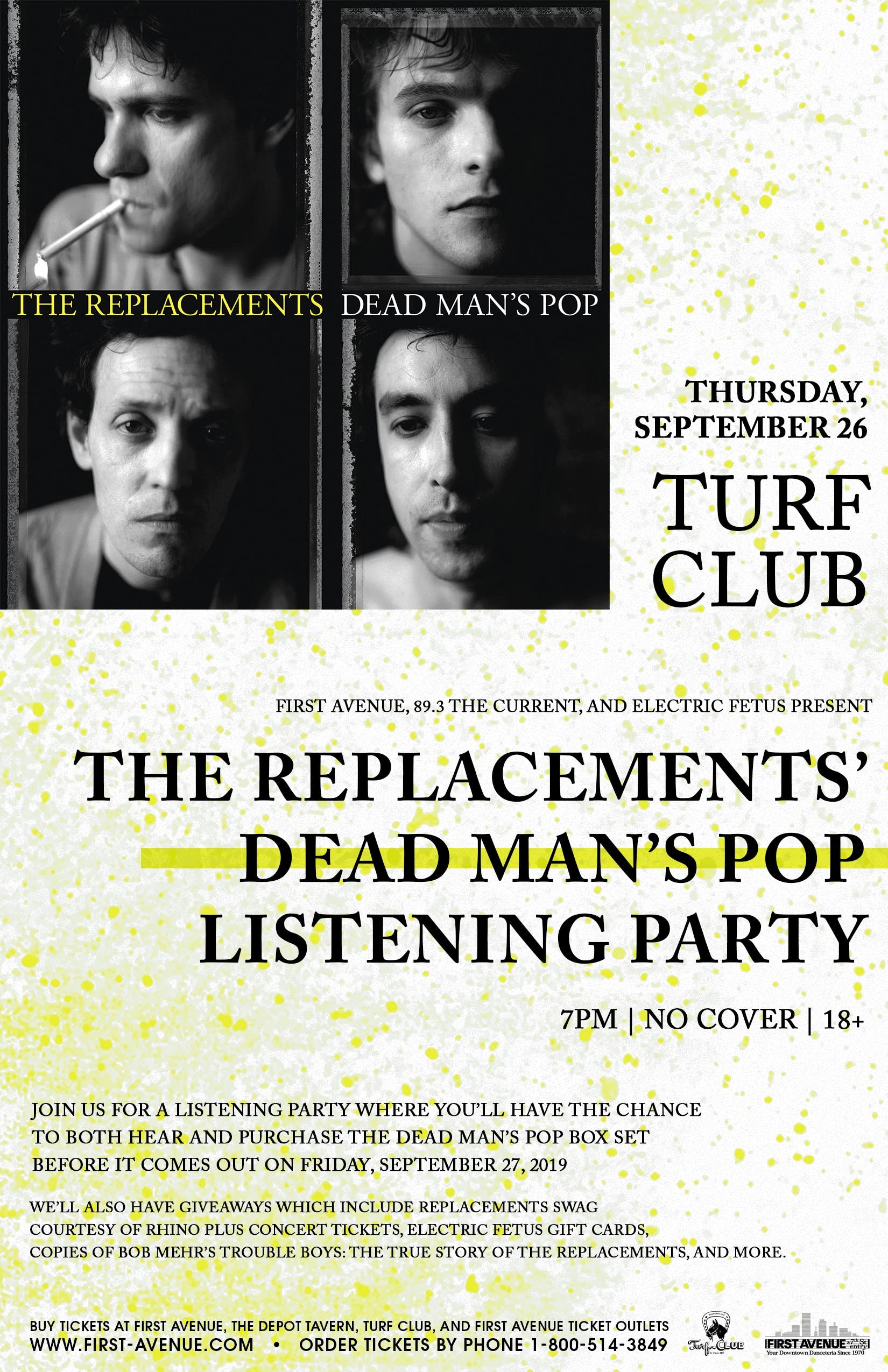 
Join us for a listening party where you’ll have the chance to both hear and purchase the Dead Man’s Pop box set before it comes out on Friday, September 27, 2019 ++++++++++++++++ We’ll also have giveaways which include Replacements swag courtesy of RHINO plus concert tickets, Electric Fetus gift cards, copies of Bob Mehr’s Trouble Boys: The True Story of the Replacements, and more.