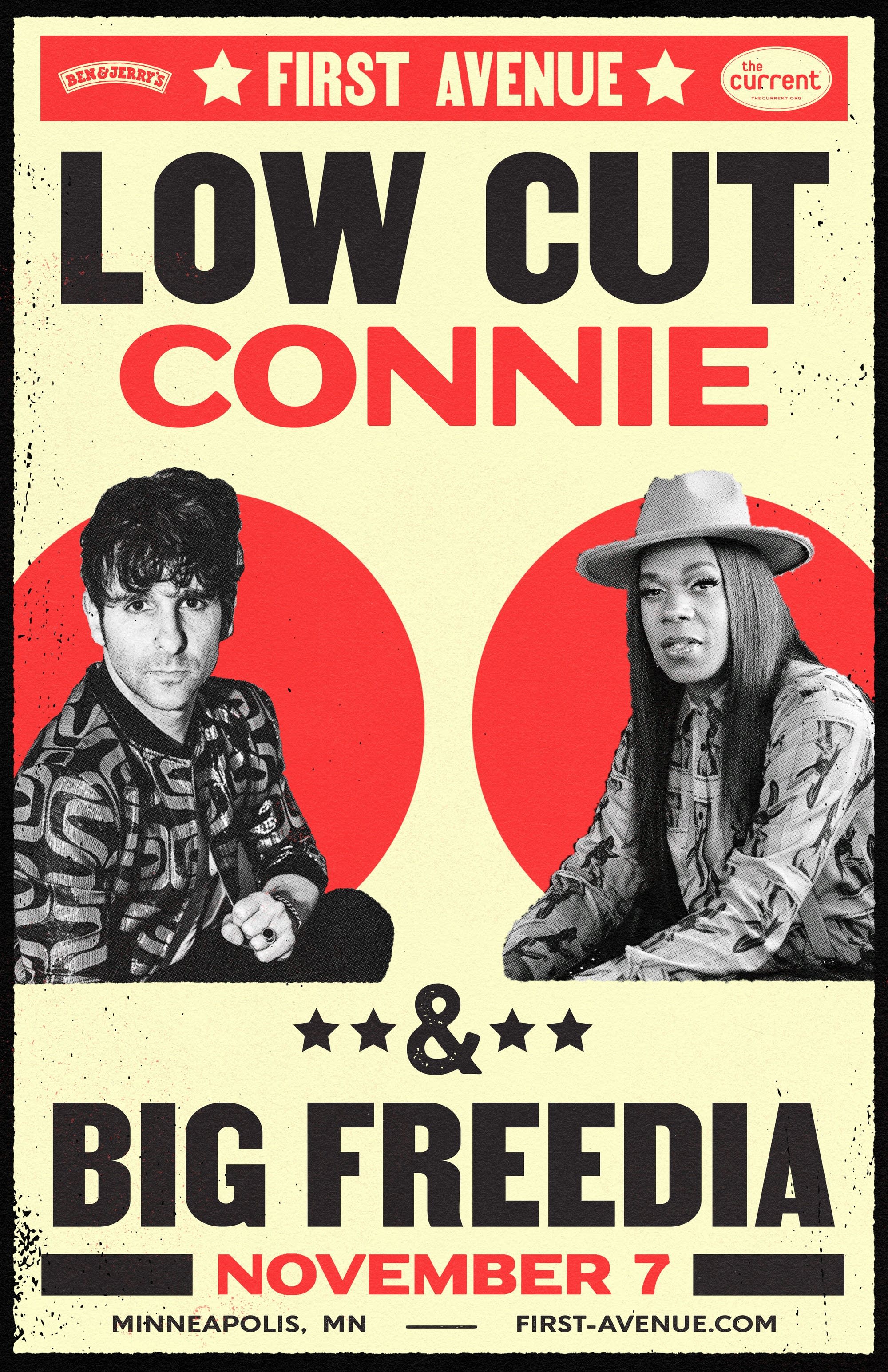 
Low Cut Connie was recently called “the essence of what rock n roll should be” by Greg Kot (Sound Opinions / NPR)..and the New York Times has said “their live show is a phenomenon.” They have been a rolling DIY caravan with an explosive live act bubbling under the surface of the music industry for 5 years, building an obsessive fanbase from all walks of life...white and black, straight and gay, young and old...salty lunatics of every persuasion. Even former President Barack Obama is a fan.

Big Freedia, known as the Queen of Bounce, is a New Orleans-based rapper and ambassador of Bounce music. After dominating the New Orleans club scene for over a decade, Big Freedia is now bringing the Bounce movement to a world-wide stage with her hit reality show, Big Freedia Bounces Back on Fuse TV. The weekly docu-series, now in its sixth season, follows the life of a choirboy turned Bounce rapper and remains the highest rated original series on the network.