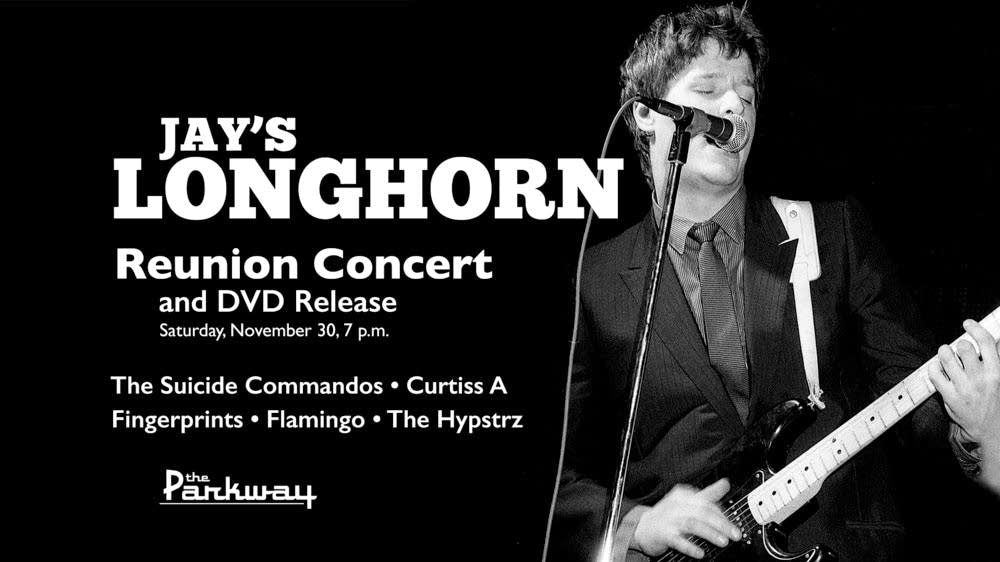 The Suicide Commandos, Curtiss A, Fingerprints, The Hypstyrz, Flamingo


The bands that helped create the Minneapolis Punk Rock/New Wave scene will perform a special reunion concert to celebrate the release of Jay’s Longhorn, a documentary film about the legendary club that was the epicenter of the Minneapolis indie rock scene in the late 1970s.

Music kicks off at 7:30 p.m. with Fingerprints, followed by Flamingo, The Suicide Commandos, The Hypstrz, and Curtiss A. Never before seen clips and deleted scenes will be shown between sets. Tickets include a choice of Blu-ray, DVD, or digital download of the film — with 30 bonus scenes.