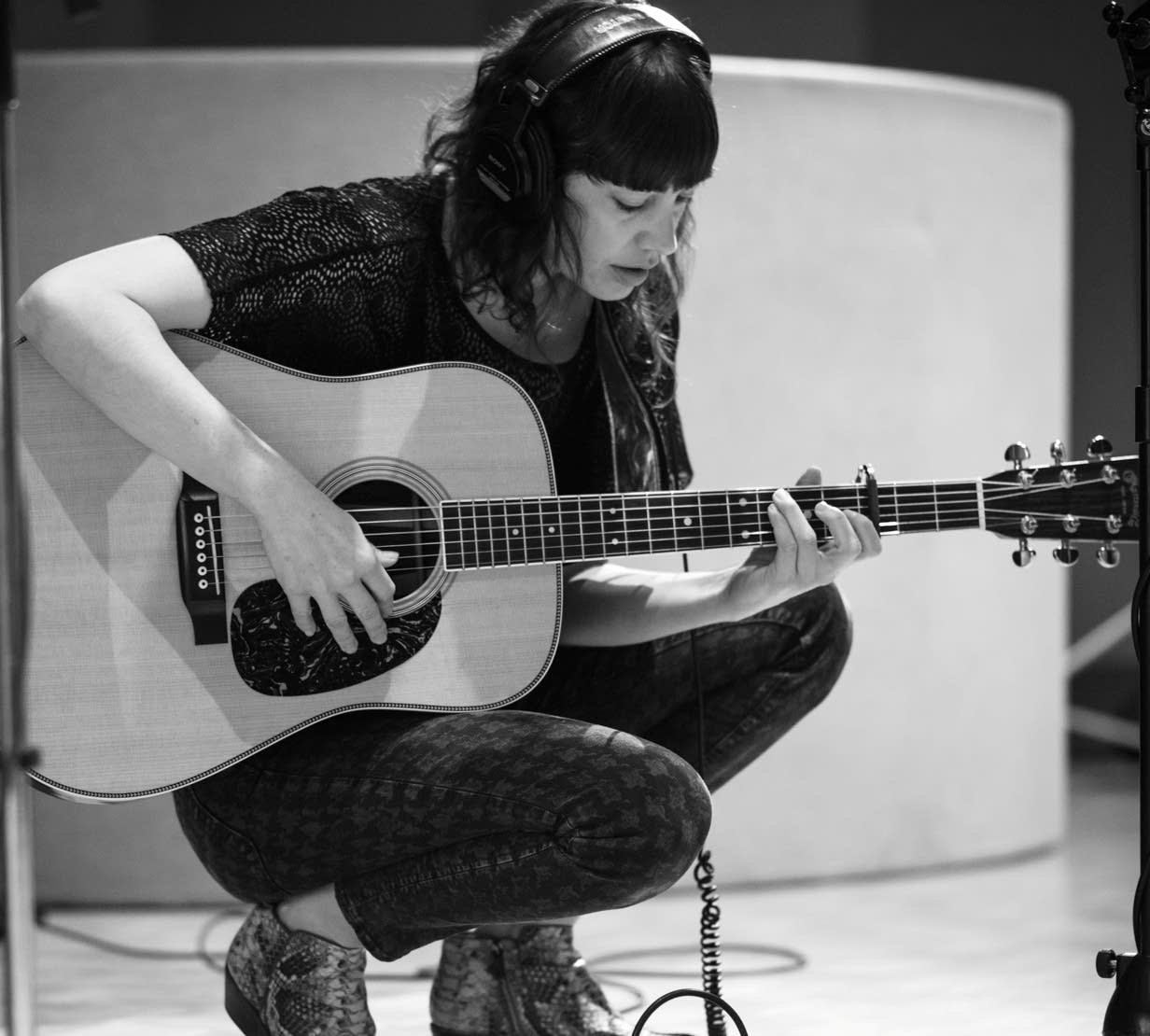 
“This record marks a major shift for me,” says Pieta Brown. “The songs mirror so many transitions: in my musical life, in my home life, in my creative life, in my country. I’ve been hovering at a crossroads, and I’m pretty sure I’m not the only one.”

Recorded at Justin Vernon’s April Base studio and co-produced by Bon Iver drummer and acclaimed solo artist S. Carey, Brown’s lush new album, Freeway, is an utterly mesmerizing collection, a delicate yet forceful reckoning with change that’s marked by the push and pull of unabashed intimacy and a slow-burning intensity. Brown cut the album live in just three days with an all-star band that included Carey, bassist Mike Lewis (Bon Iver, Andrew Bird), and guitarist Jeremy Ylvisaker (Andrew Bird, Alpha Consumer), and the resulting recordings reflect the foursome’s seemingly telepathic bond, a deeply organic chemistry fueled by a shared passion for emotional exploration and sonic discovery. Due out this fall on Ani DiFranco’s Righteous Babe Records, Freeway is Brown’s most experimental collection to date, but it’s also her most confident and direct, an honest accounting of bittersweet endings and hopeful beginnings, of painful loss and traces of liberation in the aftermath, all captured here with a raw spontaneity and fierce self-assurance.

“When you’ve got a pile of songs and only a few days and nights in a studio, you go into a hyper-focus,” reflects Brown. “You lay all you’ve got on the line, and that’s where a lot of the energy in this album comes from. We were all fully present in the moment with these songs, and we recorded each of them in just a few takes.”

That approach stands in stark contrast to the way the Iowa native recorded her last album, 2017’s Postcards. A sprawling release featuring remote collaborations with friends and mentors like Calexico, David Lindley, Mason Jennings, and Carrie Rodriguez among others, Postcards explored isolation and distance in the creative process, with songs written alone in hotel rooms around the world and recorded piecemeal like an international game of telephone. This time around, though, Brown leaned into the power of human connection and physical presence. The players heard the songs for the first time in the studio, forcing them to rely on their gut instincts and to react to the tunes (and each other) in real time.

“The recording process was eye opening for me because it was so different from the way I’ve worked in the past,” says Carey. “Pieta would just nail her vocal takes while she played live in the room with all of us, and I’d say, ‘How are you doing that?!’”

Hailed as a "self-styled poetess, folk goddess and country waif" by the BBC, Brown first came to international prominence with the release of her self-titled debut in 2002. Over the course of the ensuing decade-and-a-half, she’s gone on to tour the US and Europe extensively and release another seven critically lauded records, prompting NPR to applaud her "moody, ethereal" songwriting, and the New York Times to praise her “sweet, smoky voice.” Perhaps even more importantly for an artist as fiercely independent as Brown, her work continues to garner praise and support from a wide array of peers and mentors, including legendary producer Don Was, filmmaker Wim Wenders, and Bon Iver mastermind Justin Vernon, who called Brown’s 2014 album Paradise Outlaw his “favorite recording made at our studio.” In addition to the mountain of acclaim, Brown’s music has also earned her co-writes with the likes of Iris Dement, Amos Lee, and Calexico; tour dates with an astonishing array of artists, including John Prine, Brandi Carlile, Emmylou Harris, JJ Cale, Neko Case, Richard Thompson, Ani DiFranco, Mavis Staples, and Iris Dement; and festival slots everywhere from Bonnaroo to Mountain Jam.