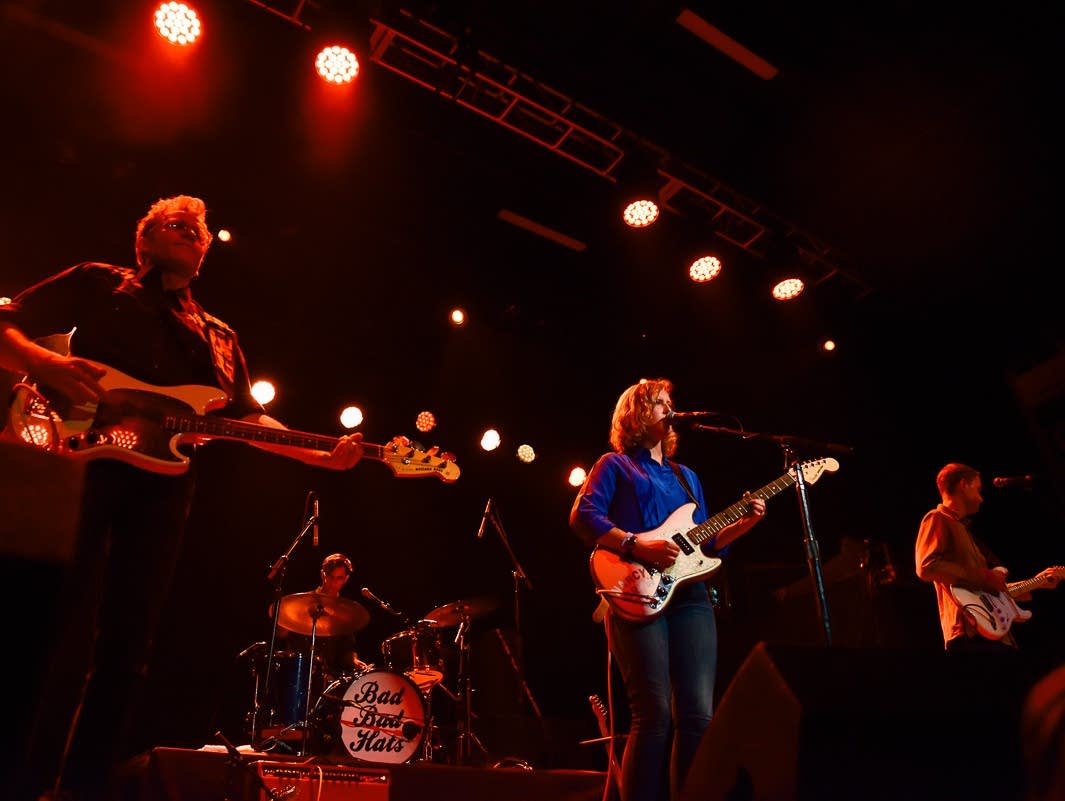 
Bad Bad Hats is an indie rock band from Minneapolis, MN. The band consists of Kerry Alexander, Chris Hoge, and Connor Davison. Named for a trouble-making character from the Madeline children’s books, Bad Bad Hats is defined by a balance of sweet and sour. Their music honors classic pop songwriting, with nods to nineties rock simplicity and pop-punk frivolity. Through it all, Alexander’s unflinchingly sincere lyrics cut to the emotional heart of things.


Born out of fierce friendship and a mutual affection for melody, Chicago’s Ratboys – anchored by the partnership of Julia Steiner and Dave Sagan – aims to ‘write songs that tell stories and honor the intimacy of memory,’ according to Steiner. GN, the group’s second full-length album via Topshelf Records, offers a bevy of tales, laments and triumphs, which recount near-tragedies by the train tracks, crippling episodes of loneliness, remembrances of a deceased family pet with freezer burn, and on and on.


Last Import is an energetic, melodic, surf-punk trio based out of Minneapolis, MN. The band started off as a teen collaboration in 2014 at She Rock She Rock. Flash forward to 2017 to members also daylighting as full-time college students. Featuring Emily Bjorke (guitar, lead vocals), Grace Baldwin (bass, backing vocals), and Jane Halldorson (drums), the band released their first official EP, titled Songs for Adam, on January 25, 2018.