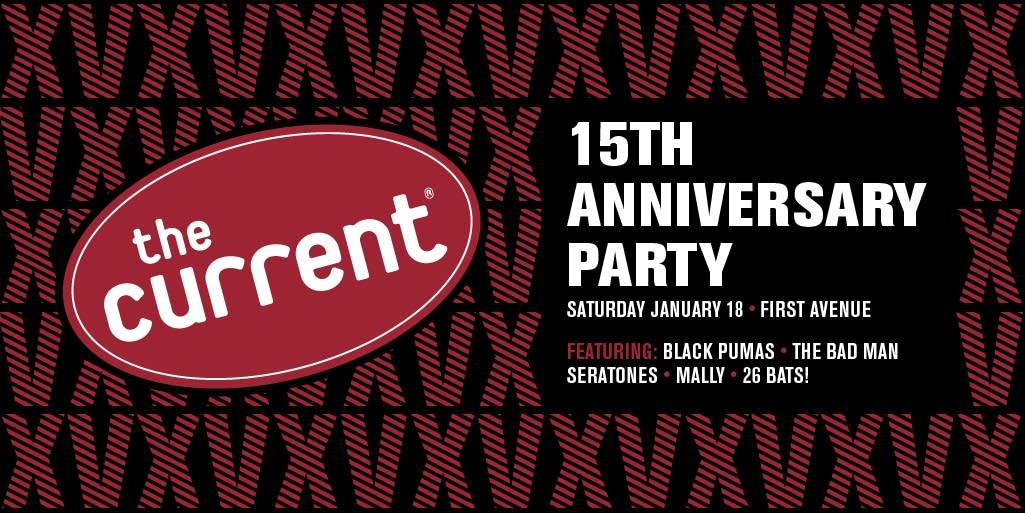 
The new year rings in not only a new decade, but also a milestone for the station. Celebrating 15 years on the air in January, The Current will recognize the occasion with a party to remember, featuring live performances by both major emerging acts and nationally recognized artists.

The lineup includes Black Pumas, nominated for Best New Artist at the upcoming Grammy Awards. The duo visited The Current this summer and played selections from their debut album.

The Current’s 15th Anniversary Party also will feature the soul rock group Seratones, which released its second album earlier this year, and Minneapolis’ own The Bad Man. Twin Cities hip-hop favorite MaLLy and local quintet 26 Bats! round out the evening’s celebration.

The Concert is sold out, but we are proud to make the party available to a wider audience by providing free live video streams of each set.