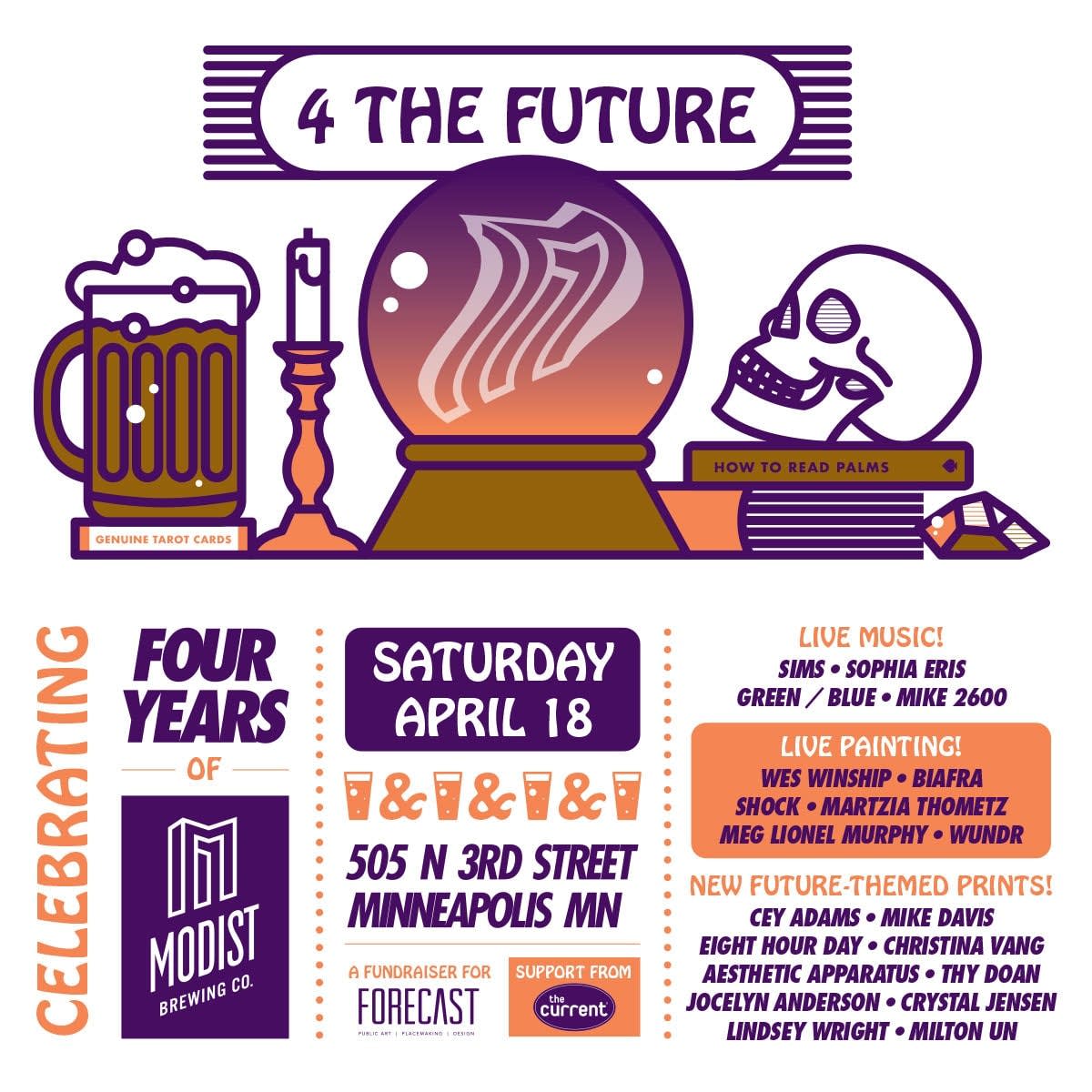 
This April marks the completion of Modist Brewing Co’s 4th year of brewing beer, and on April 18th they will be celebrating with a futuristic themed birthday party called “4 the Future.” The party will feature live music from Sims, Sophia Eris, Green/Blue, and Mike 2600 , and will also have:

● A futuristic VR Demo from REM5

● An audio/visual experience from Feedback Video

Modist opened in the North Loop neighborhood of Minneapolis in April of 2016 aiming to modify beer and how it is perceived by defying rules and expectations. Utilizing a mash filter powered brewing system, they push past traditional brewing by embracing creativity and unconstrained experimentation. Modist showcases their innovative spirit via the creation of a series of never seen before beers, including their flagship brews: Dreamyard (hazy ipa made from entirely oats and wheat sans barley), False Pattern (hazy pale ale brewed from oats), and First Call (an oat based coffee lager that’s blonde in color).

In their first year of business, Modist was named both the Best New Brewery in Minnesota by Growler Magazine as well as one of “The 50 Best Breweries in the United States” by BeerAdvocate. In the time since opening, they’ve received continuous accolades including recently being named Minnesota’s Most Innovative Brewery, as well as a multitude of individual beer awards.

Forecast Public Art was one of the country’s first nonprofit organizations dedicated to advancing the field of public art. Today, they remain at the forefront of public art practices, connecting the energies and talents of artists with the needs and opportunities of communities to improve our collective lives. Public art plays a crucial role in shaping culturally vibrant and sustainable communities. Public art offers opportunities for community collaboration, for ideas to shape our environment and to influence change.