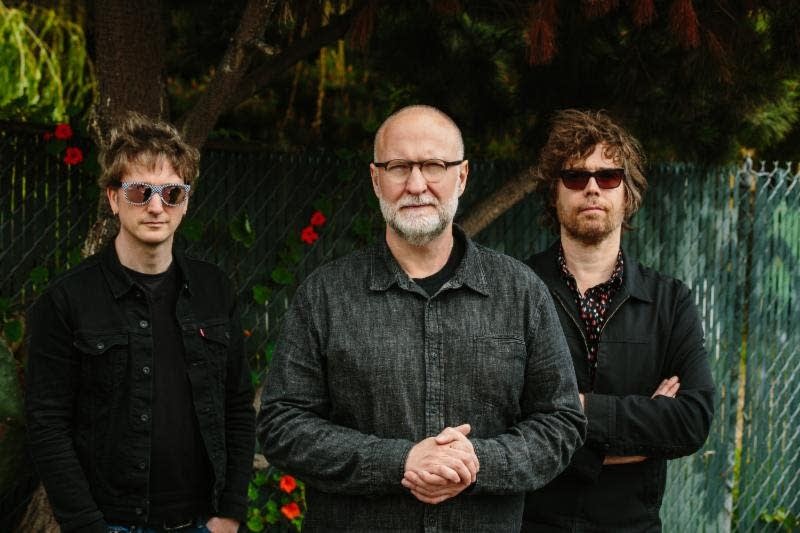 
The cliché that circulated after the 2016 election foretold a new artistic golden age: Artists would transform their anger and anxiety into era-defining works of dissent in the face of authoritarianism. Yet Bob Mould calls his new album Sunshine Rock. It’s not because Mould—whose face belongs on the Mount Rushmore of alternative music—likes the current administration. His decision to “write to the sunshine,” as he describes it, comes from a more personal place – a place found in Berlin, Germany, where he’s spent the majority of the last three years. Here Mould would draw inspiration from the new environments.

“Almost four years ago, I made plans for an extended break,” Mould explains. “I started spending time in Berlin in 2015, found an apartment in 2016, and became a resident in 2017. My time in Berlin has been a life changing experience. The winter days are long and dark, but when the sun comes back, all spirits lift.” These three years in Berlin would quite literally shed new light on Mould’s everyday mindset. “To go from [2011 autobiography] See a Little Light to the last three albums, two of which were informed by loss of each parent, respectively, at some point I had to put a Post-It note on my work station and say, ‘Try to think about good things.’ Otherwise I could really go down a long, dark hole,” he says. “I’m trying to keep things brighter these days as a way to stay alive.”

That makes Sunshine Rock as logical a product of the current climate as any rage-fueled agit-rock. Variations on the word “sun” appear 27 times in five different songs over the course of the album’s 37 minutes. To hear Mould tell it, the theme developed early. “‘Sunshine Rock’ was such a bright, optimistic song, and once that came together, I knew that would be the title track, and that really set the tone for the direction of the album,” Mould says. “It was funny, because writing with that as the opener in mind, it was like, ‘This is not Black Sheets of Rain.’” Mould’s famously dour 1990 solo album still serves as a point of reference: a title track that sets the tone for the album, though on Sunshine Rock, it’s the opposite of Rain.