Michael Thomsen believes all objects have a presence.

"Objects carry something with them from all the times they've been touched and felt and handled and played with or thrown," says Tomsen. "And I think it really creates a really strange aura." 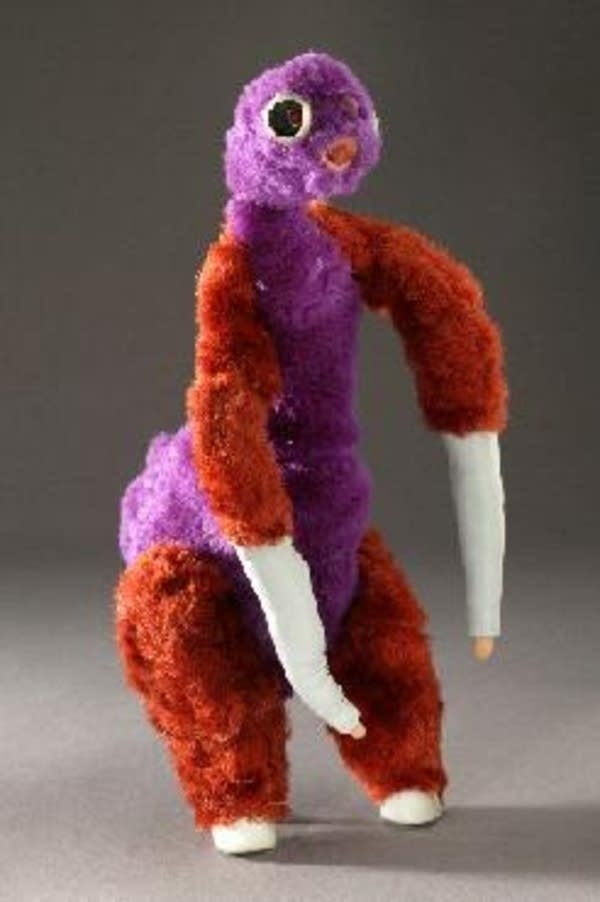 He grew up the grandchild of a carnival family, and his work reflects his childhood fascination with clowns and merry-go-rounds. He thinks of his pieces as small islands inhabited by strange creatures that are often familiar, but in a disturbingly new and different setting.

"It's so strange to have these objects that would never have met each other," says Thomsen. "Say two kitty cat salt and pepper shakers from a yard sale on one side of town, and like a little rubber clown head from a garbage can two years later from maybe another city. I think its just so funny to preserve them together and almost give them a separate lifetime of their own." 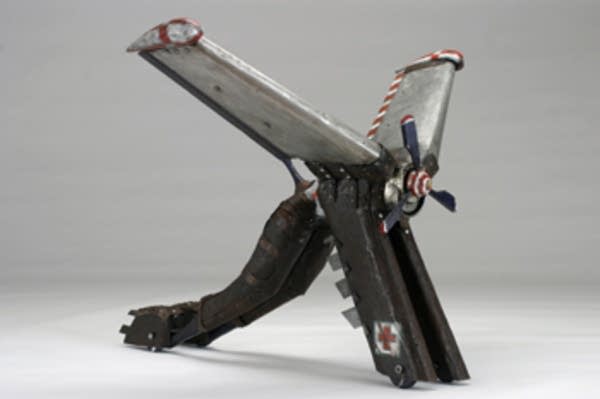 The surreal results of taking a familiar object and putting it in an unfamiliar setting inspired curator Jonathan Nelson to start the Festival of Appropriation at a Minneapolis coffeehouse several years ago. The festival has continued on a semi-annual basis ever since. Each time Nelson uses a different method of selecting artists. This year he went to the Minnesota website mnartists.org to find his talent.

"We typed in words like collage, surrealism, collagist, dada... that sort of thing," says Nelson. "And so every artist in the show has a page at mnartists.org."

One of the highlights of the exhibit is a video installation, that projects images of artwork in everchanging patterns on a black backdrop. Nelson says the images were all "appropriated" - from the website. 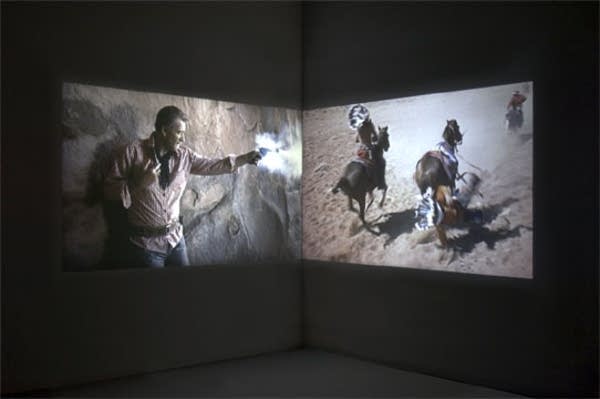 Images from various westerns collide in this video installation, creating endless variations on scenes of showdowns and raids. (Image courtesy of mnartists.org)

The work varies widely. One artist created a map of the united states made out of flattened soda cans he found on his morning runs.

Another artist cut apart stuffed animals and reassembled them, often with mechanical wiring, into creatures no toy store would ever dare put on its shelves.

The Festival of Appropriation runs through the end of the month at the Soap Factory in Minneapolis. In conjunction with the festival the music group Beatrix Jar will perform it's own brand of appropriated art on November 29th at the Walker Art Center.