Democratic gubernatorial nominee Mark Dayton is trying to avoid political missteps during the final days of a campaign that began for him nearly two years ago.

Dayton has already spent $4 million of his own money on the race, and recent polls show him ahead of Republican nominee Tom Emmer and Independence Party candidate Tom Horner. But the former U.S. Senator said he has no plans to slow down.

"Well I'm an old hockey goalie, and the last two minutes of the third period you don't want to even blink, and you certainly don't want to let one in," Dayton said. "But campaigns are campaigns. I'm out every day. Monday was the first day I had off in over a week, and that previous day off was the first the day I'd had off in three weeks. Since the primary it's been just continuous, and it will be continuous now through next Monday at midnight."

Dayton set his sights on the governor's office after a single term in the U.S. Senate. The department store heir said he was frustrated by Washington and viewed the job of governor as a better fit. 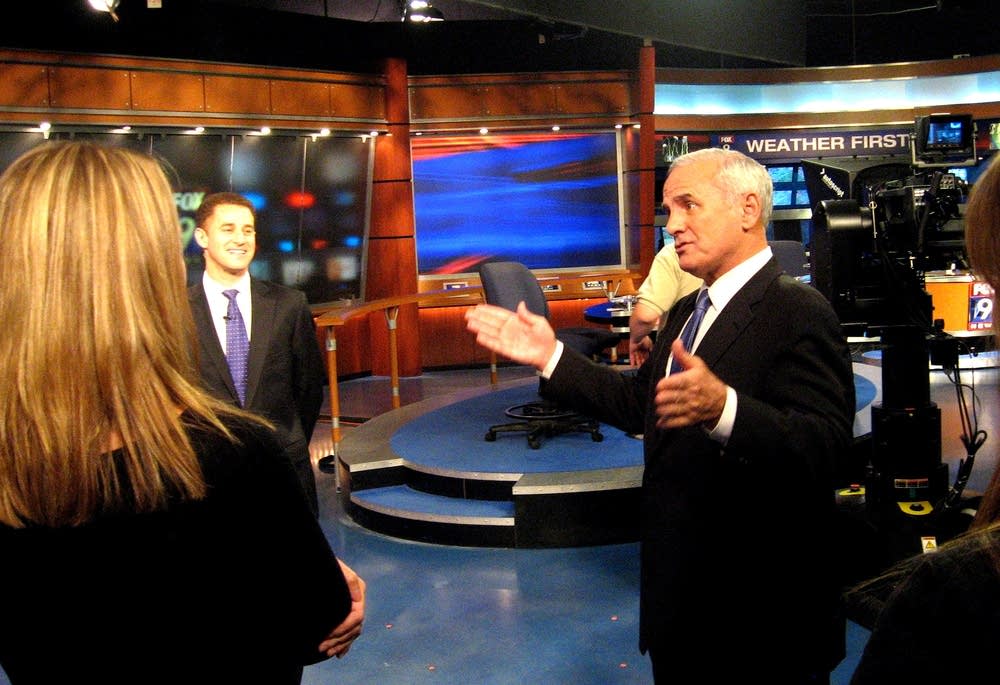 His plan to erase part of the projected $5.8 billion state budget deficit by increasing tax rates on the wealthy has been the centerpiece of his campaign. Dayton wants to raise income taxes on the top 10 percent of wage earners, whom he says are currently paying a smaller percentage of their income than everyone else.

Dayton defended the plan this week during a gathering of information technology professionals.

"What I'm trying to do with my proposal is redress some of the inequity existing in the Minnesota tax system," he said. "If we're going to ask people to pay taxes in this state, then we need to make it fair. And people will pay taxes more willingly if they understand that everybody else is paying their fair share." 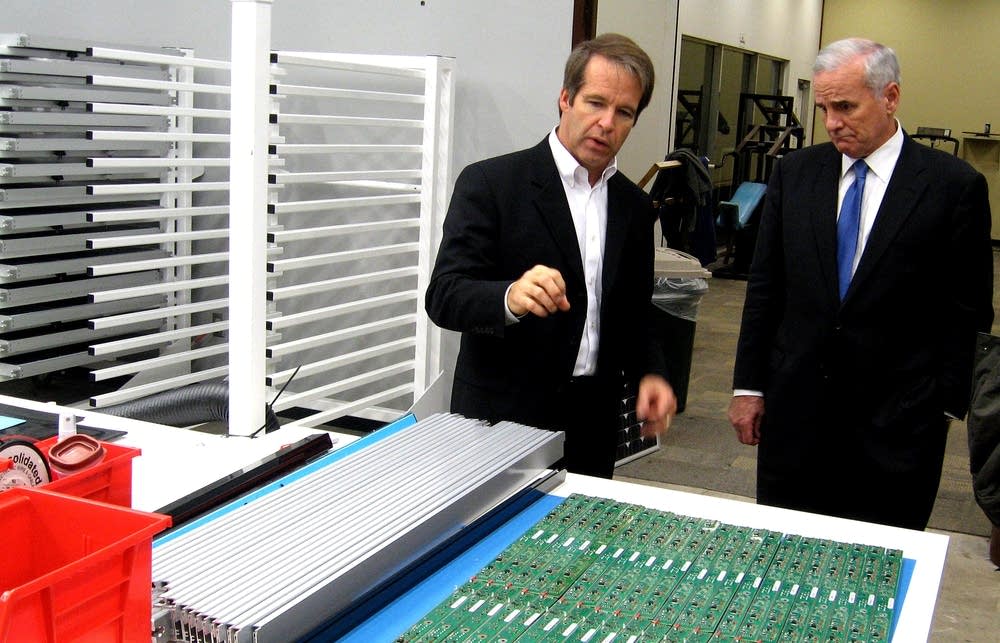 Dayton's political opponents argue the tax increases would hit too many small businesses and kill jobs. MN Forward, a business-backed political group, tried to discredit Dayton's plan in a series of television ads.

"If Mark Dayton gets elected, more of our hard earned money will be taken away," an announcer says in the ad. "Dayton's new taxes will be a horror show."

Republican Party officials have slammed Dayton's tax plan and his previous experience. Targeting Dayton's 2004 decision to close his Senate office in response to what he perceived as a terrorist threat, the GOP announced in an ad that:

"Dayton's behavior was called a strange aberration, perplexing, panicky. The Democratic mayor of Washington said he was trying to figure out what frequency Dayton was on. So are we." 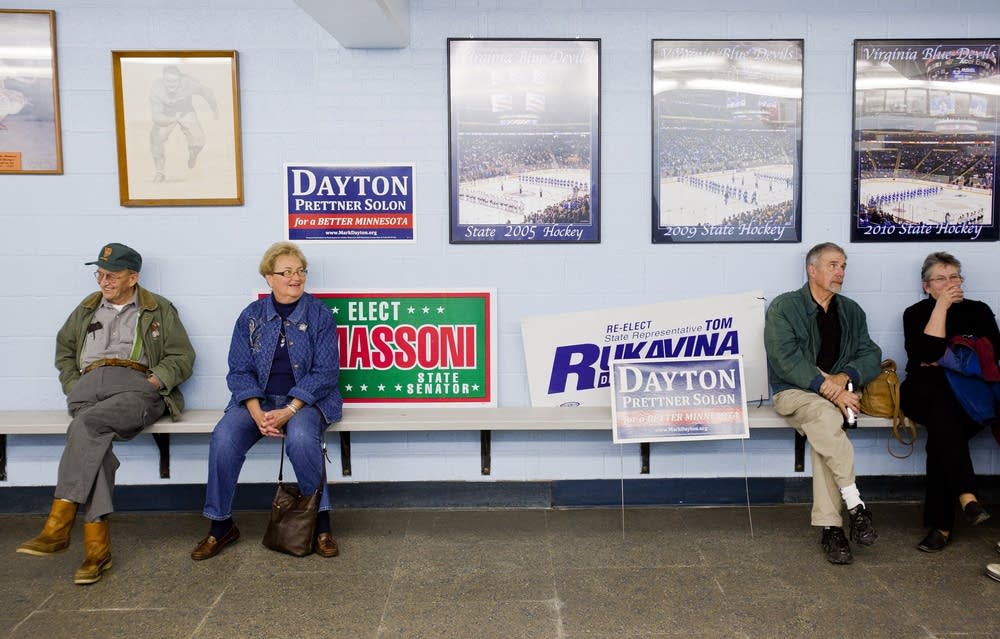 DFL supporters rest on benches near the entrance of the Miners Memorial Building after a DFL rally Thursday evening in Virginia, Minn. (MPR Photo/Derek Montgomery)

Dayton stands by that decision. He also takes the political shots in stride, saying he has yet to be surprised by anything his opponents have thrown his way.

"That's the Republican's tactic. They try to destroy you personally in order to defeat you politically," Dayton said. "It's gotten progressively worse every time I've run over the years. But that's the state of campaigns today and I knew what I was in for when I started. I knew this was coming."

To get this far, Dayton had to defeat the House Speaker Margaret Anderson Kelliher, the DFL-endorsed candidate for governor, in the primary. He'll know in four more days if he's headed to the state Capitol.

This story is part of our candidate profile series airing in the last days of the election.