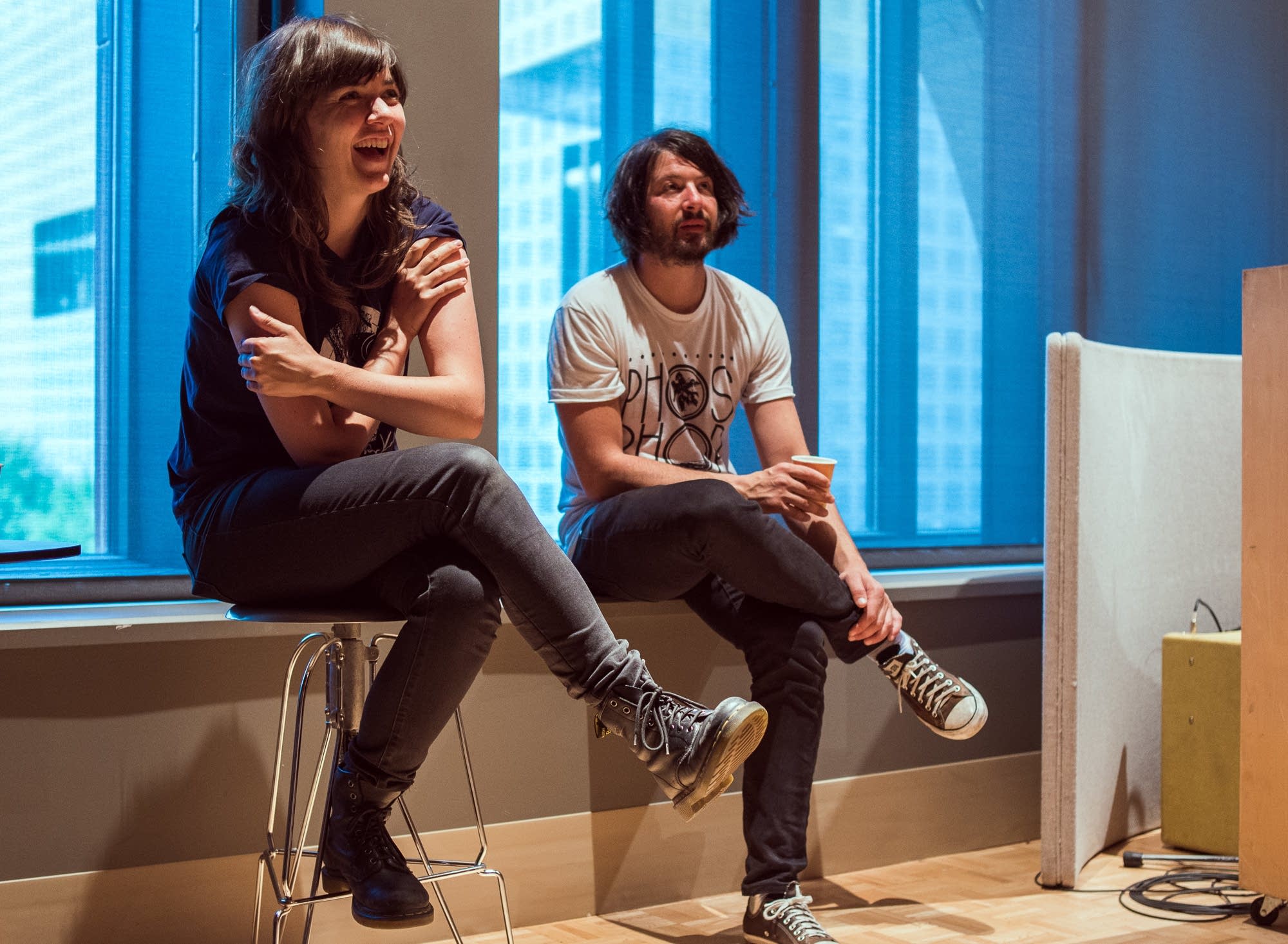 It's been two and a half years since Courtney Barnett finished writing her breakout single, "Avant Gardener," on a beach three hours from her hometown of Melbourne, Australia. When Mark Wheat asked if someone told her two years ago that she'd be touring the world in support of its success, she admits that she would have found it to be a complete joke. 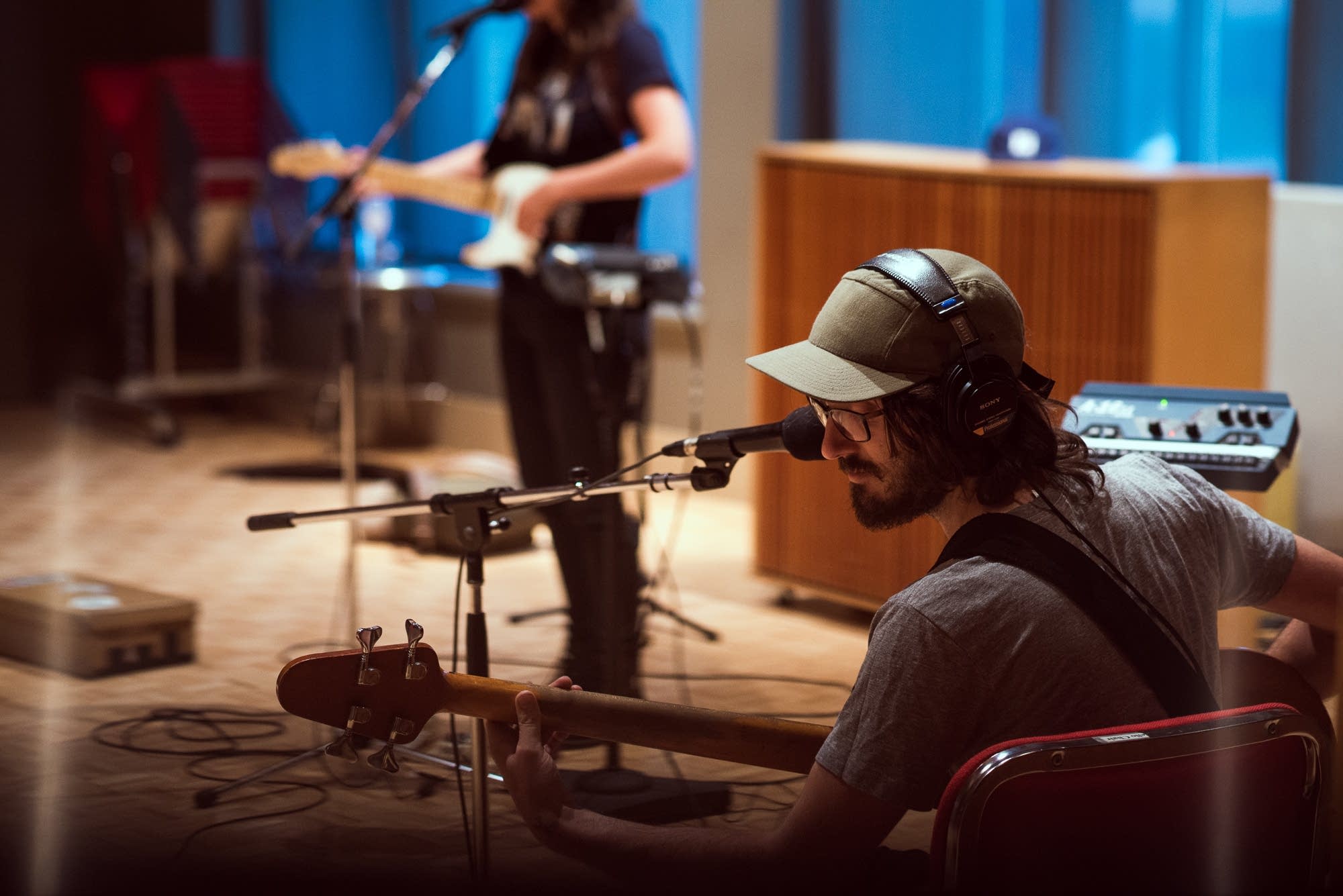 Performing as a trio with bassist Bones Sloane and drummer Dave Mudie, Courtney Barnett and the Courtney Barnetts (yes, that's how they're billed on band merch) have toured three continents since early March. Tonight she makes her Minnesota debut to a sold out crowd at the Varsity Theater with opening act Benjamin Booker. 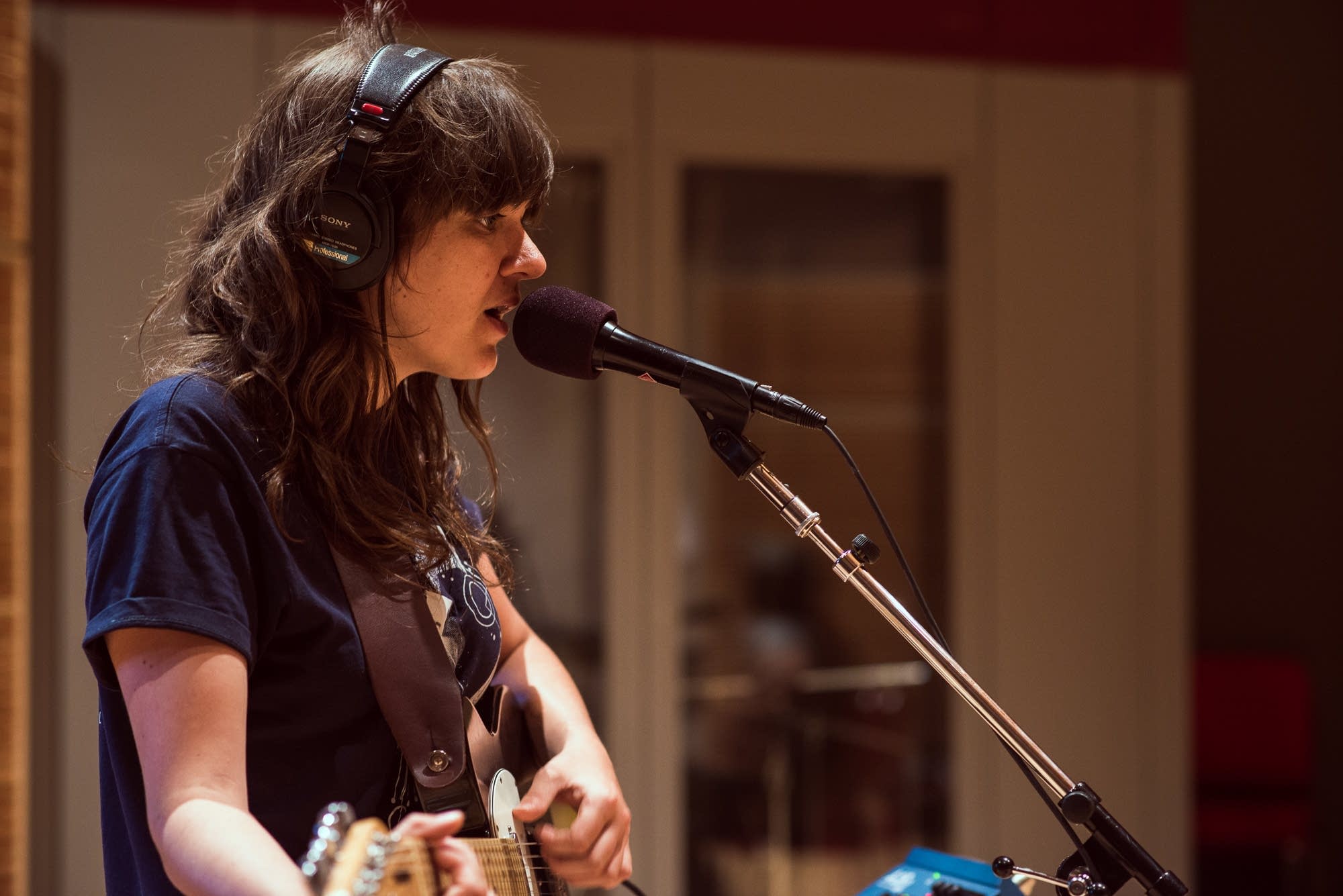 Barnett reveals that she and the band have finished recording the follow-up to the critically acclaimed Double EP: A Sea of Split Peas. After touring with Billy Bragg Down Under, the forthcoming album recording wrapped the day before the trio flew to Indio, Calif., to play Coachella. 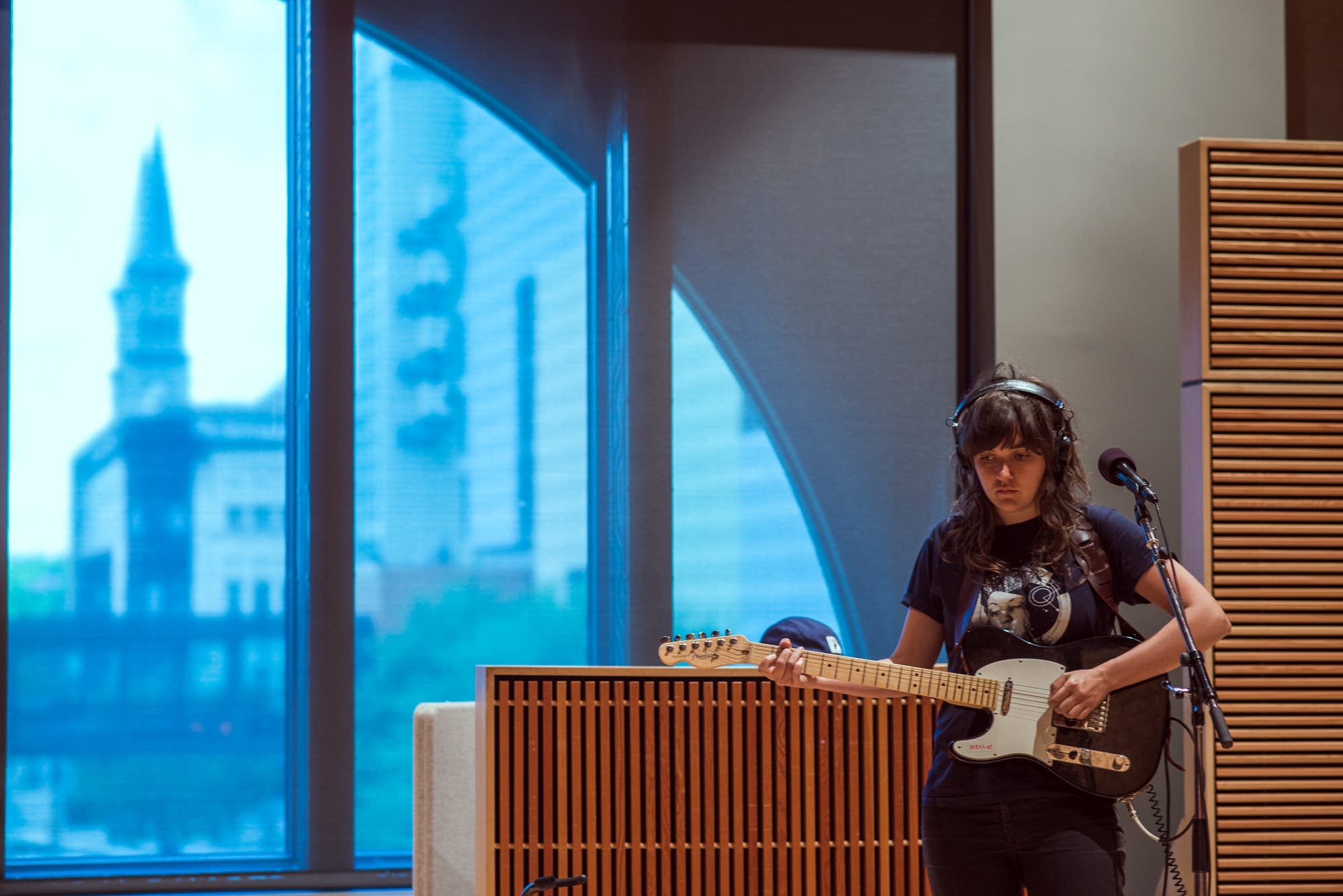 Listen to the whole in-studio session to hear Mark Wheat chat with Courtney about the many references in her charming, quirky lyrics, what it was like being on the road with Billy Bragg, and her take on Aussie Tim Cahill's goal in the World Cup match against the Netherlands. 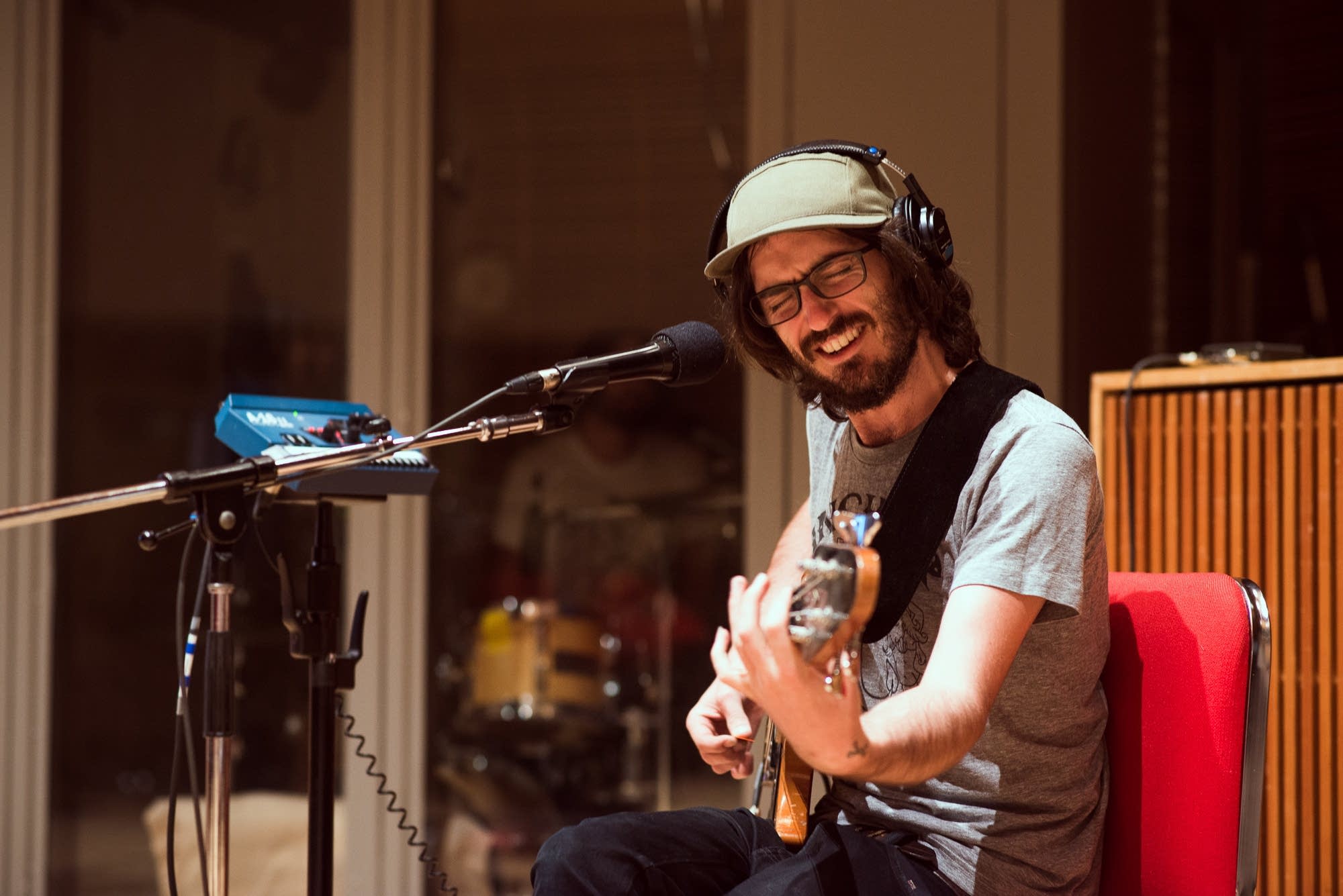 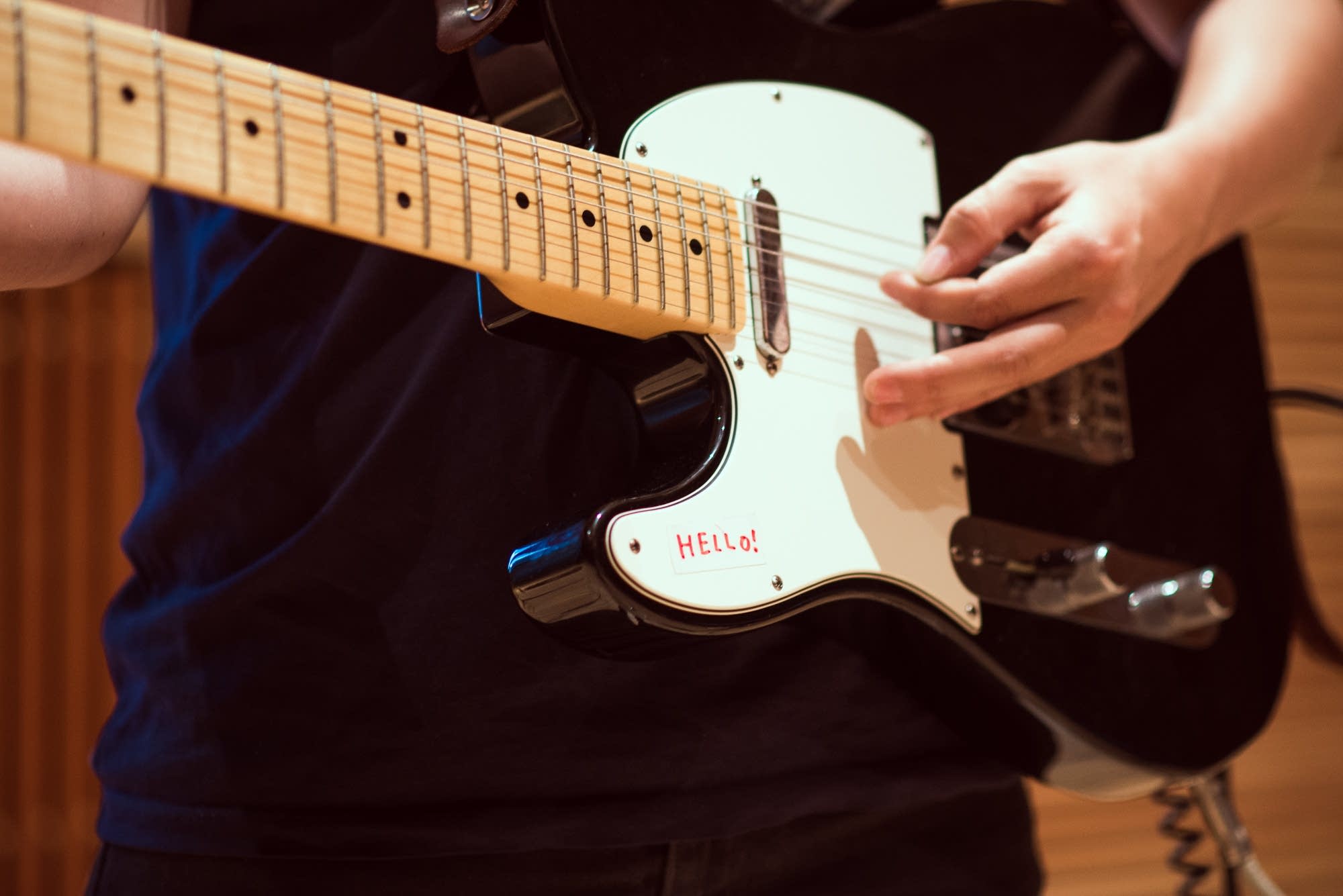 All songs are off Courtney Barnett's latest record, A Sea of Split Peas, out now on Milk!/Marathon/Mom + Pop.