One of the most unexpected book-industry trends of recent years has been the surging popularity of coloring books aimed at adults. At your local bookstore, you can find everything from Mom Life: A Snarky Adult Coloring Book to The Beauty of Horror: A GOREgeous Coloring Book. Harry Potter and Star Wars fans have their own adult coloring books...why not music fans, too?

One publisher, Feral House, offers adult coloring books dedicated to three recently-deceased music icons. As coloring-book subjects, a couple of them seem like no-brainers. Prince? Get out the purple crayon, Harold. David Bowie? Totally — he was one of the most colorful dressers in rock history. Lemmy? Wait...Lemmy Kilmister?

That's right, Motörhead fans, you can now Color the Ace of Spaces. Feral House's coloring book features illustrations by various artists, starting with an Allison Westbrook drawing of Lemmy flipping the bird. Other illustrations include "Lemmy in Nuthuggers" (James Zolo), a grid of airport runways in honor of Lemmy's frequent travel (Jon Tarry), a drawing of Lemmy in which his facial moles become the umlaut in "Motörhead" (David Durrett), and even a picture of just the moles, completely isolated from Lemmy's face (thank you, Charles Kraft). It's a very odd collection, and decidedly not for kids. 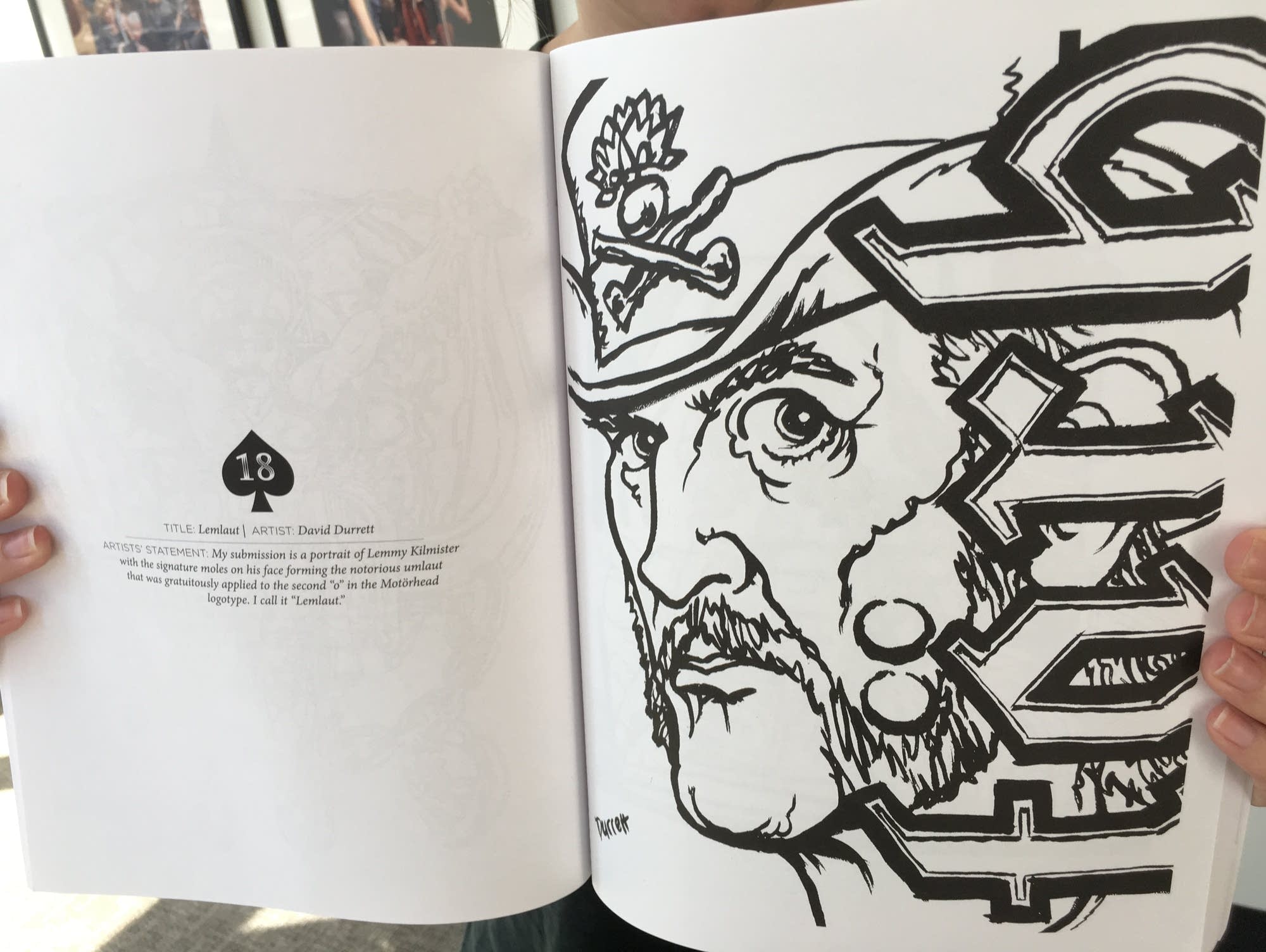 The Bowie book, Color the Starman, is a little more conventional — insofar as anything Bowie-related could ever be called "conventional." We get Bowie in Labyrinth character (Gin Grimsdottir), in his Kansai Yamamoto knitwear jumpsuit (artist Mica O'Herlihy accentuates Bowie's bulge), as the Thin White Duke (Brytanni Burtner), as Aladdin Sane (Rick Klu), and even as Pontius Pilate from The Last Temptation of Christ (Dan Thomas). Poignantly, there are even a couple images of Bowie as he appears in the "Lazarus" video. 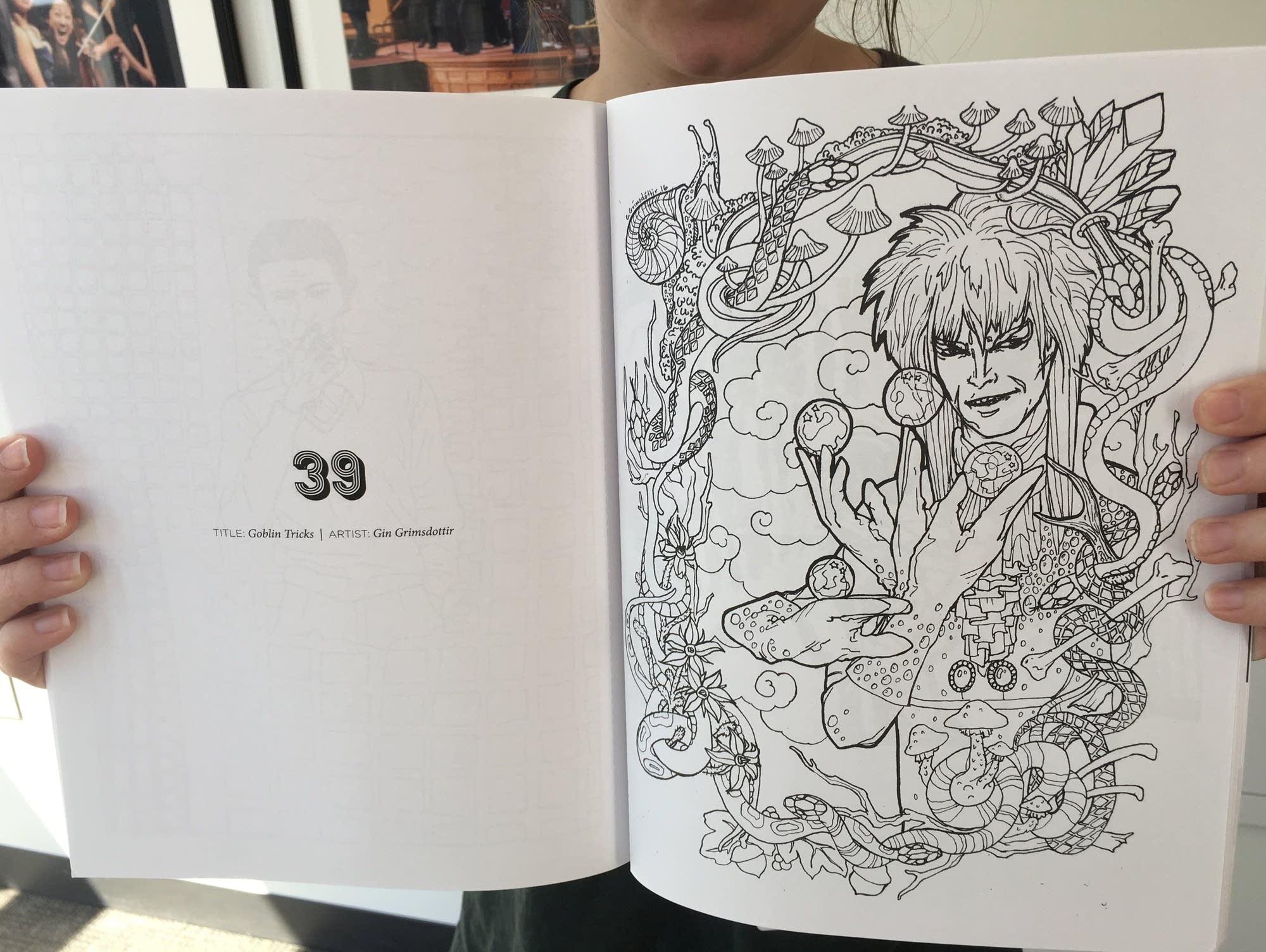 The Prince coloring book opens with a gonzo introduction by author Darius James, who spends much of his brief space riffing on the question of how such a famously clean-living artist ended up dying of a drug overdose. Of the three, this one might be the easiest to actually color: artists Christian Petersen and Alicia Laree Jacques riff on the glyph, while detail freaks can spend all day on the 3RDEYE-era Afro drawn by BKW Burtner. Some of Prince's iconic looks are captured, though being turned into a coloring-book page definitely doesn't make the Lovesexy cover any sexier. Some of the pictures get downright surreal, like a Prince head floating in a plate of spaghetti (art by Zolo) and a take on Grant Wood's American Gothic starring Prince in both roles. 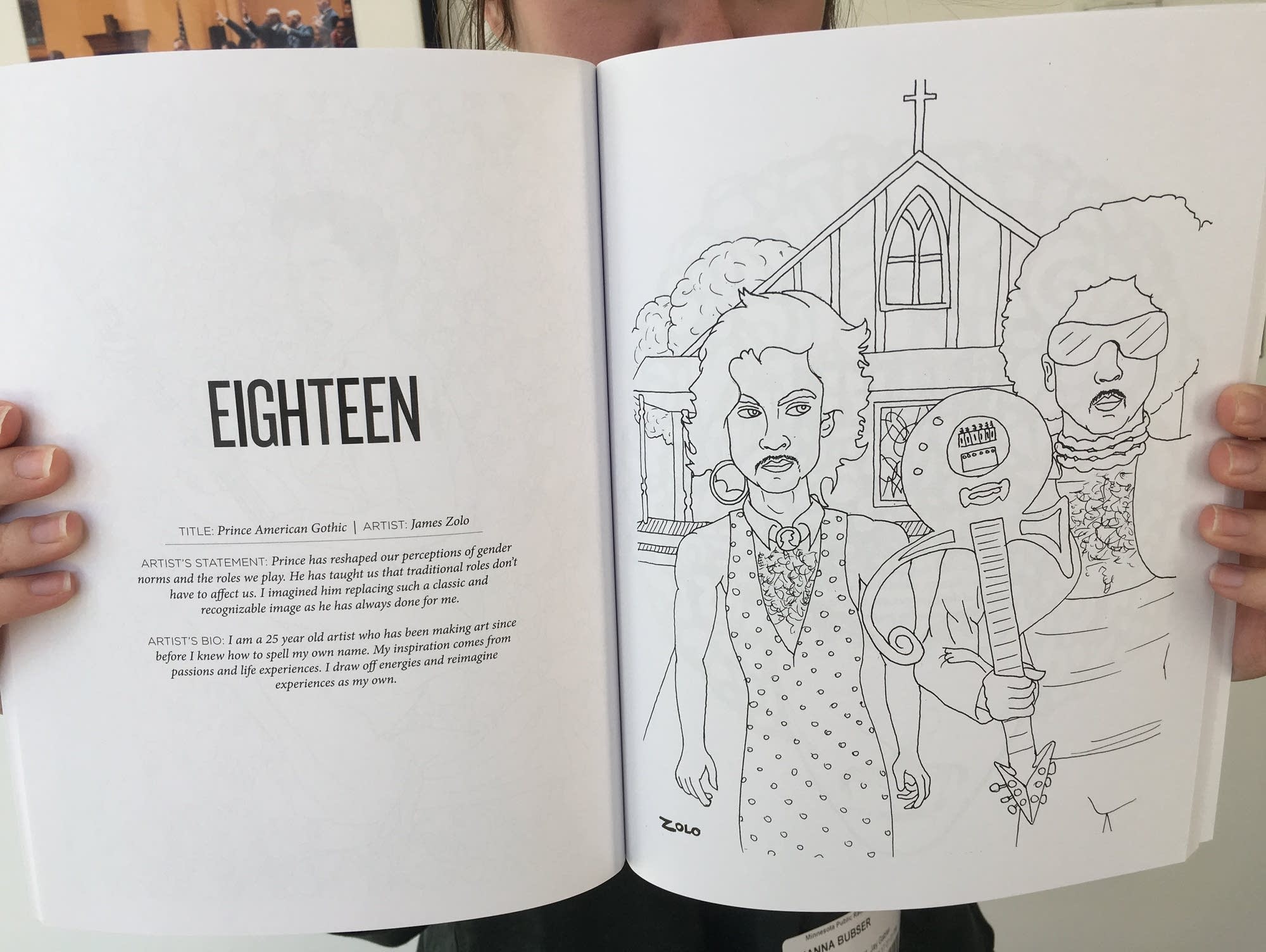 None of these books are for purists. The illustrations are all very creative interpretations of the musicians' various looks, which might be how the publisher gets around licensing issues. Fans will find something to love in every book — as well as something to hate, and everything in between. Just like when you were a kid, you can color the pictures you like and ignore the ones you don't.

One (1) winner will receive one (1) softcover copy of Prince: The Coloring Book. Three (3) back up names will be drawn.

You must be 13 or older to submit any information to American Public Media. The personally identifying information you provide will not be sold, shared, or used for purposes other than to communicate with you about things like our programs, products, and services. See Minnesota Public Radio's Terms of Use and Privacy Statement.