This graphic is a bonus feature of The Current Rewind, the podcast putting music's unsung stories on the map.

The third episode of The Current Rewind centers on the Andrews Sisters, the vocal trio who became emblems of the United States during World War II. They traveled all around the world to perform at USO shows for the troops. But every summer until their uncles passed, they'd take a little time off to visit Mound, Minn., a small tourist town off Lake Minnetonka.

We asked illustrator Kaitlyn Bryan to paint us a picture of the Andrews Sisters' Mound: their favorites places to visit, like the swimming beach and the town casino, where they'd set bowling pins until they earned admission to the roller rink upstairs. We also included spaces dedicated to them more recently, like the Andrews Sisters exhibit at the Westonka Historical Society and the Andrews Sisters Trail around Lost Lake. Take a look below. 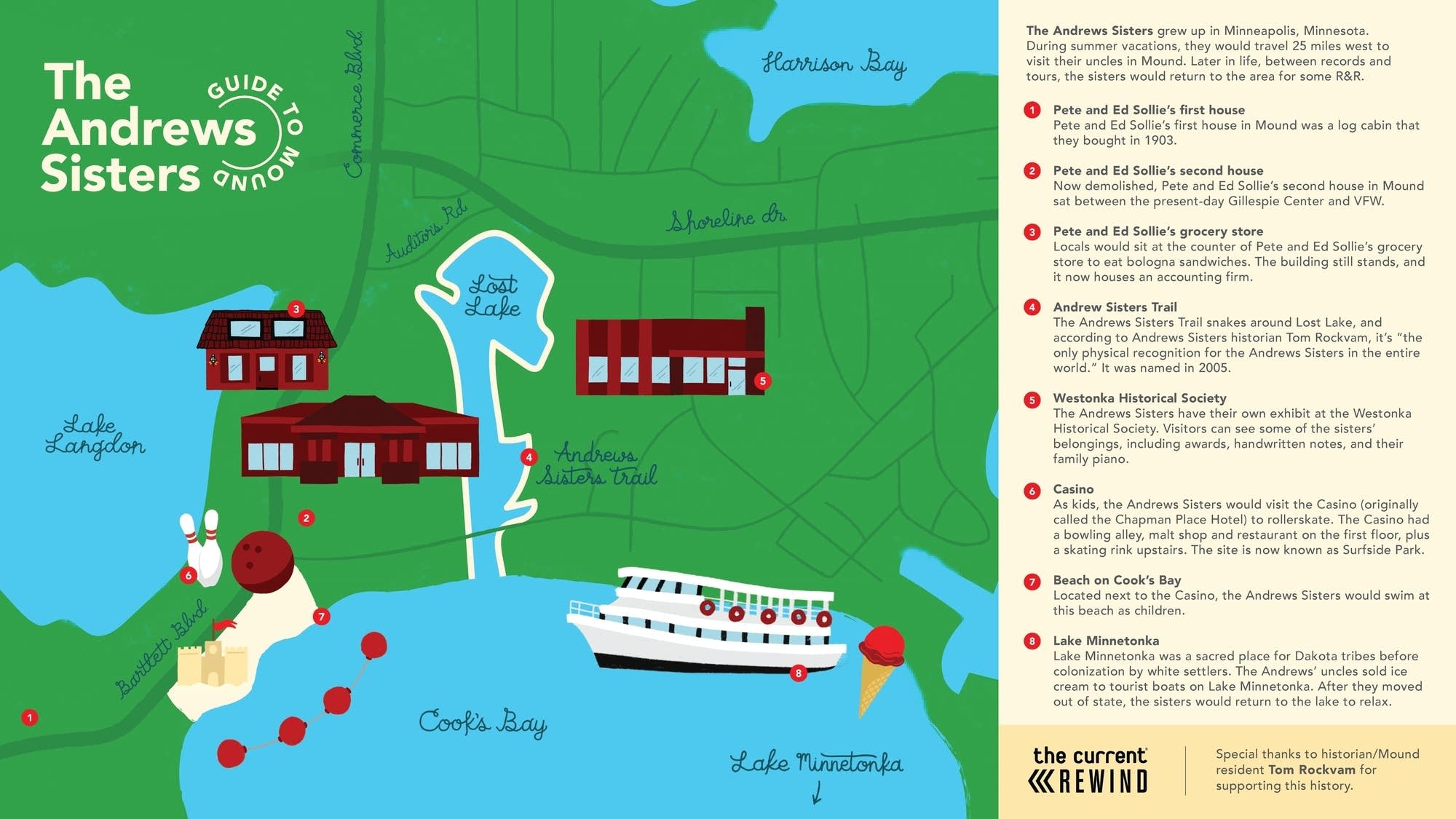 The Andrews Sisters grew up in Minneapolis, Minnesota. During summer vacations, they would travel 25 miles west to visit their uncles, Pete and Ed Sollie, in Mound. Later in life, between records and tours, the sisters would return to the area for some R&R.

6. Casino
As kids, the Andrews Sisters would visit the Casino (originally called the Chapman Place Hotel) to rollerskate. The Casino had a bowling alley, malt shop and restaurant on the first floor, plus a skating rink upstairs. The site is now known as Surfside Park.

7. Beach on Cook's Bay
Located next to the Casino, the Andrews Sisters would swim at this beach as children.

8. Lake Minnetonka
Lake Minnetonka was a sacred space for Dakota tribes before colonization by white settlers. The Andrews' uncles sold ice cream to tourist boats on Lake Minnetonka. After they moved out of state, the sisters would return to the lake to relax.

Special thanks to historian/Mound resident Tom Rockvam for supporting this history.