This photo gallery is a bonus feature of The Current Rewind, the podcast putting music's unsung stories on the map.

"I'm very proud of my neighborhood," community activist Abdirizak Bihi told The Current Rewind producer Cecilia Johnson. "We are a community that all of us — we know each other, we've got Somali businesses, East African restaurants, Asian restaurants, mainstream restaurants and coffee shops. We've got three mosques, one church. We've got bars — some of them are 100 years old."

Bihi has lived in Cedar-Riverside, or "Little Mogadishu," as he affectionately calls it, for 21 years. Like many of the neighborhood's residents, he immigrated to Minneapolis' West Bank after leaving his home country of Somalia. Now, the Minneapolis neighborhood has become a hub for Somali music and culture — it's not uncommon to see Somali music legends like Aar Maanta strolling along Cedar Avenue. 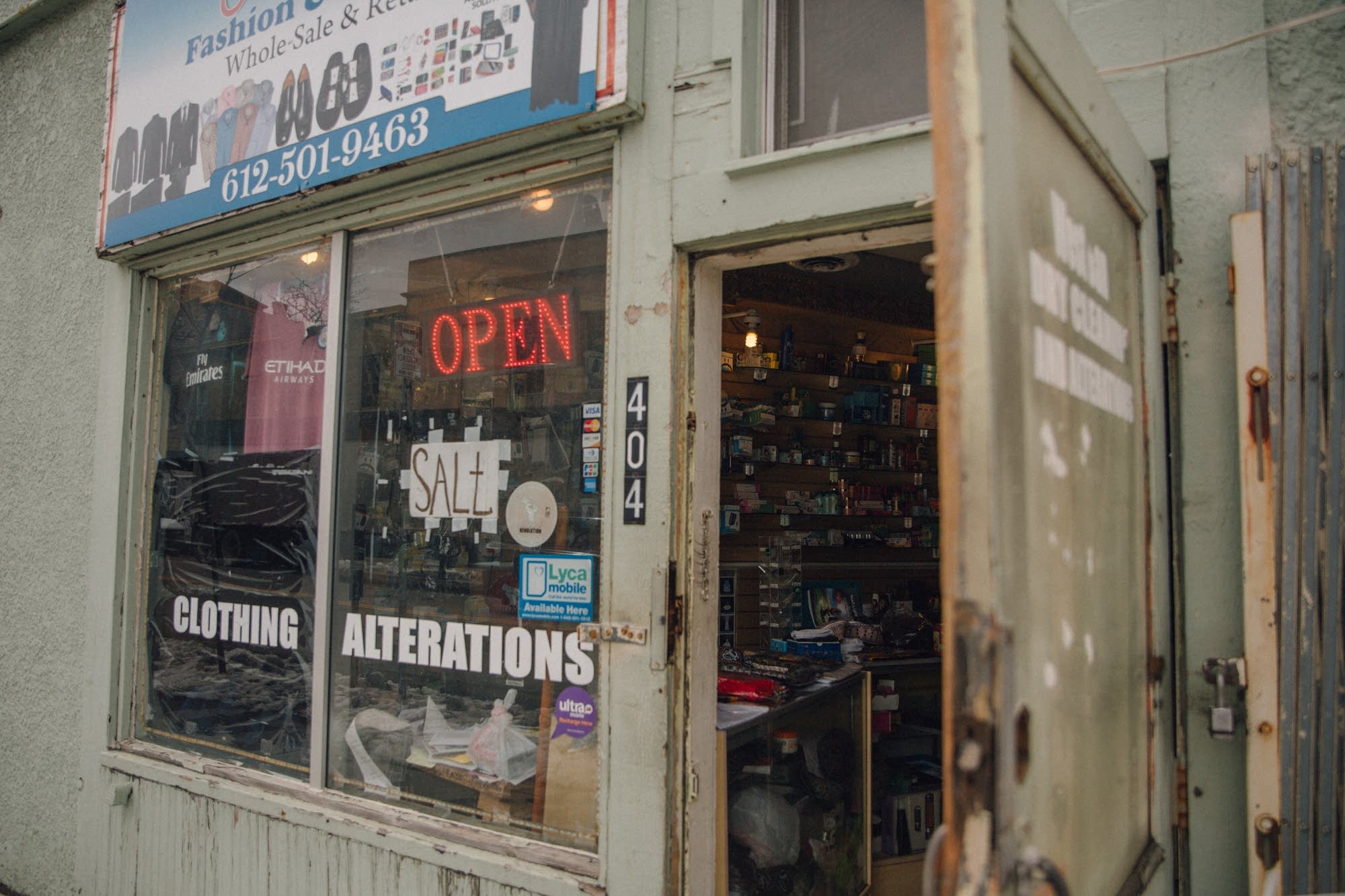 A storefront on Cedar Avenue in Minneapolis. (Mary Mathis for MPR)

Cedar-Riverside has a deep cultural and artistic history; in the mid-1800s, the U.S. government forced Native inhabitants to sell their land, and soon Scandinavian and Eastern European immigrants began flooding the West Bank. In recent years, Cedar-Riverside has been a home to Somali refugees fleeing the country's civil war, which officially began in 1991. Thanks in large part to voluntary agencies, many Somali refugees found their way to Minnesota, which can now claim the largest Somali population in the United States.

Abdirizak Bihi hosts Somali Link Radio every Tuesday evening on the community radio station KFAI. KFAI sits on Riverside Avenue, just blocks from other neighborhood fixtures like the Cedar Cultural Center and Palmer's Bar. There are two other Somali shows on KFAI, but according to Bihi, Somali Link Radio is the only English-language Somali radio program in the country. He started the show in 2017, intending to connect with neighbors who might not be familiar with Somali culture. 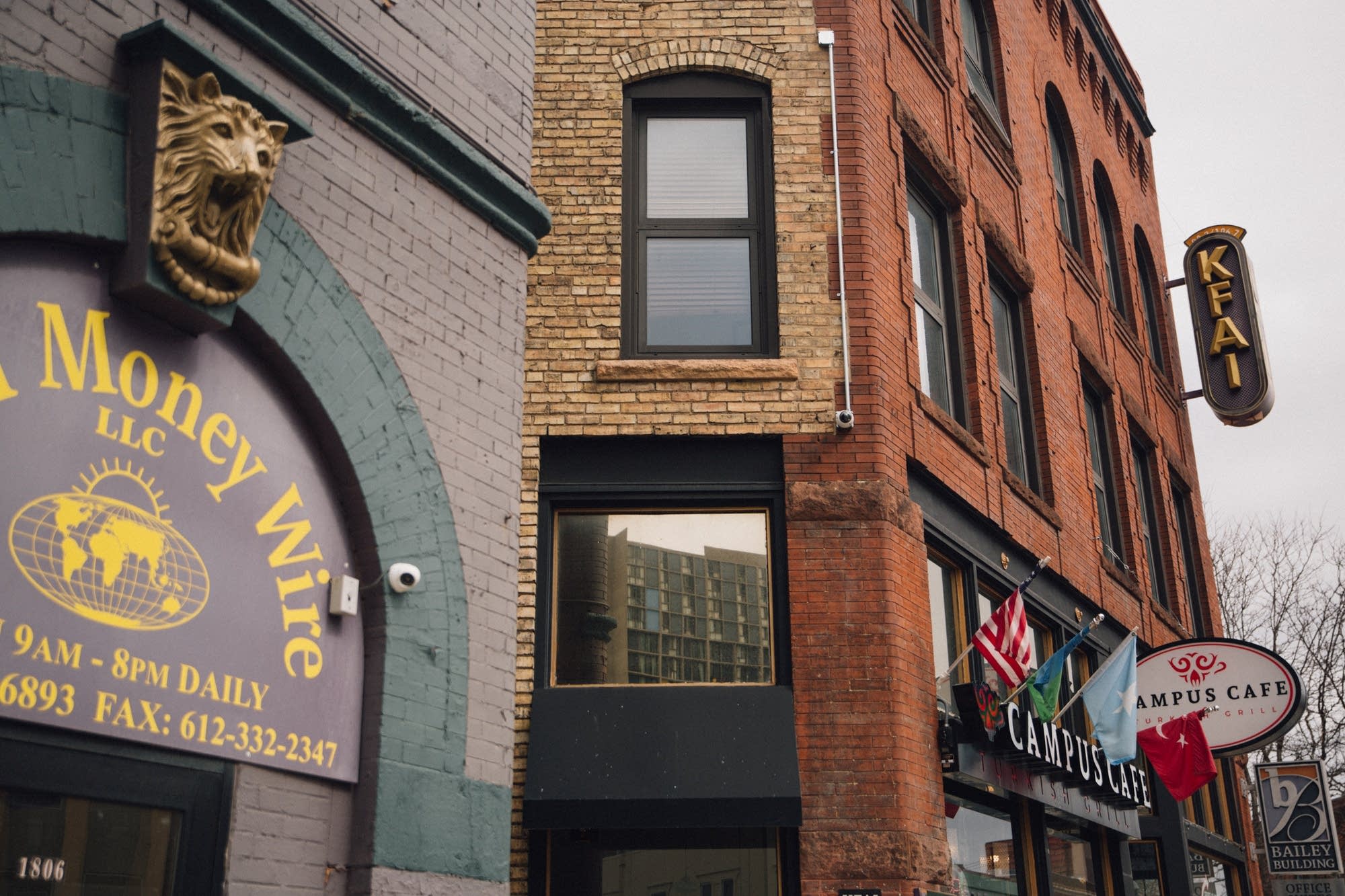 "I do Somali cultural presentations for a lot of neighbors who don't know much about the community, so there's a lot of negativity out there," said Bihi. "I decided to do this radio in English, and that would save me a lot of resources and time." 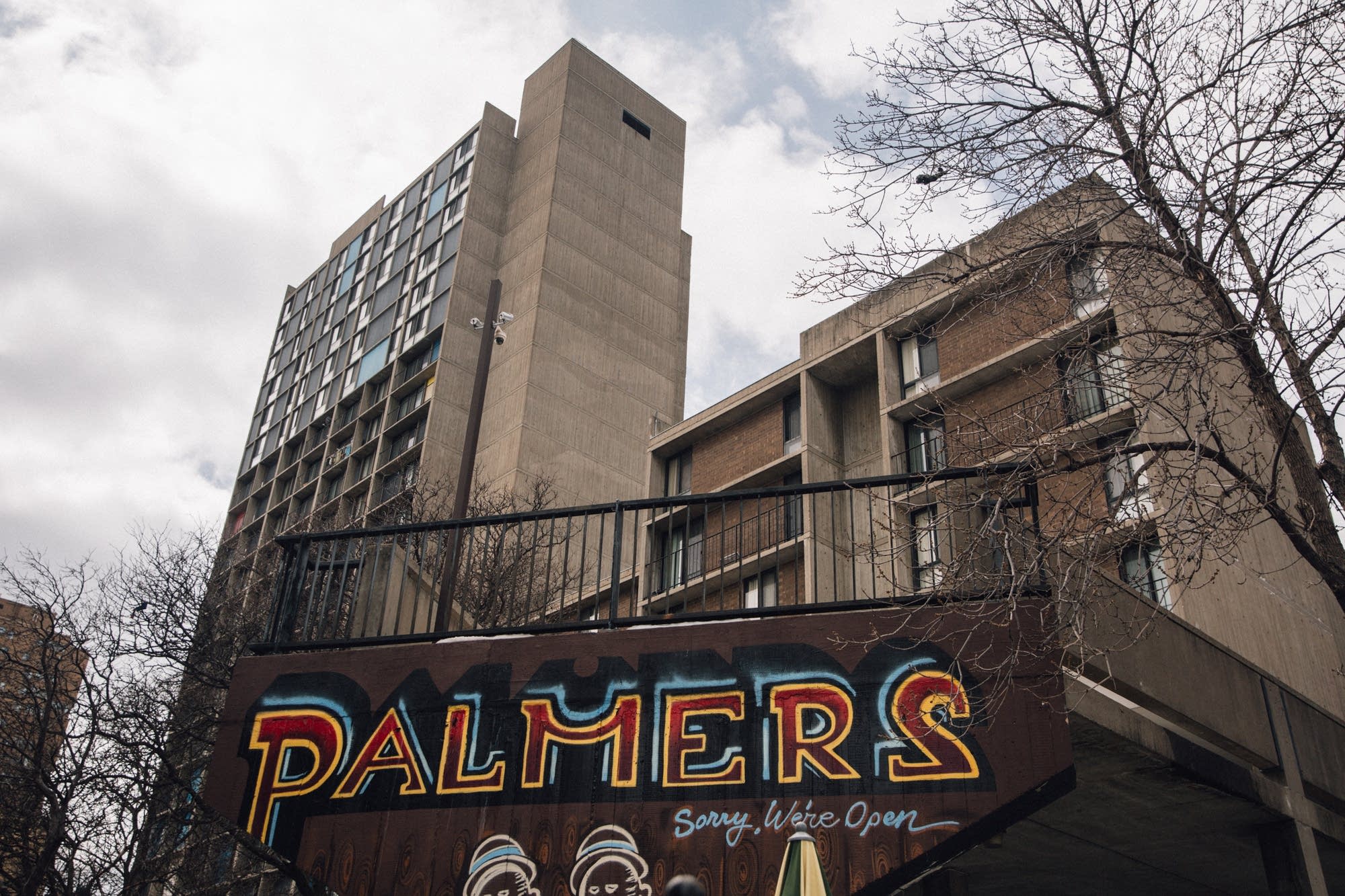 If you step outside KFAI and take a left onto Cedar Avenue, you'll find yourself at Palmer's Bar, where you can grab a drink and see live music from local artists. Next to Palmer's is the Masjid Dar Al-Hijrah mosque, which many Cedar-Riverside residents visit to pray. "That's the only spot in the whole state where you have a mosque where we pray five times a day, and a bar with music next door," Bihi said. 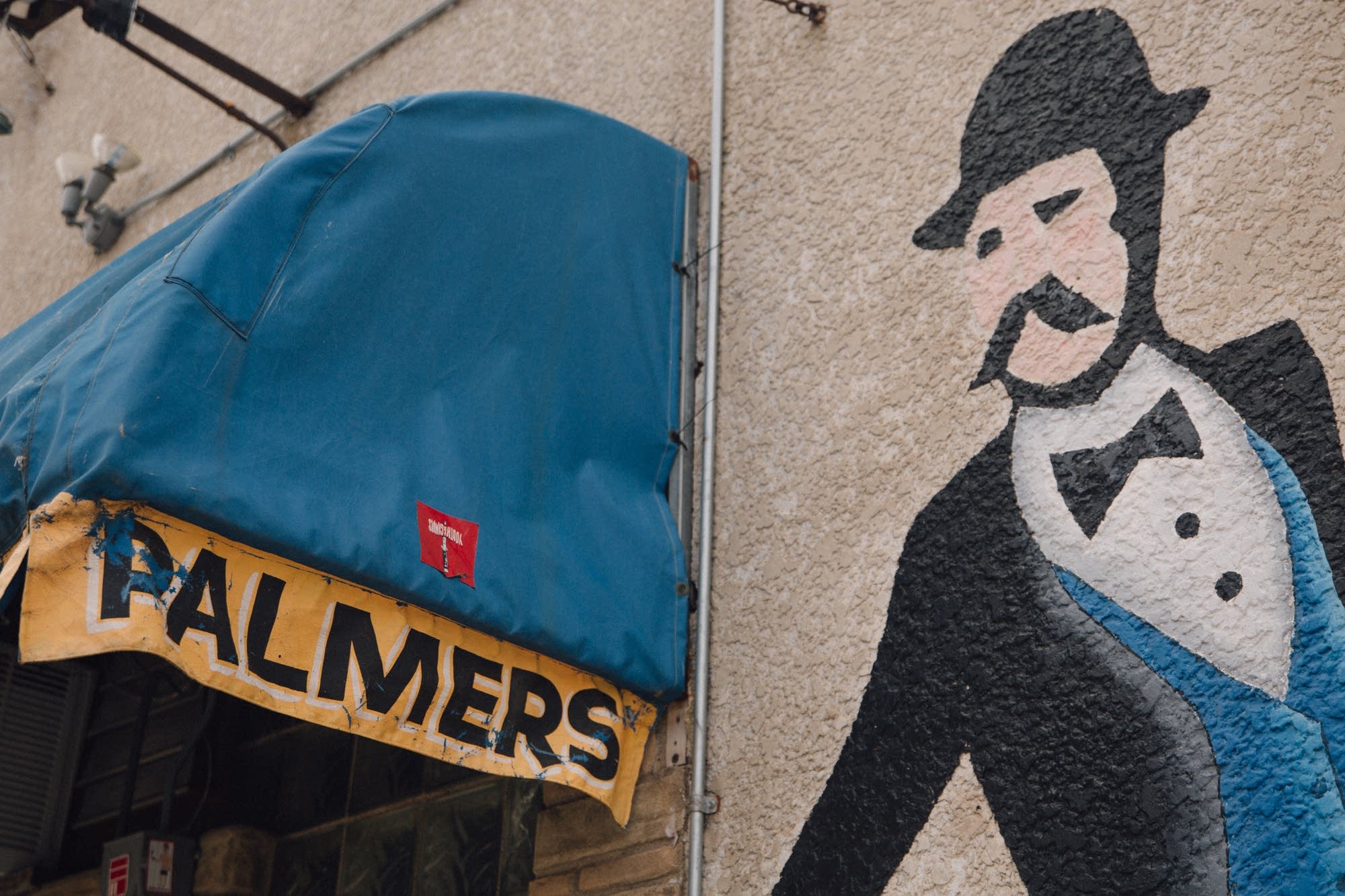 Art outside of Minneapolis' Palmer's Bar. (Mary Mathis for MPR)

Just a couple doors down from Palmer's and Masjid Dar Al-Hijrah is the Cedar Cultural Center, a movie theater-turned non-profit music venue, which has become a cultural staple of the Cedar-Riverside neighborhood. The Cedar books concerts from a plethora of genres; on any given week the venue might host a Cuban jazz singer, Australian singer-songwriter, and/or line-up of local musicians. The Cedar is also home to a residency program called Midnimo (the Somali word for "unity"), which brings Somali artists from around the world to Minneapolis to engage in performances, workshops, and education programs.

"Sometimes you will see 20 or 40 school buses lying in front of Cedar Cultural Center, or sometimes 10, with all these young people of all races and cultures coming to see a Somali legend," Bihi said. "I see young Somali girls and boys that really become so proud and grow inches in front of you. So that's how music really impacts our culture, our community and our second and third generation. It's really closing the gap." 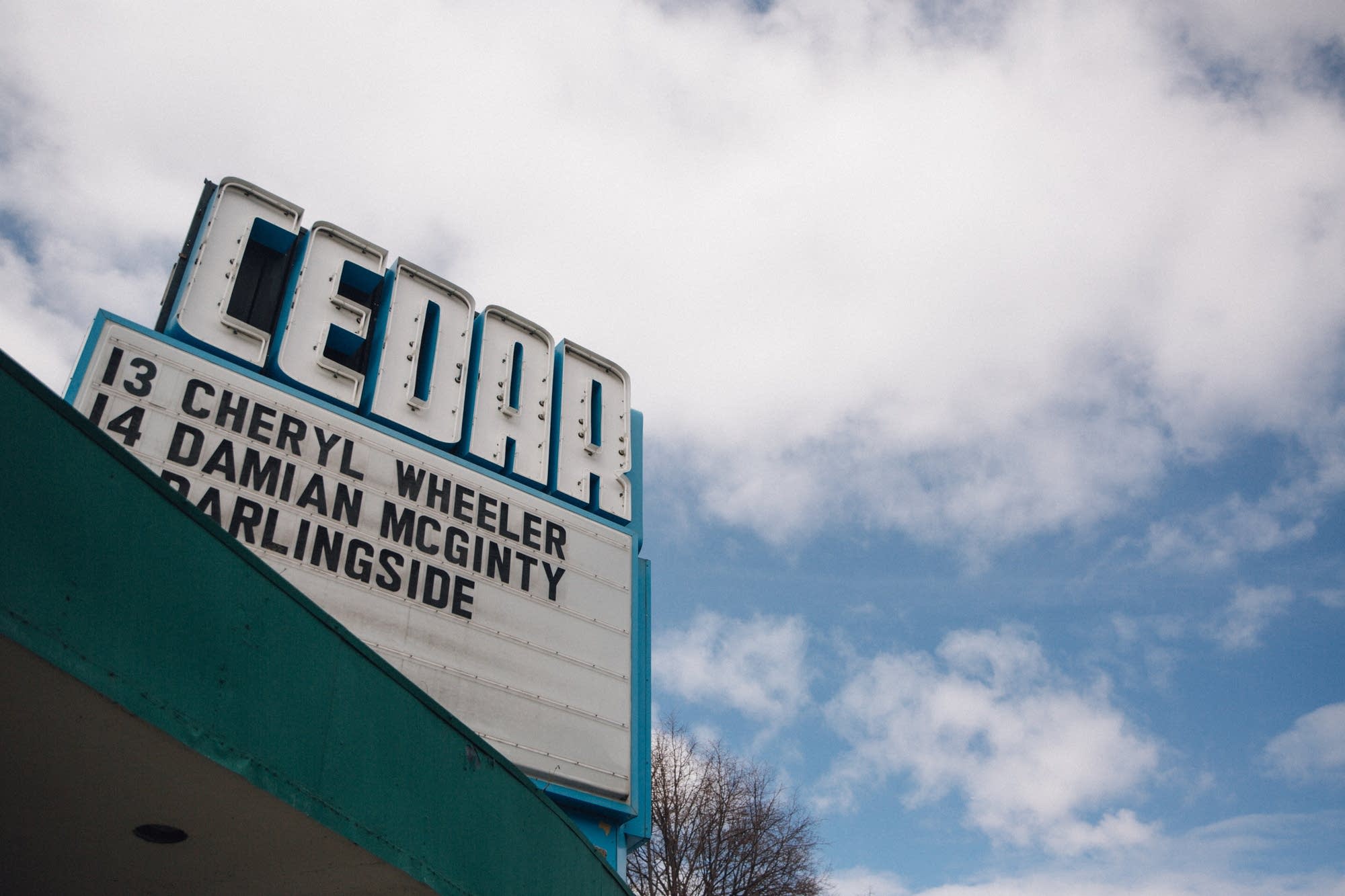 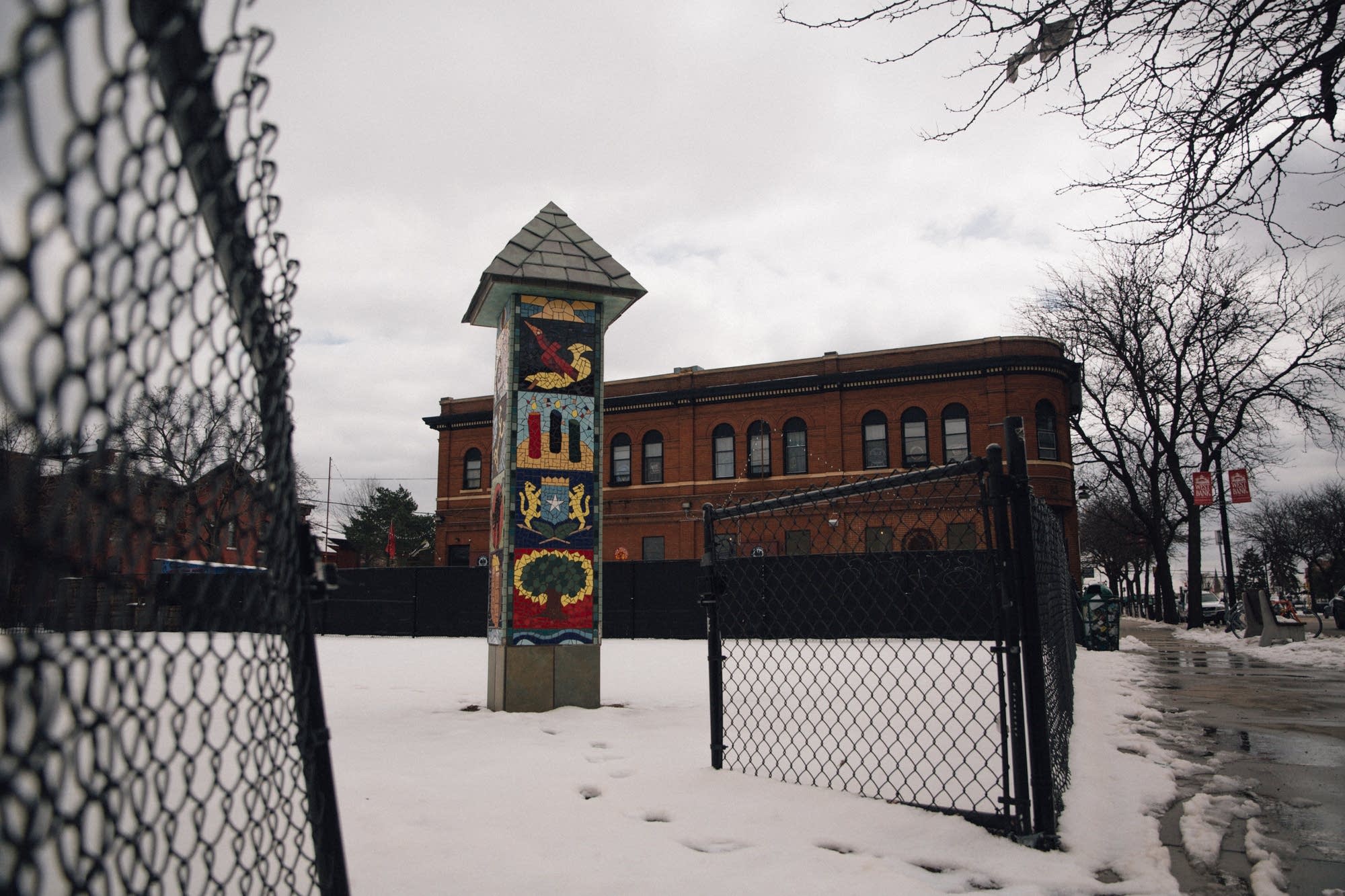 "A lot of people don't know what Cedar-Riverside is," Bihi says, "or some of them, they have a negative thing. But this is where I raise family, and this is where I spend most of my time working, and it's as safe as it could be."

From Mixed Blood Theatre to the Cedar Cultural Center, Augsburg University, and KFAI, Cedar-Riverside is brimming with organizations that participate in the neighborhood's community and help shape its young population. "I would love to see those institutions be funded or supported because they continue impacting our community, helping prepare next generation of young people," said Bihi.

"To me every day is a perfect day, even if it's 20 below, because it's the people who live here that really [are] amazing."