Imagine you're at a Blondie concert in 2019. The band start vamping on one of their classic grooves...maybe it's "Heart of Glass," maybe it's "Rapture." Then, Debbie Harry walks out to take the mic. Stunning, instantly recognizable, a 74-year-old music icon. When the cheering dies down, she starts to tell the story of her life.

It's funny, shocking, dry, poignant. Mostly chronological, sometimes not. Sometimes self-deprecating, never self-aggrandizing — but then, Harry doesn't have to aggrandize herself. She knows who she is, and what she does, and why you're there to see her do it. Suddenly, nine hours have gone by. You could stand there listening for longer, but she lets you go because she knows you probably have to pee like a racehorse.

You may be starting to have some idea of what it's like to read Face It, Harry's new memoir. She's open about the fact that this isn't an autobiography like Bruce Springsteen's Born to Run or Tegan and Sara's High School, where authors start out with a sure idea of what they have to say. "Writing my own story still feels like unexplored territory," she writes. Among all her accomplishments, what's she most proud of? "Even trying to do it, that was a major step."

The book's basis is a series of long interviews Harry recorded with collaborator Sylvie Simmons. That gives the book a conversational feel, which isn't a bad thing. The singer-songwriter seems to know there will be other biographers who will set out to explain it all, to put her life in context. That's not her job, or her aim. What she aimed to do, it seems, is to just tell it like it was, as best she remembers, from her perspective.

Harry's face, behind sunglasses, adorns the cover of the gorgeously designed volume, with Rob Roth appropriately credited as creative director on the title page. The text covers a few hundred pages of variously colored paper, with photos and galleries of fan art: a nice touch, Harry's acknowledgement that her life and music are, and have always been, in the eye of the beholder.

"Face It became my title choice for three reasons," she writes. "1) From all the fan art portraits I have collected over the years, 2) because of all the photos taken of me, 3) and finally, because I have had to face it in order to do this memoir."

Her official bio (the short version, for press releases) describes Harry as "the face of Blondie." Of course she's far more than that: she's the band's voice, and its spirit. Still, there's no getting away from the visual impact Blondie have always made, encapsulated on 1978's Parallel Lines, which sports one of the most recognizable album covers of the rock era: Harry, a stunning platinum blonde in a white dress, stands in front of a line of her male bandmates in skinny-tie suits. 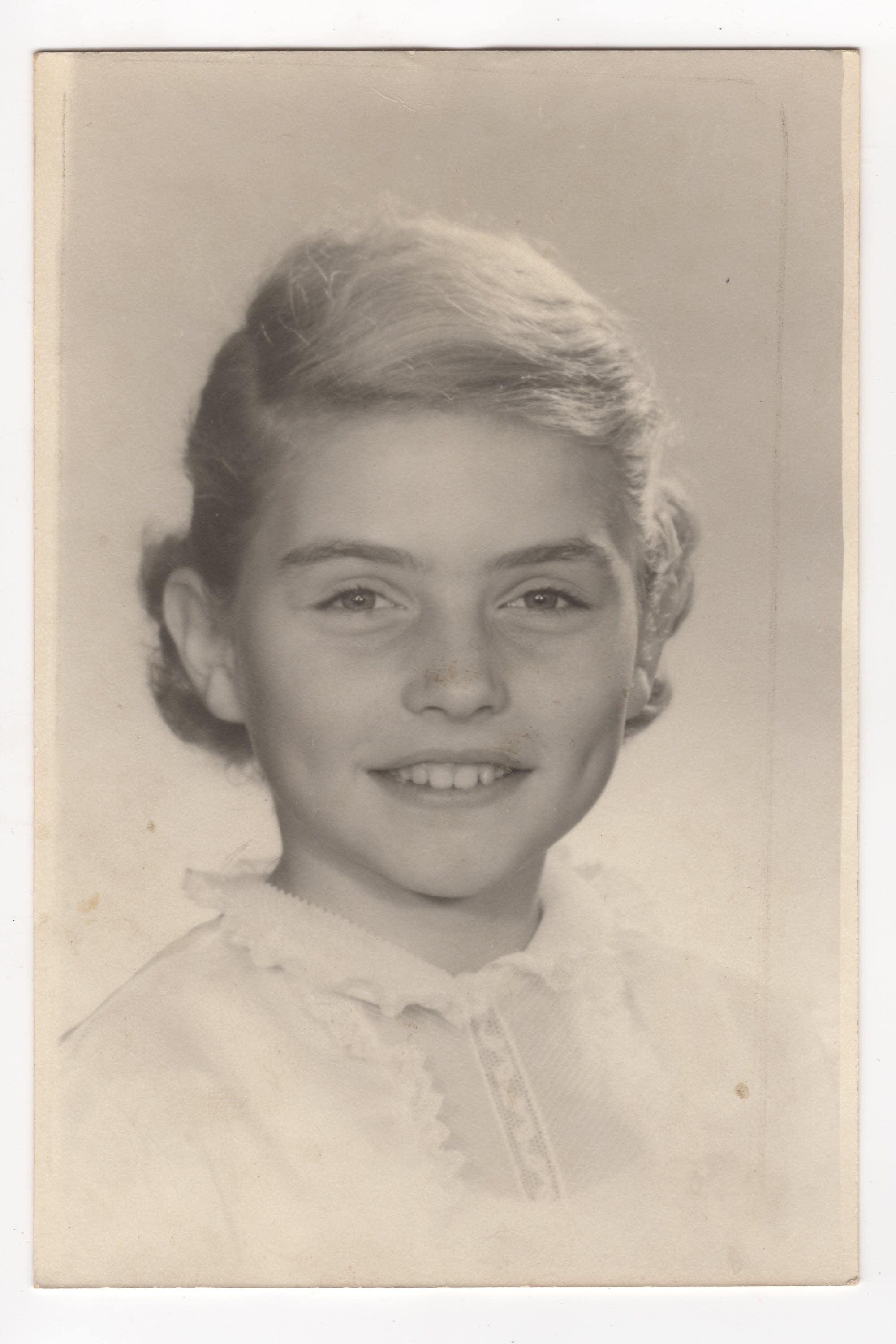 Throughout the book she occasionally reflects on the significance of the male gaze, but she doesn't delve as deeply as you might expect: it's something she's always taken for granted. Literally from birth, everyone around her talked about how strikingly attractive she was, sexualizing her as a matter of course.

A doctor creepily told her parents their infant had "bedroom eyes," and when she was just a tween, she and her cousin put makeup on and were followed home by drummer Buddy Rich and a friend; when the men "discovered" (my quotes, not hers) their would-be dates were children already past their bedtime, Harry's parents "just thought it was hilarious."

Fast-forward to the late '70s, when Blondie were on tour with David Bowie, who did some cocaine backstage with Iggy Pop and then pulled out his penis. "Since I was in an all-male band," Harry muses now, "maybe they figured I really was the cock-check lady." Bowie liked to show his member to both men and women, Harry writes. "It was so funny, adorable, and sexy."

Suffice it to say, Harry's take on her life as one of the few female stars in a heavily male music scene is uniquely her own. Near the book's end, she writes at being surprised when her manager told her he hoped she'd write about how she broke ground as a woman. "I know there is misogyny and I know there is bias, but I'm more concerned with being good at what I do. It is a man's world."

Face It helps readers understand just how Harry came to be so good at what she does. Not through extended discussions of songwriting sessions, or tributes to her vocal influences: there's very little of any of that. Instead, it contextualizes Harry's life and career in the context of her time and place.

Casual fans may not realize that when Blondie hit the cover of Rolling Stone in 1979, Harry was about to turn 34 years old. Like Talking Heads, Blondie were darlings of the downtown punk scene before they broke into mainstream success, and even by the time Blondie released their 1976 debut album, Harry had spent over a decade ensconced in the New York scene.

The New Jersey native earned an associate's degree at a college she describes as "basically a dating service," then moved to the Big Apple in 1965. She starred in art films, worked as a server at Max's Kansas City, hung out with Andy Warhol's Factory crowd, drove the New York Dolls around in her dad's car. She dated a house painter who became a frighteningly possessive stalker, inspiring the later Blondie song "One Way or Another."

Almost inevitably, she fell into various musical groups, semi-ironically covering pop nuggets by the Shangri-Las and the Beach Boys. Blondie finally clicked as a band when Harry formed a musical unit with guitarist Chris Stein, who became a decade-plus romantic partner and lifelong artistic collaborator. 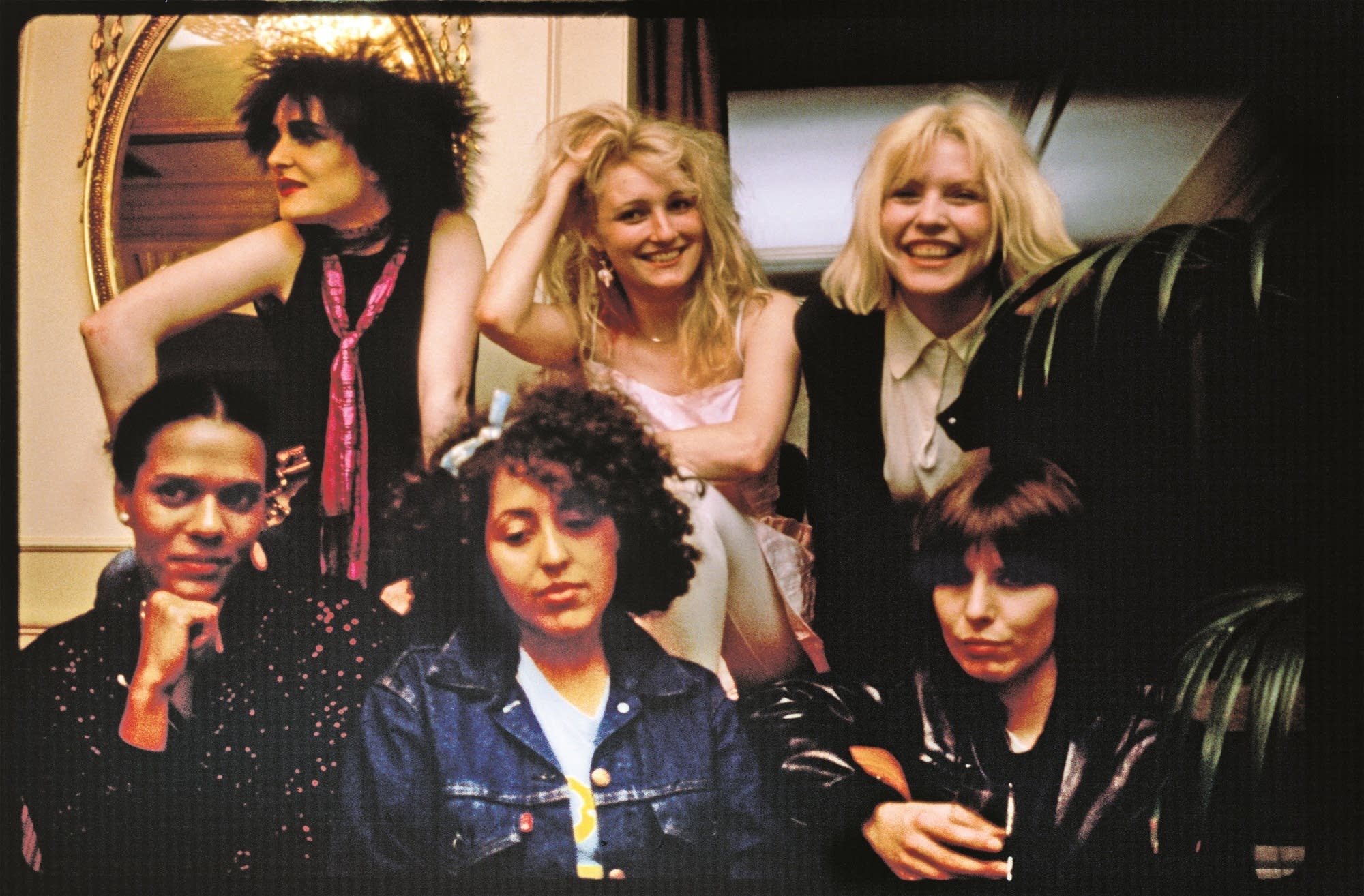 Harry has plenty of CBGB stories, including a troubling recollection about a mugger who followed Harry and Stein home, stealing their gear and raping the singer. It's a reminder that the Bowery used to be very different in the '70s: there was a reason the broke punks could afford real estate there. She also writes about how she developed her onstage persona. By this point in the story, when you consider her experience in the Warhol-era art scene, this passage feels revelatory.

The "Blondie" character I created was sort of androgynous. More and more lately, I've been thinking that I was probably portraying some kind of transsexual creature. [...] A lot of my drag queen friends have said to me, "Oh, you were definitely a drag queen." They didn't have problems seeing it. It was the same thing with Marilyn [Monroe] really. She was a woman playing a man's idea of a woman.

For Parallel Lines, their commercial breakout, Blondie worked with producer Mike Chapman, "the Hit Meister," writes Harry. "He looked very Hollywood, with his aviator sunglasses and long white cigarette holder, but he had the rock 'n' roll spirit." The label brass said they didn't hear a single, but the band refused to change a thing.

Blondie and Chapman were validated when "Heart of Glass" hit number one. The band's working title for the track had been "The Disco Song," and Harry said she and Stein thought it sounded like Kraftwerk. "It's disco but at the same time it's not." It was disco enough to have "p--sed off a lot of critics" in an era when disco was widely denigrated, "but as Chris the Dadaist likes to say, it made us punk in the face of punk."

The band's eclectic impulses further served them with their 1981 hit "Rapture," the first chart-topper to feature rapping. Besides the fact that it was made by white punks, "Rapture" was also unusual for a rap song in that it was written and recorded with a live band, rather than being built from samples and loops.

Although Harry and Blondie were unlikely hip-hop hitmakers, they weren't dilettantes: the song name-checked Fab 5 Freddy and Grandmaster Flash, with a video featuring breakdancers and Jean-Michel Basquiat. From the band's perspective, rap was an exciting new musical frontier arising from New York's unique creative ferment, and "Rapture" helped bring national visibility to the art form.

A collaboration with Bernard Edward and Nile Rodgers of Chic seemed like a logical next step, and Harry points out that Blondie were the first rock band to work with a duo who became among the decade's top hitmakers. The Midas touch that worked for David Bowie (Let's Dance) and Madonnna (Like a Virgin) didn't quite click, though, for Blondie. The band's commercial zenith was past, and they broke up in 1982 amid health struggles (for Stein, who ultimately recovered after an arduous battle with an autoimmune disease), financial struggles ("we got taken"), and a breakup between Harry and Stein as romantic partners. 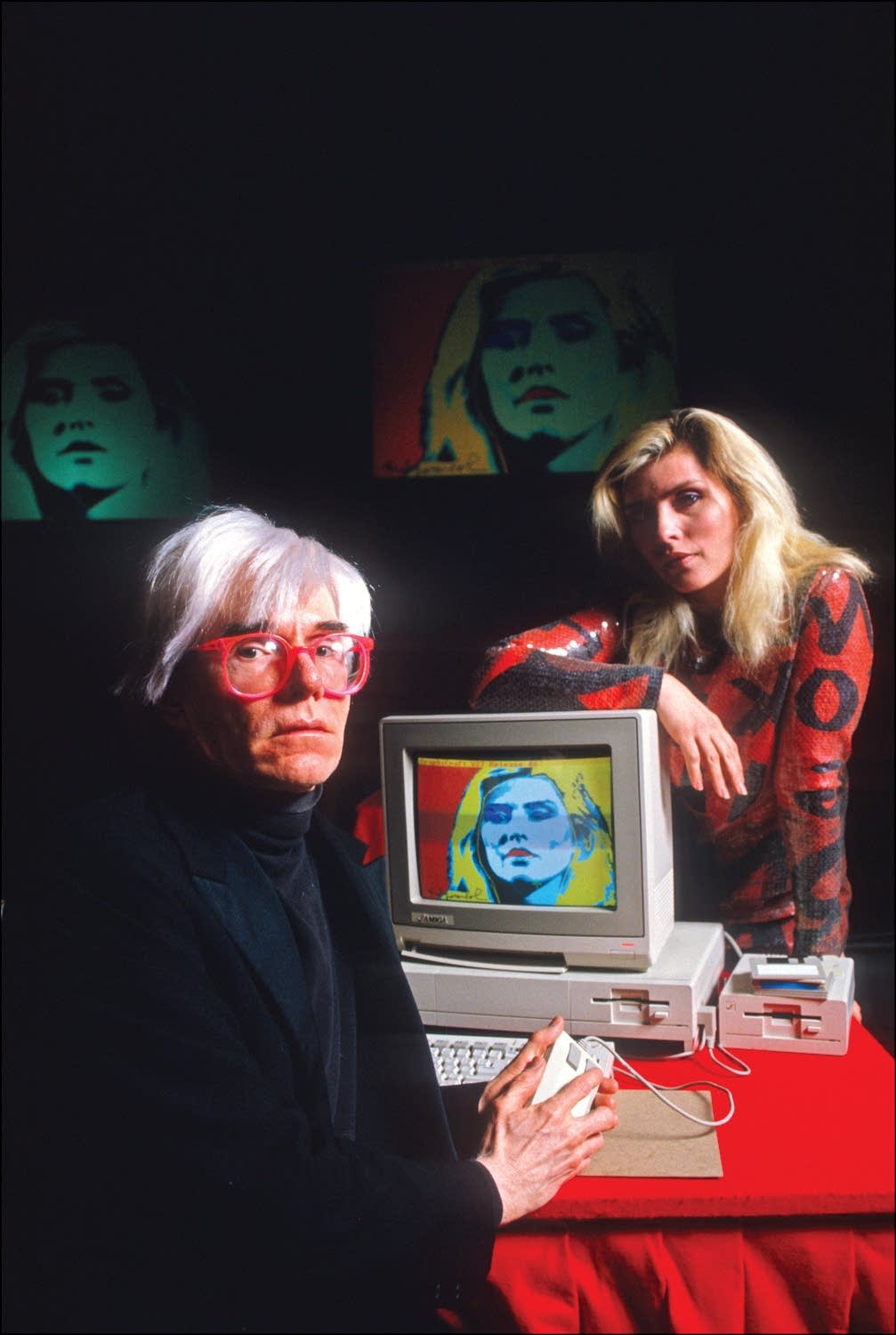 Debbie Harry and Andy Warhol with an Amiga computer in 1985. (Dey St.)

The book's final chapters tell stories from the wild, glamorous, wholly unique life Harry's lived for the past 35 years. She touches on her various film projects, including roles in Videodrome and Hairspray. She remembers posing for an Andy Warhol portrait as part of an Amiga promotional event at Lincoln Center in 1985. (In a photo, Warhol cradles a mouse as though it's an actual living animal.) Did you know she dated Penn Jillette, and helped him design a hot tub that's described in its patent as a "hydro-therapeutic stimulator" for women? Now you know.

Blondie reunited in 1997, and were inducted into the Rock and Roll Hall of Fame in 2006; a public shouting match between the band's present and former members over why not all the inducted members were performing at the ceremony turned the occasion into one of the most notorious inductions in Rock Hall history.

Harry and Stein got past all that, though, and Blondie continue to tour and perform; their most recent album is 2017's Pollinator. Stein writes a short introduction to Face It, but you get the sense that he and Harry have a relationship that goes way beyond words.

That's not always a good thing. One of the book's most telling anecdotes comes from 2017, when Blondie were touring behind Pollinator. An interviewer asked Harry about Blondie's breakup in the '80s, when Stein became ill "and then you walked out on him." Since the two had never publicly discussed the circumstances of their breakup, Harry looked to Stein and waited for him to comment. He didn't say a thing.

The interview moved on, but fans, now you know: he walked out on her. It was a loss "beyond tears," Harry now writes, but "I have never stopped loving Chris, or working with him, or caring about him, and I never will." Shouldn't she be at least a little bitter? Sure, maybe, and hey, now it's all in the book. "I still have so much more to tell," she writes in conclusion, but "let's FACE IT, as I've learned in doing shows, it's always best to leave the audience wanting more." 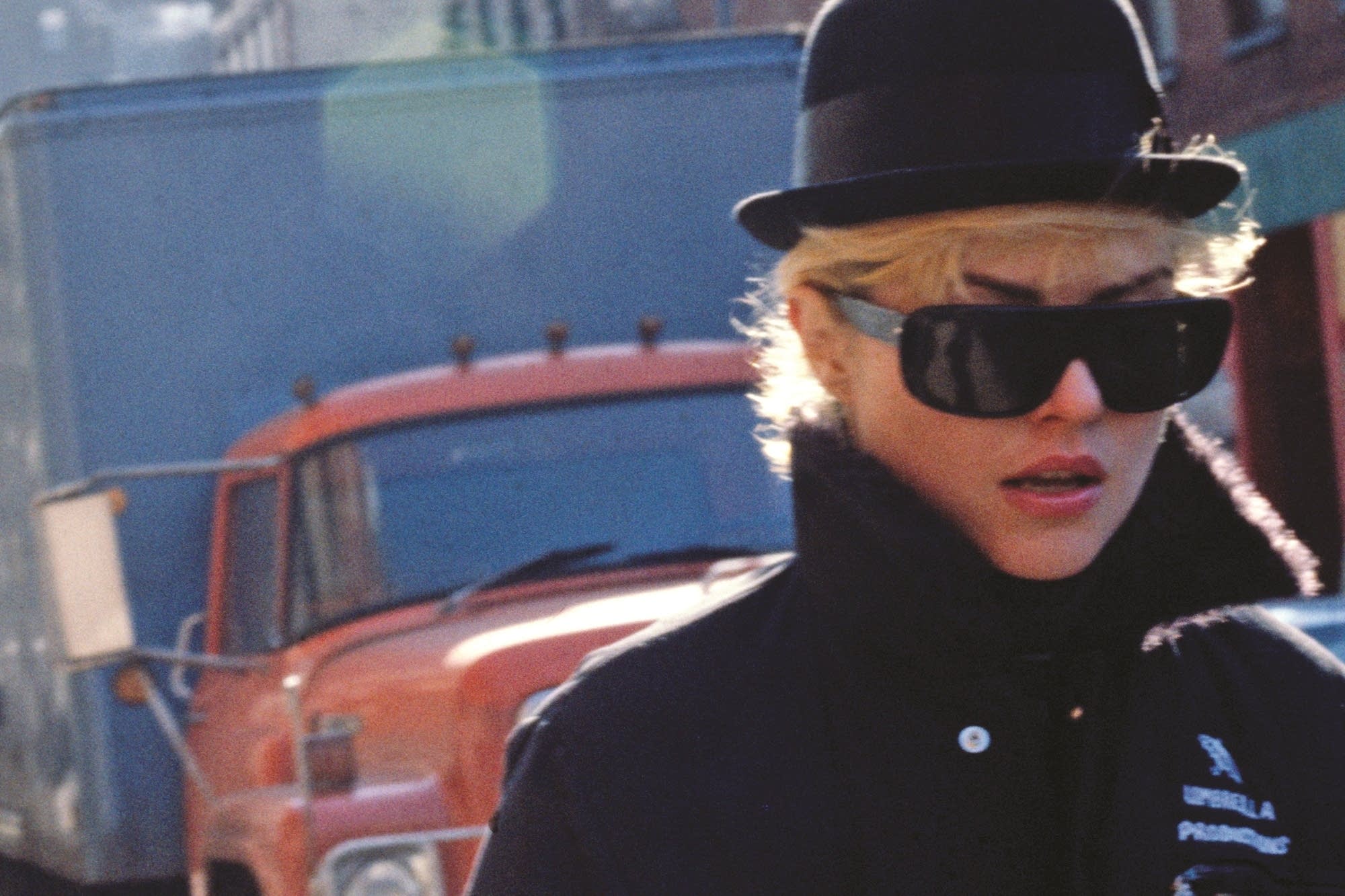 Ten (10) winners will each receive one (1) compact disc of Blondie's album Pollinator. Three (3) back up names will be drawn.

Tune in to The Current at 8:30 a.m. (Central) every Wednesday morning to hear Jay Gabler and Jill Riley talk about a new book. Also, find Jay's reviews online.

Oct. 23: Year of the Monkey by Patti Smith

Oct. 30: The Beautiful Ones by Prince