We love airing our listener-decided Top 89 countdown every year (in 2019, the countdown will air on Dec. 31 from 5 p.m.-midnight and rebroadcast on Jan. 1 from 12-7 p.m.; listen here). But 89 songs alone can't tell the story of a whole year of music. That's where our bonus categories come in!

In this post, we've got an eye on the best Twin Cities concerts of 2019. Lots of them drew huge crowds – Tame Impala, Lizzo – but we've included a few club shows, as well. You can still watch a couple of them via YouTube, thanks to the concert livestreams we've been working on this year. Here are our top concerts of 2019.

"Sharon Van Etten summoned angry synths, crashing cymbals, and even windchimes and threw them into a shuddering cacophony. More impressive: She quieted the chaos at will." 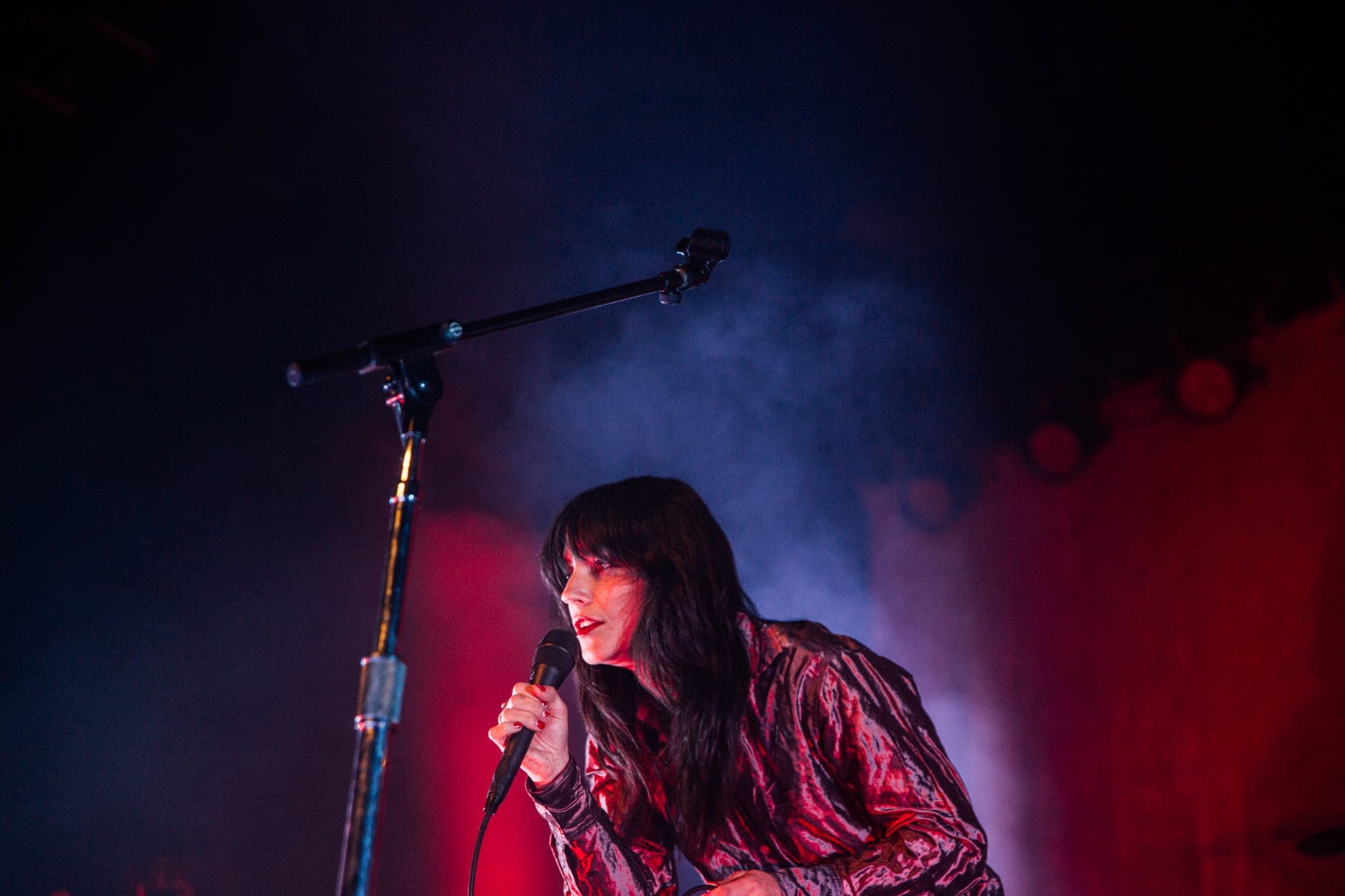 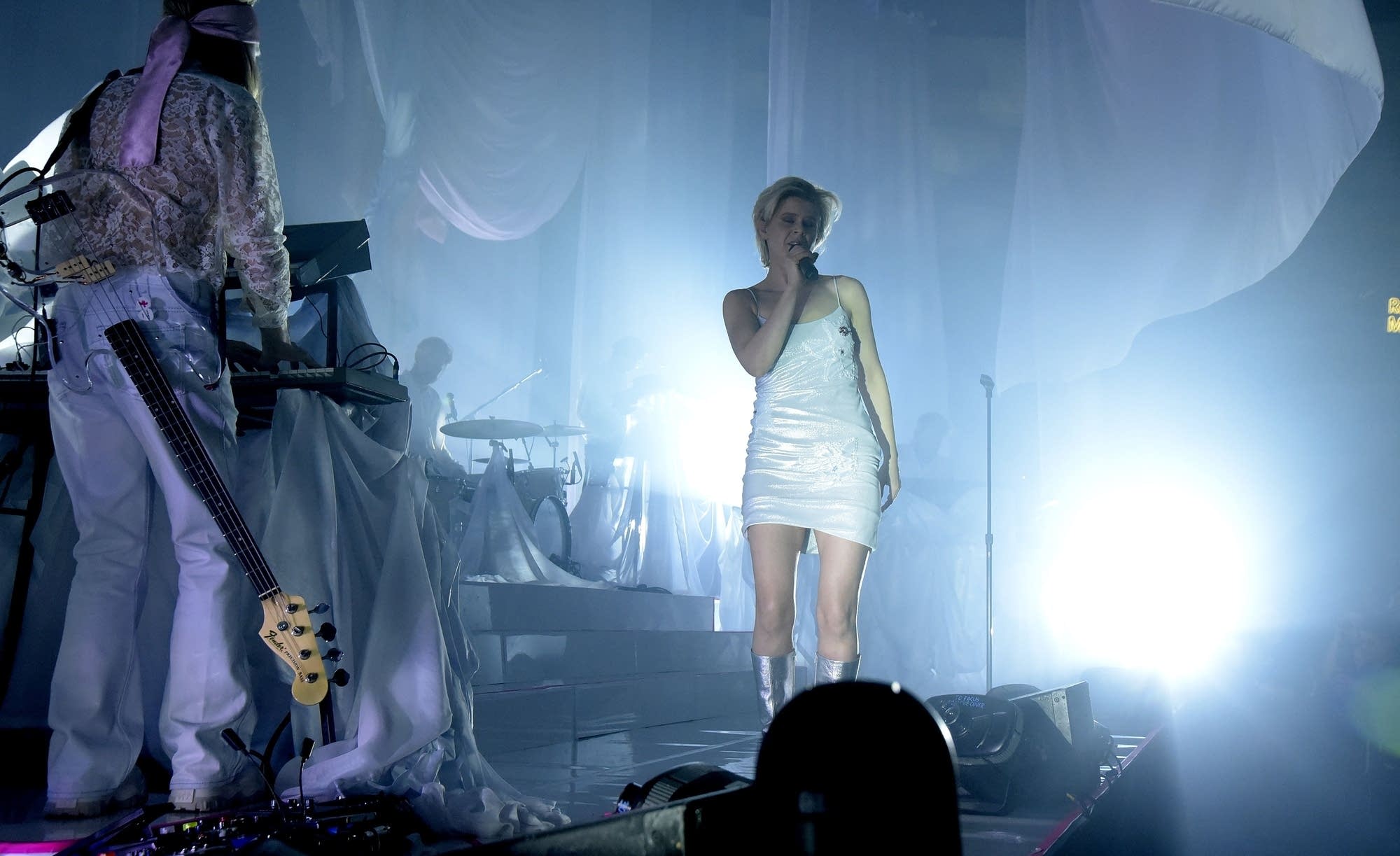 "One of Beyoncé's biggest fans had her own homecoming last night. Performing for a sold-out crowd at the Palace, Lizzo sang, twerked, and sermonized amid piercing cheers."

– Palace Theatre loses it for self-love champion Lizzo, by Cecilia Johnson with photos by Emmet Kowler 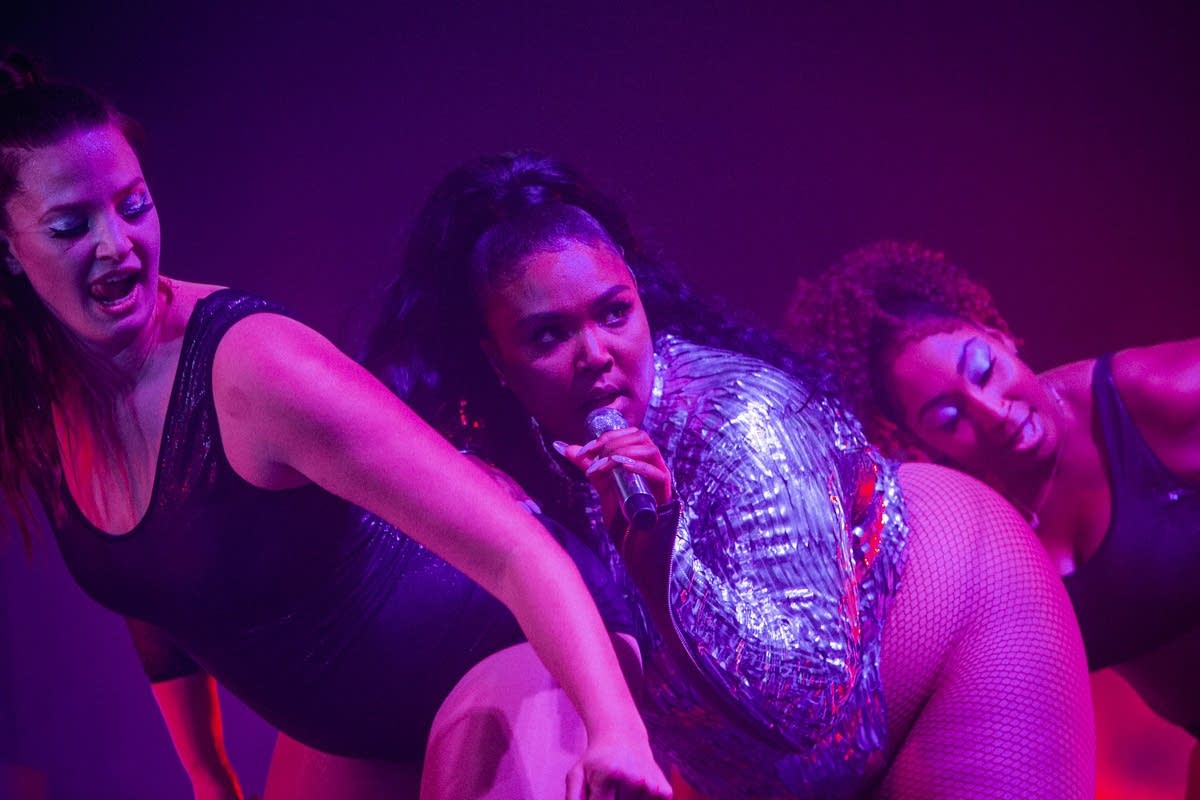 Lizzo sings while dancing with the Big Grrrls at the Palace Theatre in St. Paul, Minn. on May 5, 2019. (Emmet Kowler for MPR)

"After the blazing heat last Memorial Day weekend and tornado watches in years past, Soundset finally enjoyed a sunny, 75-degree day. About 30,000 people attended the State Fairgrounds just outside St. Paul on Sunday to see Lil Wayne, SZA, and more." 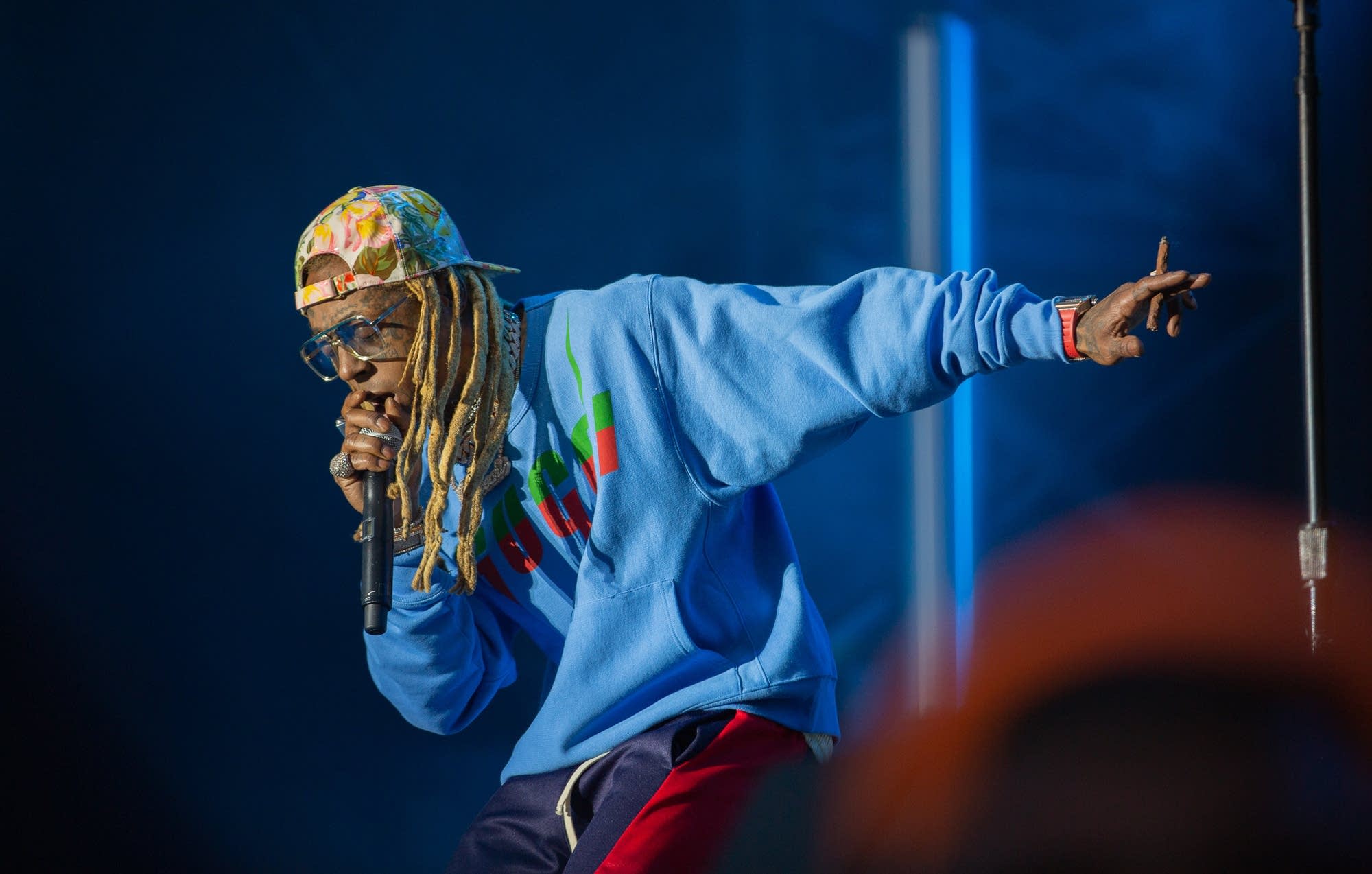 "The weather was so gorgeous last night, Tame Impala would've had to lock Kevin Parker in the tour bus to ruin the mood at Minneapolis's Surly Festival Field. Luckily, the project's frontperson/auteur was in no such bind, striding to the front of the stage and staying there while he sang hits from 2015 album Currents and 2012's Lonerism, plus new single 'Patience.'" 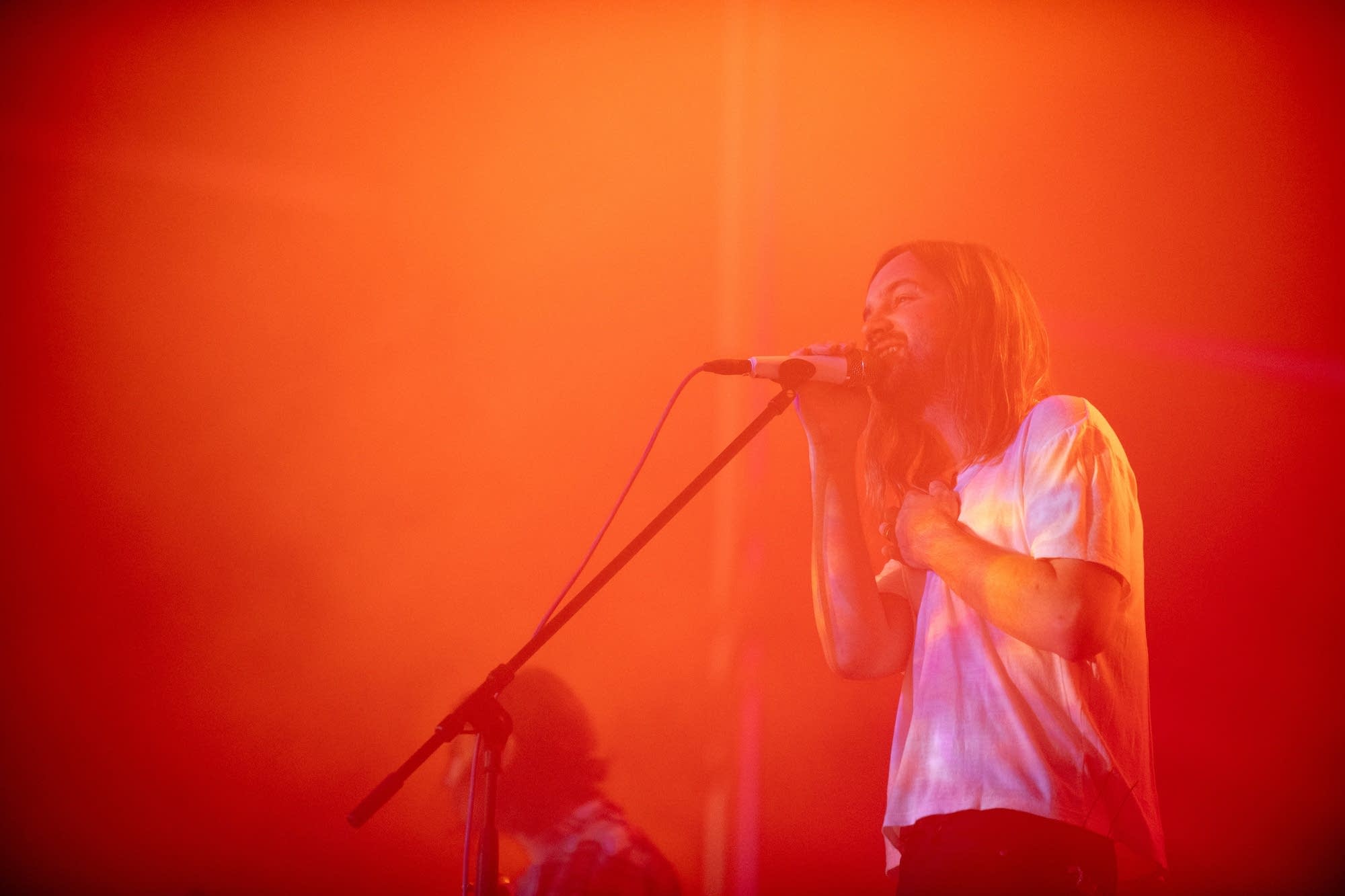 If you missed this British punk/post-punk band's show at First Avenue, we've got your back. IDLES' show was one of the many concerts The Current livestreamed from the Twin Cities this year, and it's one of our favorites of the year, thanks to the incredible energy swapped between the roaring band and the sweaty pit. When band members start crowd-surfing seven minutes into the show, you know it's going to be a night.

"Brandi is a once-in-a-generation performer. She can make the Grandstand feel like your living room. I've seen everything from soup to nuts at the Fair and by God, Brandi is the best thing I've ever seen there." 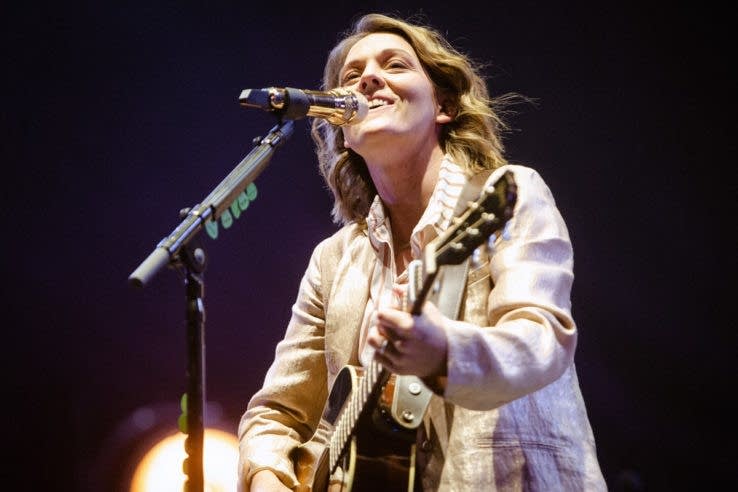 Brandi Carlile at the 2019 Minnesota State Fair, from the "Music on a Stick" show at the Grandstand. (Emmet Kowler for MPR)

"This tour — which was supposed to happen in March, before the tour was postponed due to illness — did indeed commemorate a fan-favorite album, their third, 1998's Mezzanine, which had been reissued last year on its twentieth anniversary. But Massive Attack hardly played the album front to back. On this go-round, they've pulled it apart, adding covers of songs that they'd sampled on the album, and tied it all together with elaborate staging." 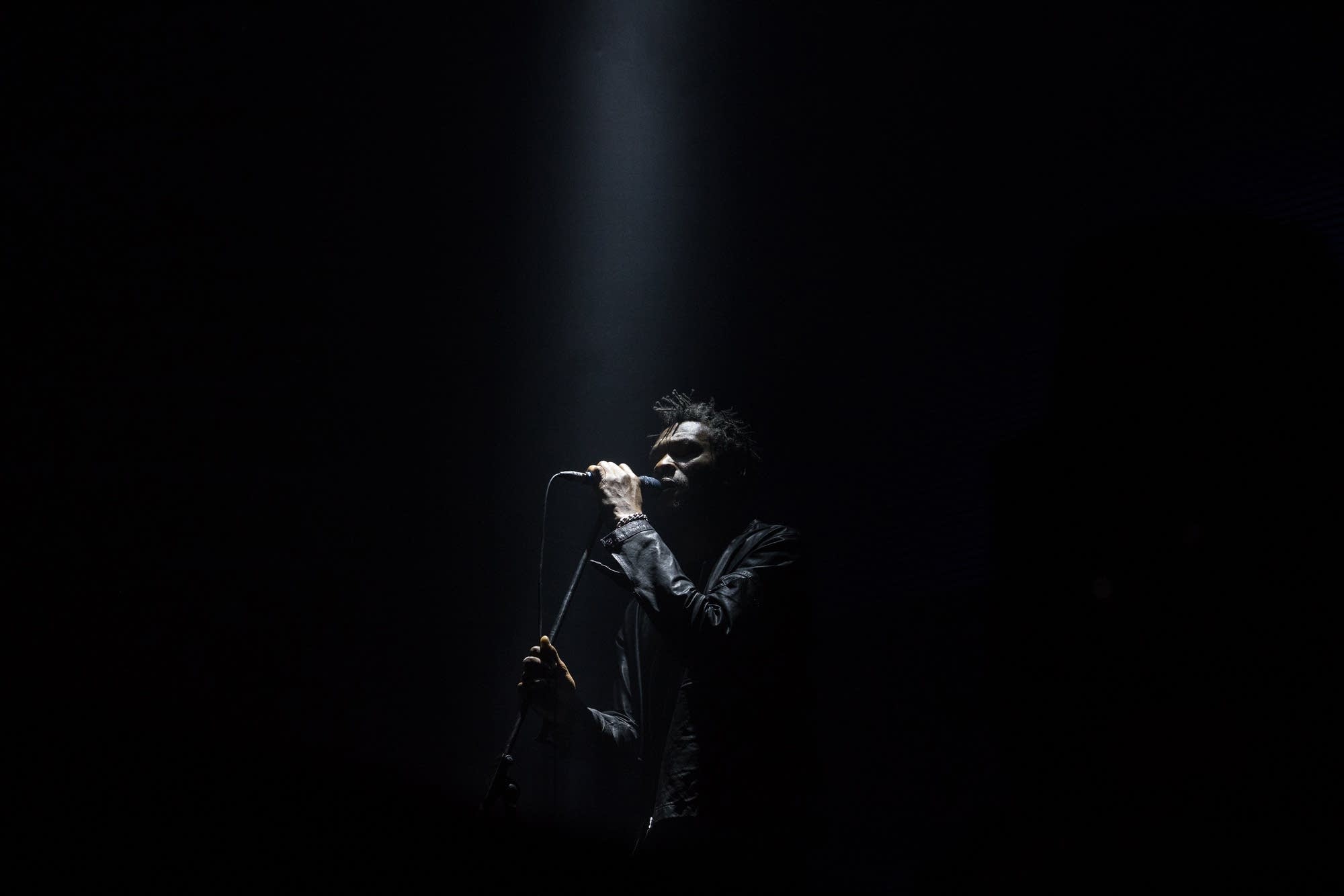 Lead singer Brittany Howard's voice has always been at the very center of Alabama Shakes' sound, but as a frontwoman she didn't always appear comfortable with being at the front of the stage. These days, she's practically a whole new performer, taunting the audience with her raw screams and bold proclamations and creating such a magnetic and captivating energy that it made it hard to look at anybody else. She has become, for lack of a better word, a rock star.

As a solo artist, Howard has still got it. She showed the Palace Theatre — and "the internet world," as she called us during The Current's concert livestream — the same unreal range and boldness.

"Bon Iver has grown to include an ever-growing list of collaborators; the Eaux Claires music festival, and artistic collective PEOPLE. But as his project grows, Justin Vernon doesn't linger in the spotlight for too long. He'd rather it bounce off him, and light up the room instead." 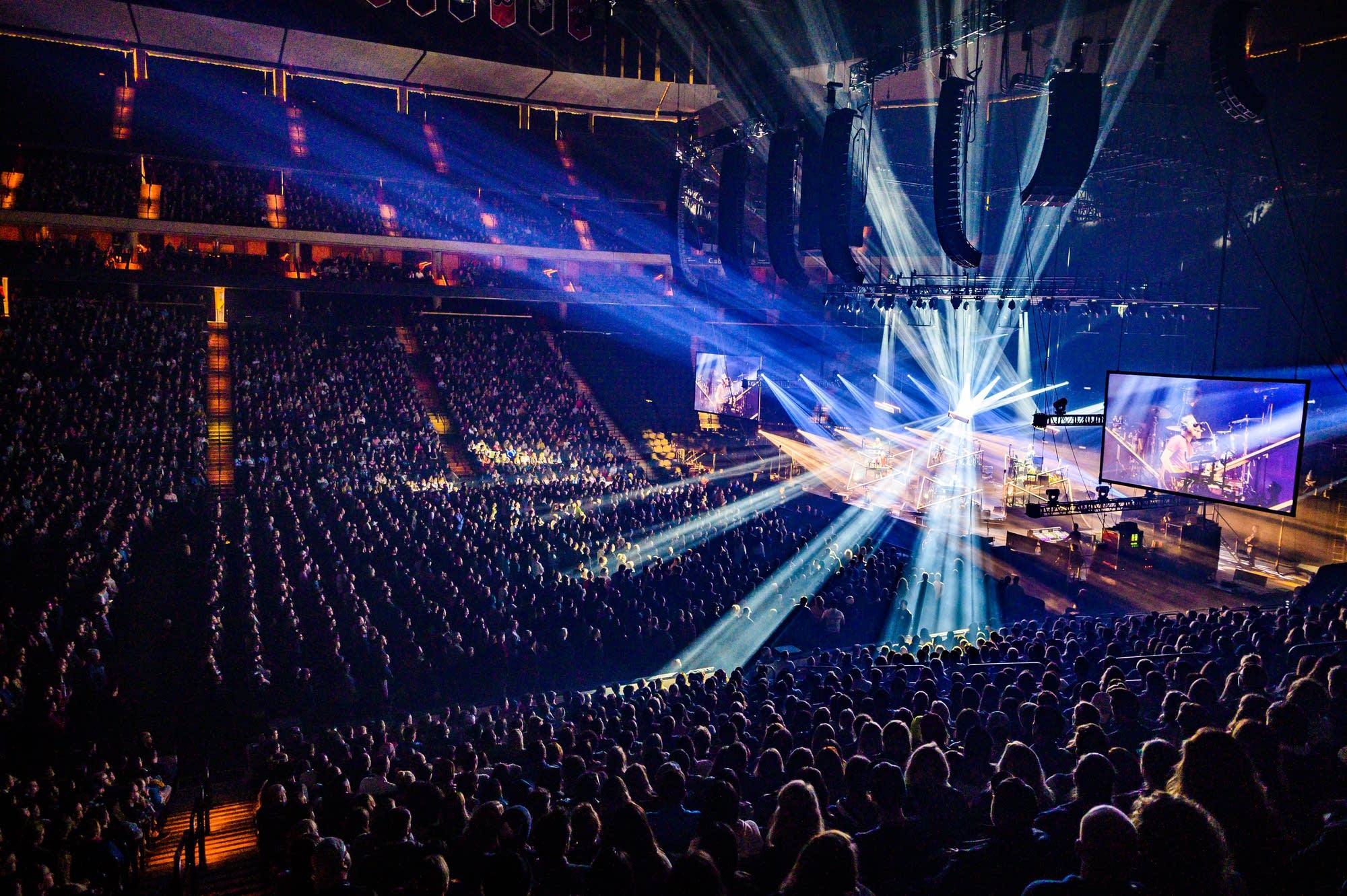