The romanticization of intense pain as necessary for great art is longstanding. It is also, according to Dr. Joseph Lee, medical director for the Hazelden Betty Ford Foundation’s youth services, not entirely accurate. It is more than possible to create art while in recovery.

Lee is a leading thinker on addiction, youth, families, and mental health. According to the National Survey on Drug Use and Health (NSDUH), 19.7 million American adults (aged 12 or older) dealt with substance use disorder in 2017. In this conversation with The Current's Jill Riley, Lee discussed substance use disorder, stigma, and Justin Townes Earle's life and advocacy for recovery.

Listen to the interview above, and read a transcript of the complete conversation below. Every Wednesday at 8:30 a.m. CDT, Morning Show host Jill Riley connects with experts and local personalities for some real talk about keeping our minds and bodies healthy — from staying safe in the music scene, to exercising during a pandemic, to voting and civic engagement. Looking for more resources and support? Visit our friends at Call to Mind, MPR's initiative to foster new conversations about mental health. 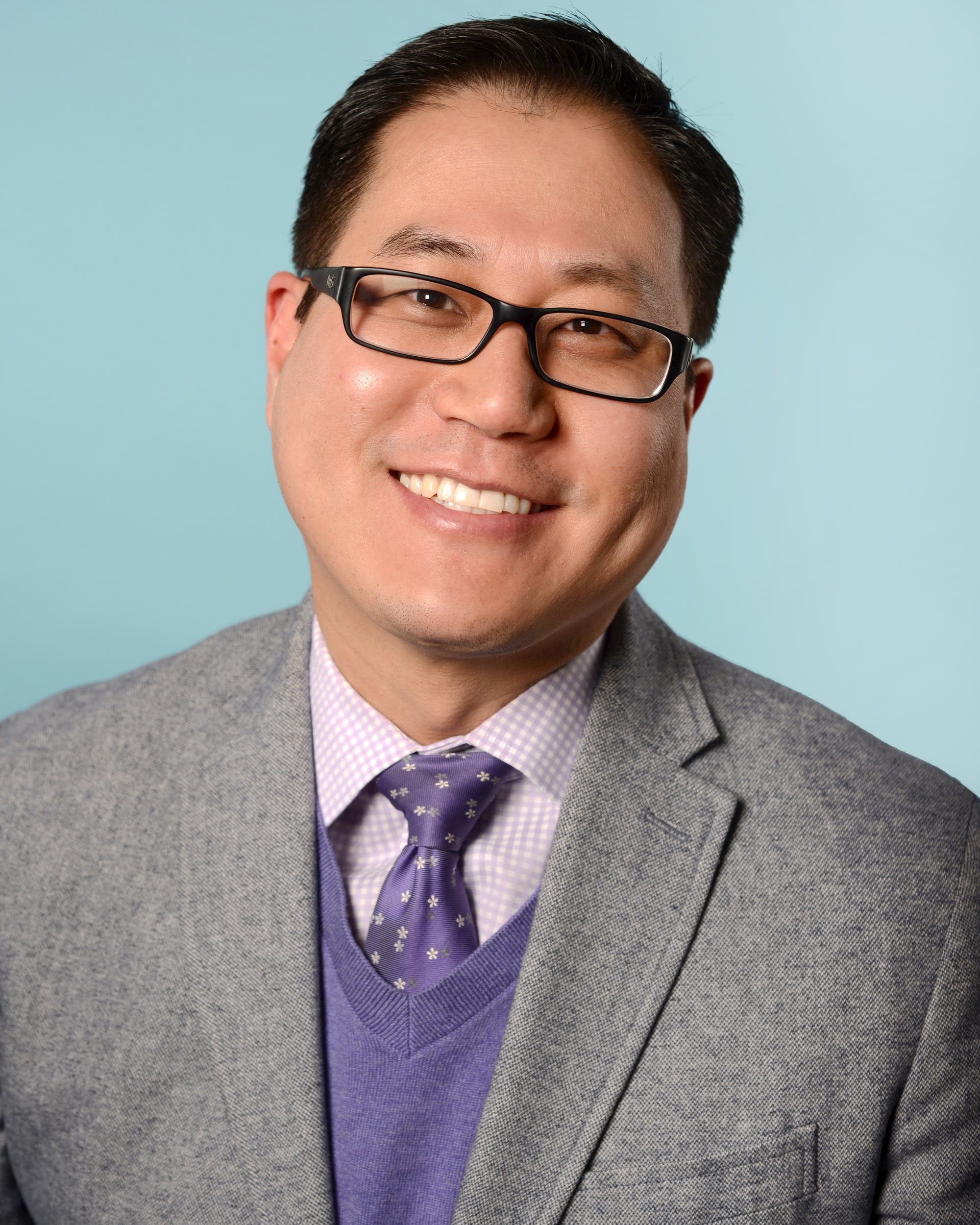 For this morning's Wellness Wednesday chat, I wanted to talk to an expert regarding substance use disorder in the music industry. And, you know, while this is nothing new, the death of singer-songwriter Justin Townes Earle at the age of 38 has really reignited this conversation, at least for me and my colleagues. And this morning I'm joined by Dr. Joseph Lee, medical director for Hazelden Betty Ford's youth services, and Dr. Lee is a thought leader on matters related to addiction, families, and mental health, and he's also an expert on emerging drug trends, co-occurring mental health conditions and the ever-changing cult of addiction. Dr. Lee, thanks for joining me this morning.

Thank you, it's good to be on. Somber news, but I really appreciate your reaching out to us.

Yeah, and thank you for doing this. Like I mentioned, Justin Townes Earle, you know, he has a story that, when you look at the history of the music industry, unfortunately his story is not unique, you know, when it comes to the lifestyle of a musician or a creative. You know, his death at 38 from a presumed drug overdose was really hard news to take. And he talked openly about how he was in and out of treatment as a teen. You know, his father singer-songwriter Steve Earle has had his own battle with substance use disorder. And, Dr. Lee, for those on the outside looking in, the question certainly comes up: how did this happen? You know, why is this such a trend in the music and entertainment industry?

Well, I think first, condolences to the family. I didn't know Justin or his family personally and want to be respectful of their space, but I'd like to remember Justin and his father really as advocates for recovery because they have both openly shared about their struggles up and down with substances. I think when famous people, especially people who are very creative, there's such a romanticism about the arts. It captures the highs and lows of life in such a beautiful way, and in that way it parallels addiction and other self-destructive cycles. And so, when people who are musicians or artists pass away, possibly due to substances, it captures the imagination of the public, and I think it grips our hearts. And statistically they're not really an exception to the rule. I would like to believe that historically most artists throughout the dawn of time did not necessarily have a substance use problem, but we certainly remember the ones who did struggle. And I do think there is certainly a convergence about the creativity and the highs and lows of life, and how that does marry to the artistic expression.

Justin Townes Earle once said, the quote was, "I believed I had to destroy myself to make great art." And that's pretty heavy.

It's really heavy. I see that a lot. I see many young talented people coming through our organization doing all levels of care, and they're so incredibly talented. Sometimes just walking down the hall, in the music room, the music they play, the art they make, the poems they write. I think there's something about, kind of, suffering and internal process, experiencing those highs and lows, that some people believe add to a kind of creativity. And so, we do see a correlation of some artists who really get into a cycle and believe that the suffering and the music are in some way connected.

Yeah, so really remembering the person, really separating them from their disease.

That's right. And it's a nuanced discussion because, to be candid, one thing that's different [between a disease like] diabetes and addiction as a disease is, of course we should see them as an individual and not the disease, but the disease of addiction does start to change a person. It changes their personality, judgments, sometimes there's morally laden decisions that are in there. So I think it adds to stigma and makes it hard for people to separate the two, like many mental health conditions, but it is just that, and I want to be able to celebrate Justin's life, his advocacy for recovery, how beautifully he spoke about his life experiences, and how that touched so many people as opposed to seeing him as another notch in a tragic record of addiction in America.

Dr. Lee, we can't speak to the entire story of Justin Townes Earle, but as we talk a little more about recovery, not just in the creative field but really for anyone, I am hearing more about co-occurring mental health conditions. And I wonder if you could talk about that a little bit and maybe as related to the work that you do.

Yeah, they come together more than not, in much the same way that high cholesterol and hypertension comes along. And, I think some people stigmatize it and try to do a chicken or the egg, which came before? "I don't really have a substance use disorder, it's an underlying problem I'm trying to treat." And that really speaks to shame and stigma. I would say, though, that they come together. Some of the psychological traits, some of the way these people's brains are wired, their genetic history, the families that they grow up in, the life stories, the trauma they've experienced. It's hard to separate 'em all, but I will say that time and again, more common than not, it's actually the exception that you would see someone with a substance use disorder without mental health issues. Most of the time, you see them coming together. You see people who've overcome tremendous adversity, very difficult times in their life. It's a culmination of things, and so it's not so chicken or the egg, but you have to make sure that you treat both at the same time.

Dr. Lee, what are the barriers to people asking for help?

Well, there are several. I think with COVID you see it. I think in society, we've taken for granted perhaps the power of the healing that comes with connecting with people. Checking notes with people, being able to socialize. And I hope as a society we never take that for granted again, and that's really the key to recovery. But there are other barriers, you know. Practical barriers, health insurance, access to treatment. Because it's stigmatized, even within the healthcare domain, you don't have a lot of resources going to addiction services. And so people who want to get help can't get help. And then internally there's personal stigma and shame. People see the bravado, maybe the music of or the wild side of addiction, but internally in therapy sessions what people share are deep held insecurities, doubts, self-loathing sometimes. And this makes it hard for them to ask for help. And so, by reducing stigma, talking about it openly, showing that not only are there resources for scientific treatment, but that there's a loving community out there, that they can be accepted. That might make it easier for some people to break down their personal stigma as well and reach out for help. So there's many barriers but I think many solutions too.

You represent Hazelden this morning, but for anyone who thinks that they may have a substance use disorder, or somebody's listening right now and saying, "this is my son, this is my daughter, this is my child," or "my sibling is struggling right now and I want to help," you know, what can people do to just start that first step?

I would say just be bold enough to put the cards on the table and have a conversation. It's in the end your life, and it's going to be your choice as to whether you want to continue using substances or not. No one can take that away from you. But if you see that there are millions of other people in recovery, and there's so much hope for recovery, no matter what kind of treatment you seek as long as there's a scientific basis and some research behind it, just have a conversation. It may be a conversation with your primary care doctor, a friend, some people choose to go to meetings, they may confide in a therapist. There are so many venues to just connect and set the truth before you. And we believe at Hazelden Betty Ford that people internally have the capacity for that change. And all they need to do is look honestly in the mirror, have the support of love and people who care about them, and they find their way. And we trust that internal compass.

If you or someone you know is dealing with substance use disorder, the Substance Abuse and Mental Health Services Administration (SAMHSA)'s National Helpline is 1-800-662-HELP (4357)