As our staff's picks for best songs and albums of 2020 make vividly clear, music never exists outside of its social and historical context. That's part of the fascination of books about music: they connect the dots among songs, lives, and times.

Our own tumultuous times lent a new urgency to this year's many new books about music: books that publishers and booksellers scrambled to get into readers' hands despite pandemic challenges to manufacturing and shipping. I read a lot of this year's Rock and Roll Book Club picks on my iPad, which was totally fine...but it did make it an extra treat when hard copies did land in my mailbox.

I've been working remotely since March, but thanks to the wonders of technology and the dedication of colleagues like superproducer Anna Weggel, I've continued my live weekly book chats with Jill Riley. A commitment to revisiting some past classics has meant we didn't get to quite as many new titles as usual (we'll catch up on some 2020 releases in the first weeks of 2021), but I still had a tough task to narrow the new books I did read down to the top ten.

Here they are! Click on each title to read my full review.

10. And In the End: The Last Days of the Beatles, Ken McNab 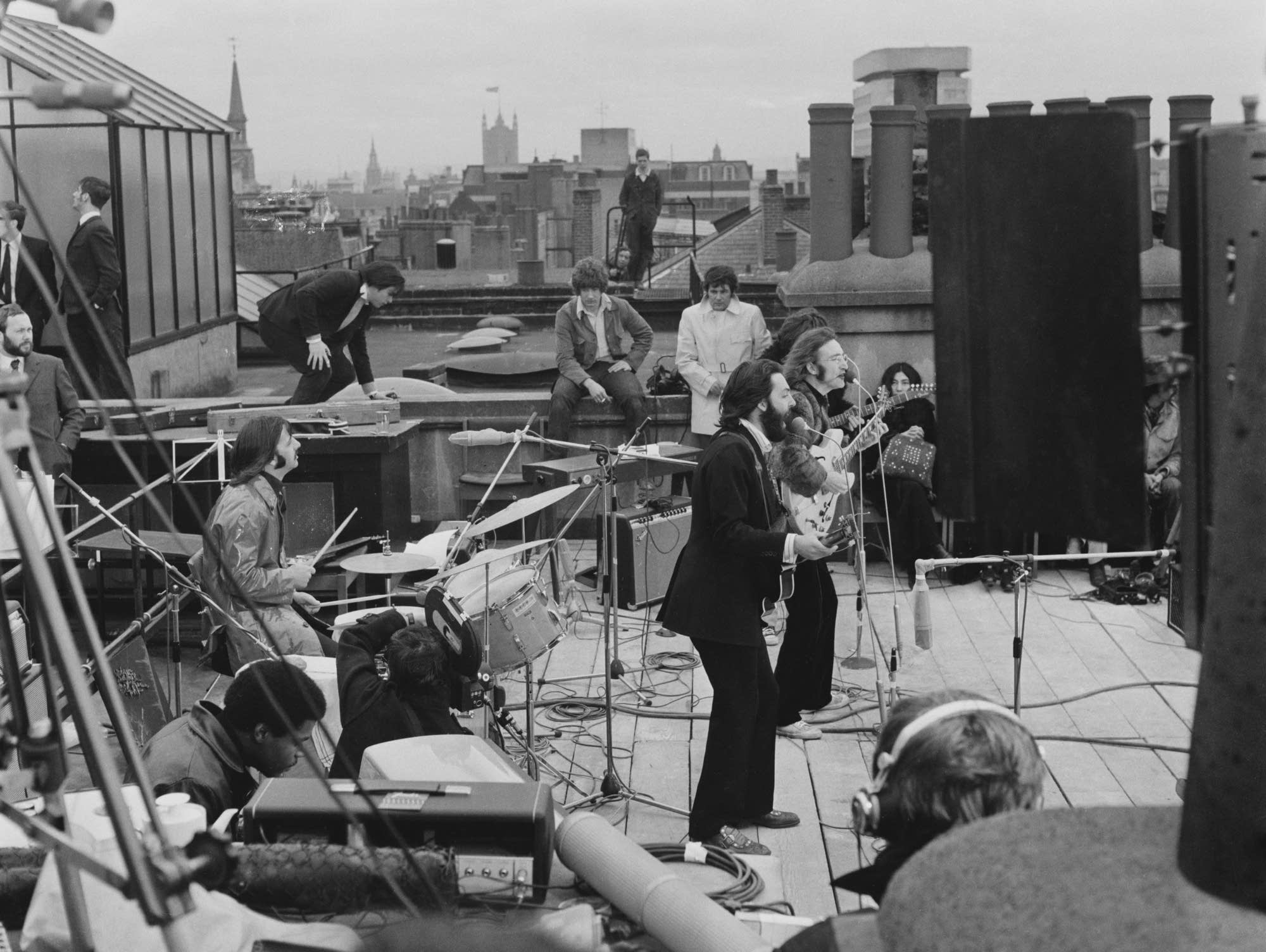 The Beatles performing on the roof of the Apple Organization building on Jan. 30, 1969. (Evening Standard/Hulton Archive/Getty Images)

The most-discussed, and yet still most confounding, period of the Beatles' career is 1969: the year the band recorded two albums, celebrated two marriages, launched two solo careers, dissolved one company, and broke up. It was as if the defining band of the 1960s realized they had to hurry up and finish their epic career before the calendar turned to the Me Decade, and it's one of the great miracles of music history that so much of what the Fab Four did in that year was at the highest level of inspiration. Ken McNab carefully walks readers through that year, revealing just how the Beatles did it all — and just how much, despite it all, they still loved and respected one another. It didn't have to end this way...but it did, of course, have to end.

9. Me & Patsy Kickin' Up Dust: My Friendship With Patsy Cline, Loretta Lynn 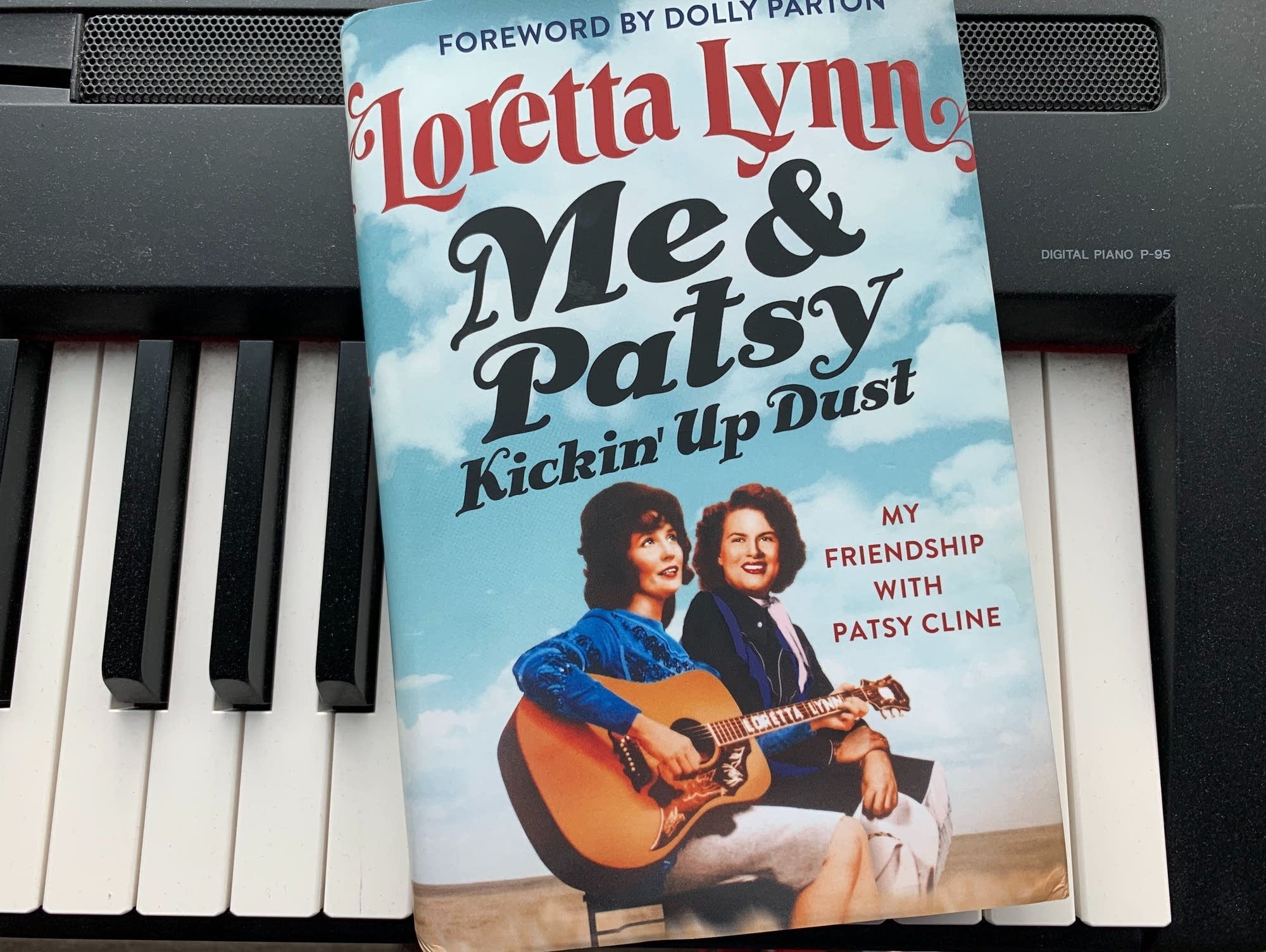 Most musicians aren't natural authors, but a lot of them are born storytellers, and one good way to make a music memoir is to simulate the sense of sitting down for a nice long rap session. That's the approach Loretta Lynn's daughter (who's also the namesake of this book) took with Me & Patsy Kickin' Up Dust. The author, pushing 90, recognized that she doesn't have too many more books left in her and movingly chose to dedicate this one to her touching friendship with a fellow leading lady of country music. This short gem of a memoir unforgettably humanizes two women who've been widely, and understandably, mythologized.

8. God Save the Queens: The Essential History of Women in Hip-Hop, Kathy Iandoli 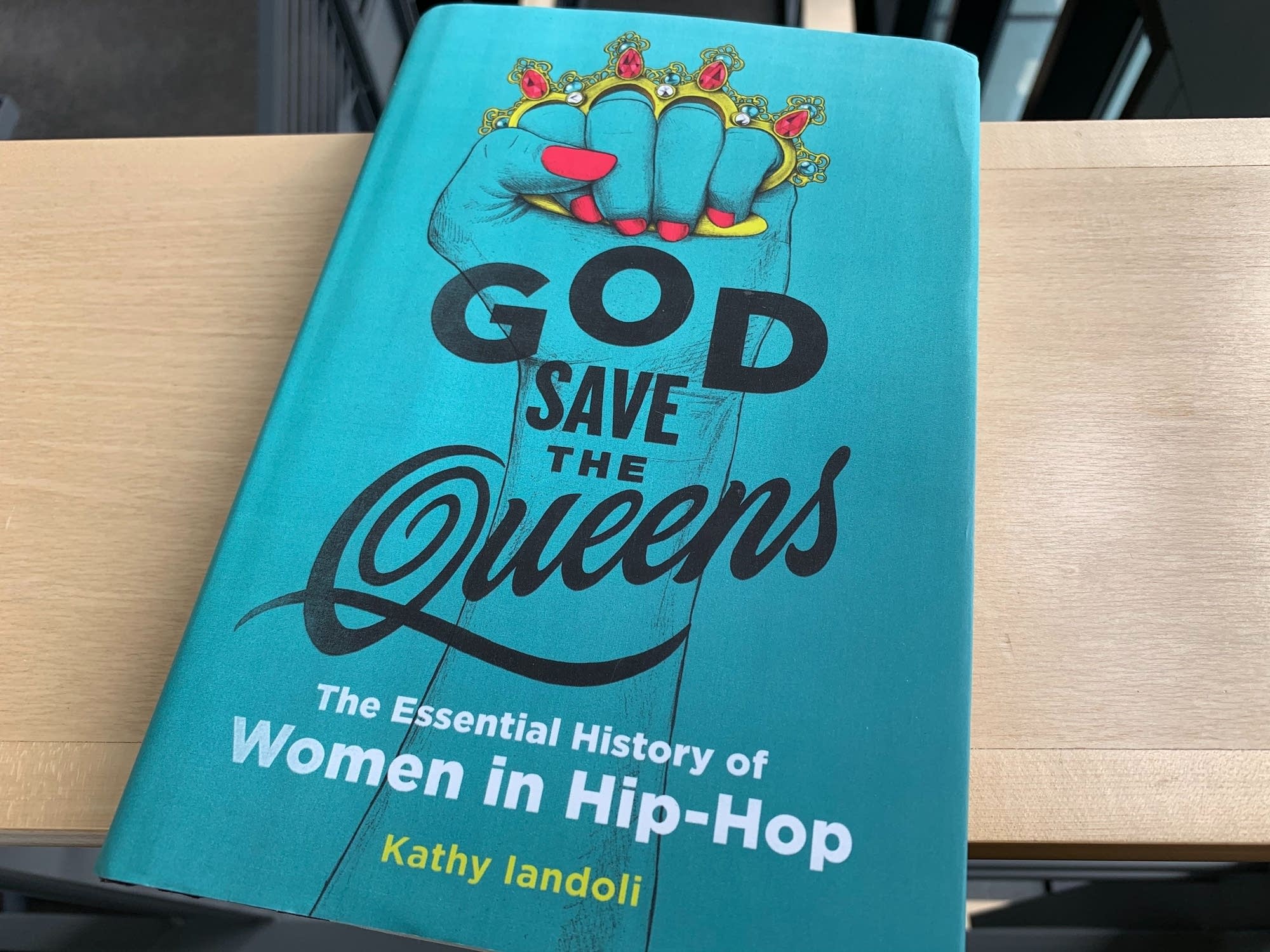 "Who will ever respect you?" That question, asked of author Kathy Iandoli by a male boss when she worked in radio, animates this animated amble through hip-hop history as made by ladies. This isn't a coolly intellectual book, it's a fiery argument on behalf of generations of music pioneers who've met with stereotypes and glass ceilings at every turn. The artists have paid a high cost, and God Save the Queens constitutes a meaningful downpayment towards props past due.

7. All I Ever Wanted: A Rock 'n' Roll Memoir by Kathy Valentine 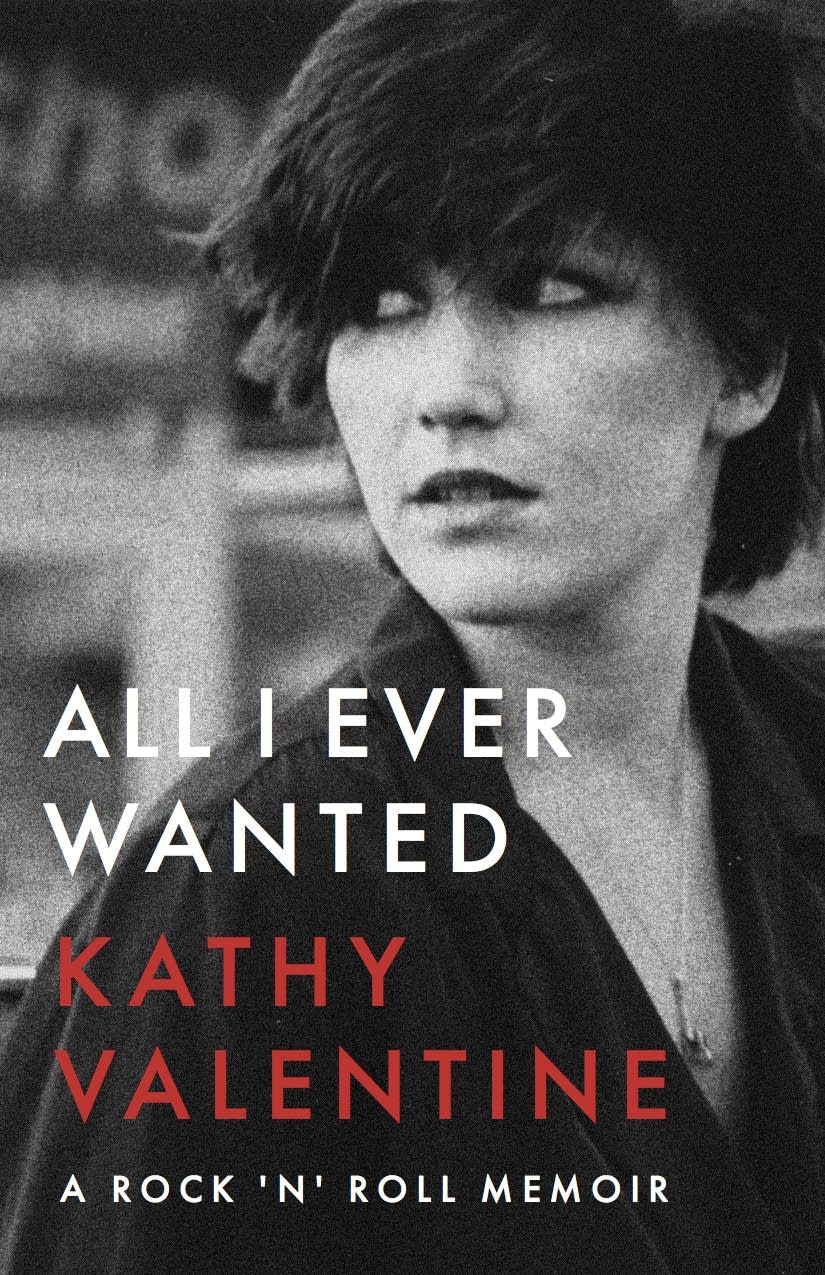 Kathy Valentine's 'All I Ever Wanted: A Rock 'n' Roll Memoir.' (University of Texas Press)

The magnitude of the Go-Go's achievement is becoming more and more clear with each passing season; stunningly, their debut album, which turns 40 on July 8, is still the only Billboard 200 chart-topper to be entirely written and performed by a band of all women. Bassist Kathy Valentine tells their story in a jaw-dropping memoir that doesn't paper over any of the rough spots. The band's record-setting run was messy, it was raucous, it was righteous. In short, it was pure rock and roll.

6. The Butterfly Effect: How Kendrick Lamar Ignited the Soul of Black America by Marcus J. Moore 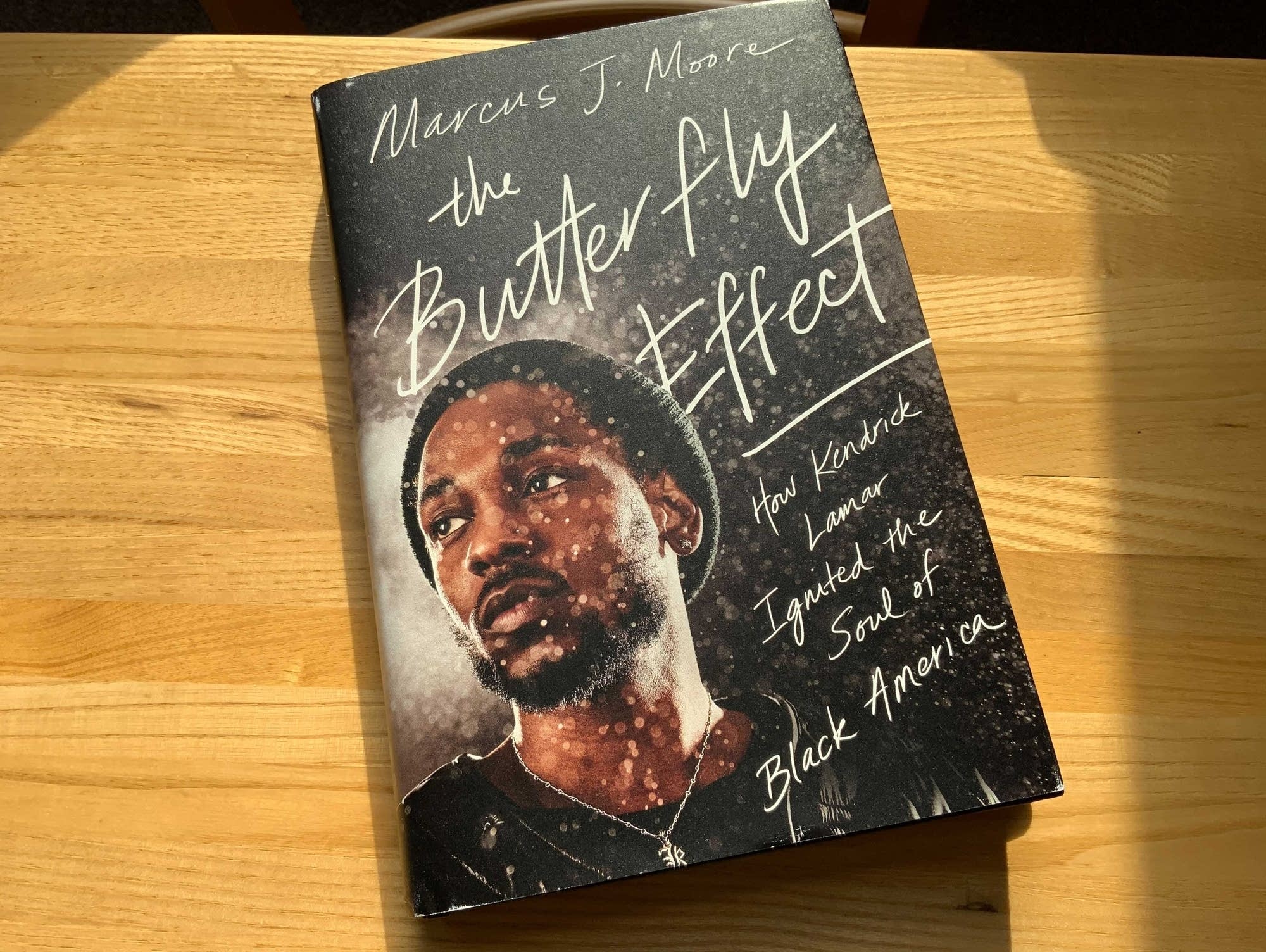 Like many great artists, Kendrick Lamar has a restless genius that reveals different facets when regarded from different angles. In this biography that's all the more important for coming at a career peak for the rapper, Marcus J. Moore helpfully situates Lamar as an artist who earned the credibility to innovate by demonstrating his deep knowledge and profound respect for the genre he's working in. The Butterfly Effect tracks the rapper's rise from the streets of Compton to the status of a generational icon, with special attention to his three towering masterpiece LPs Good Kid, m.A.A.d. City; To Pimp a Butterfly; and DAMN. Essential reading for anyone who wants to better appreciate the meteoric career of one of the most powerful musicians working today. 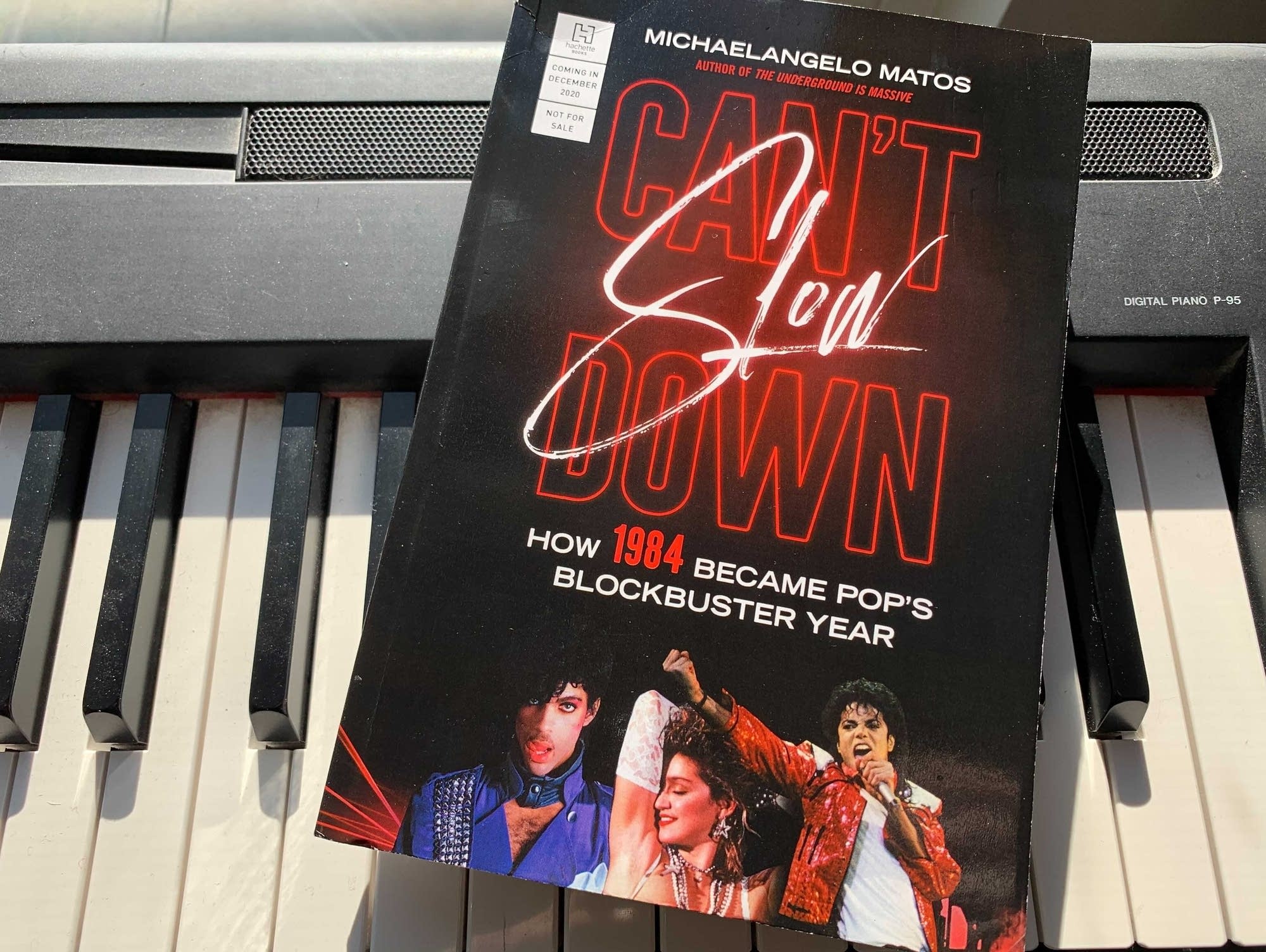 Michelangelo Matos can tell you why 1984 is a particularly juicy (and important) year to dig into, but the beauty of the book is that his panoramic approach could be fruitfully applied to any year in music history. Every year has its marquee stars (in this case, Prince, Madonna, and Michael), but it also has its aging lions (former Beatles, former Eagles, and Willie Nelson), its rising heartthrobs (Lauper, Duran Duran, and Menudo), and its indispensable journeymen (Lionel Richie, earning his title slot by braving a "We Are the World" songwriting session with a cameo by the King of Pop's boa constrictor). The peak of the '80s was a wonderfully weird era, and Matos embraces the whole tapestry in all its hairy (as in hair metal) glory. 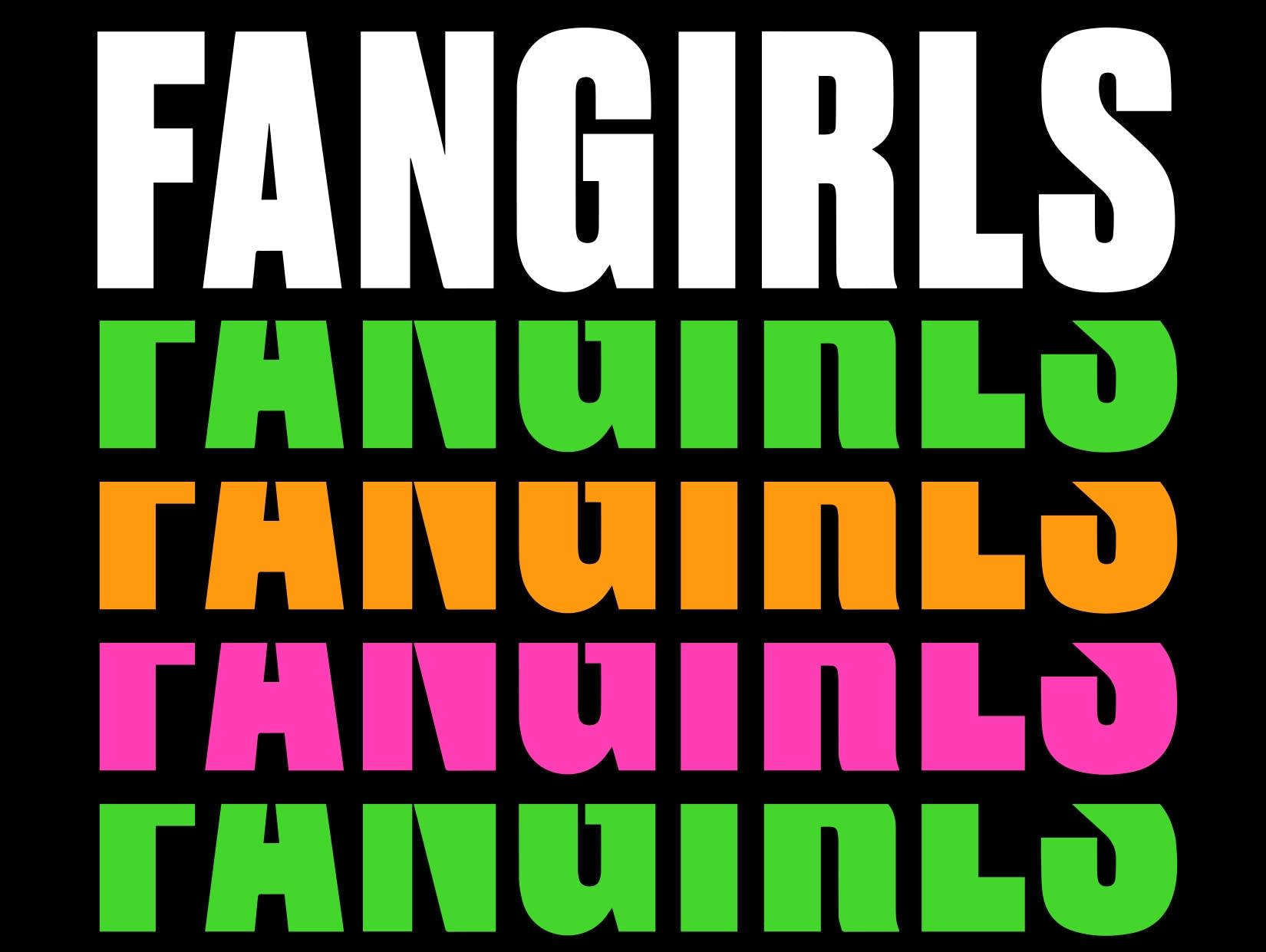 It's always been rude (and often sexist) to misunderstand the dynamics of fandom; now, the fate of our democracy may be riding on our ability to negotiate a world where people bond and express themselves through shared membership in what might from the outside look like a cult of personality. The important message of the Hannah Ewens's celebration of Fangirls is that anyone dismissing the members of a screaming mass as drones is likely failing to appreciate what's going on beneath the surface. This multi-generational dive into the experiences, and impact, of fangirls will leave you wanting to join a fandom yourself — or, possibly, to add a new one to your portfolio.

3. Glitter Up the Dark: How Pop Music Broke the Binary by Sasha Geffen

Glitter Up the Dark, the first book by music writer Sasha Geffen, asks a fascinating question, one the author turns over and over for 264 fascinating pages. What is it about popular music that makes it such a uniquely freeing space for artists to explore the gender spectrum? Geffen takes a fascinating walk through music history from the queer pioneers of rock and blues; to the Beatles and their matching mop tops; to 21st century artists like Perfume Genius and Fever Ray. Generations of fans have taken inspiration and confirmation from pop music, writes Geffen, and the cumulative effect is a big part of why "something has changed in America. Among more and more people, gender is understood not as an inevitable, unchanging characteristic acquired at birth, but as a language, a technology, a system of communication with a full range of expression."

2. Odetta: A Life in Music and Protest by Ian Zack 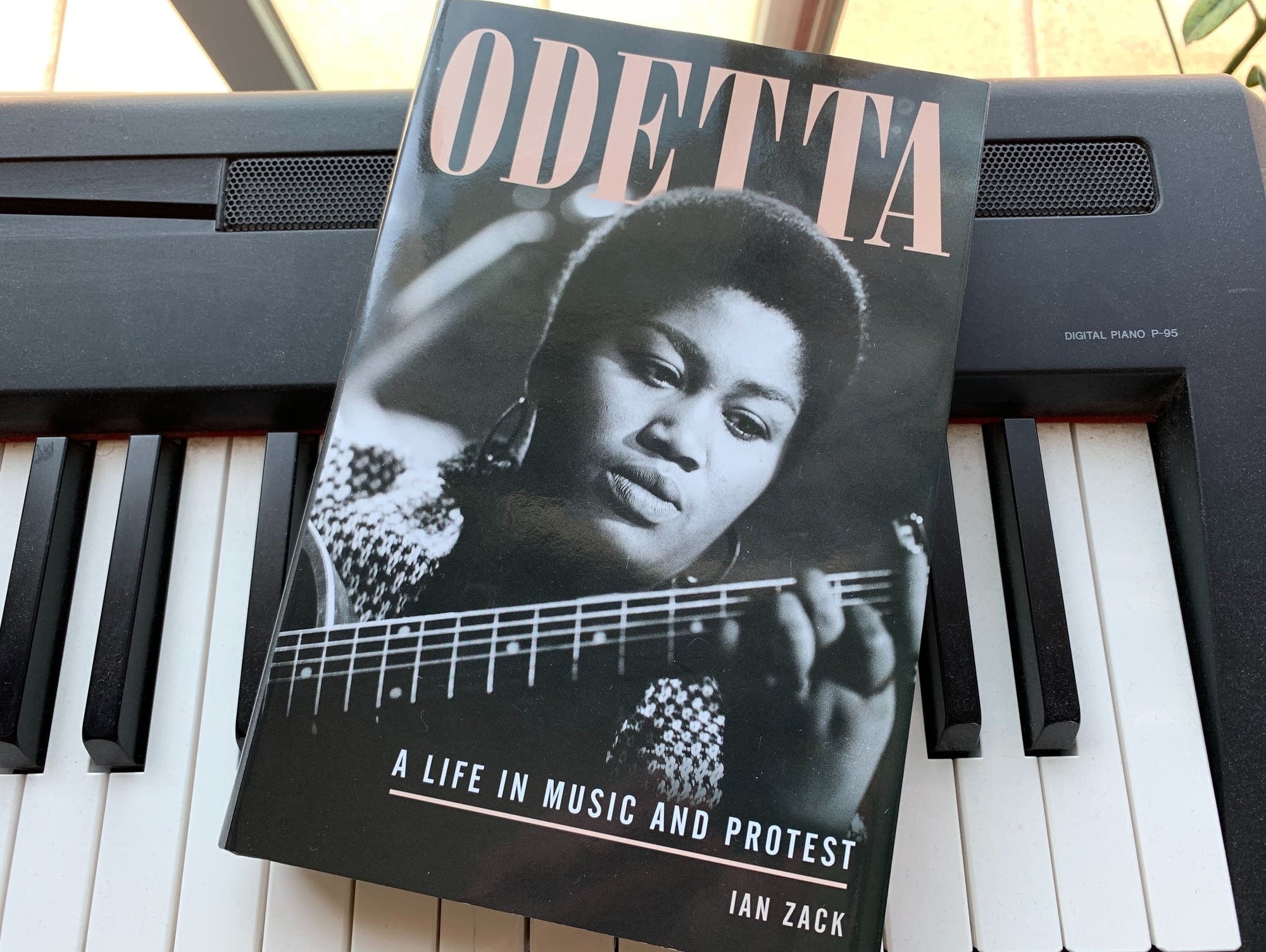 'Odetta: A Life in Music and Protest.' (Jay Gabler/MPR)

Folk fans knew we needed a good Odetta biography, but many of us didn't realize just how much we needed it until it arrived, in very timely fashion, this year. Ian Zack not only documents one of the great lives in American music, he illuminates the many ways the artist's signal legacy was eclipsed by the landslide of attention paid to Odetta's white peers: Bob, Joan, Peter, Paul, Mary, and so on. Books on racism and anti-racism have been in gratifyingly high demand this year; those who want to learn more about how American music has been systematically whitewashed should crack this great book. 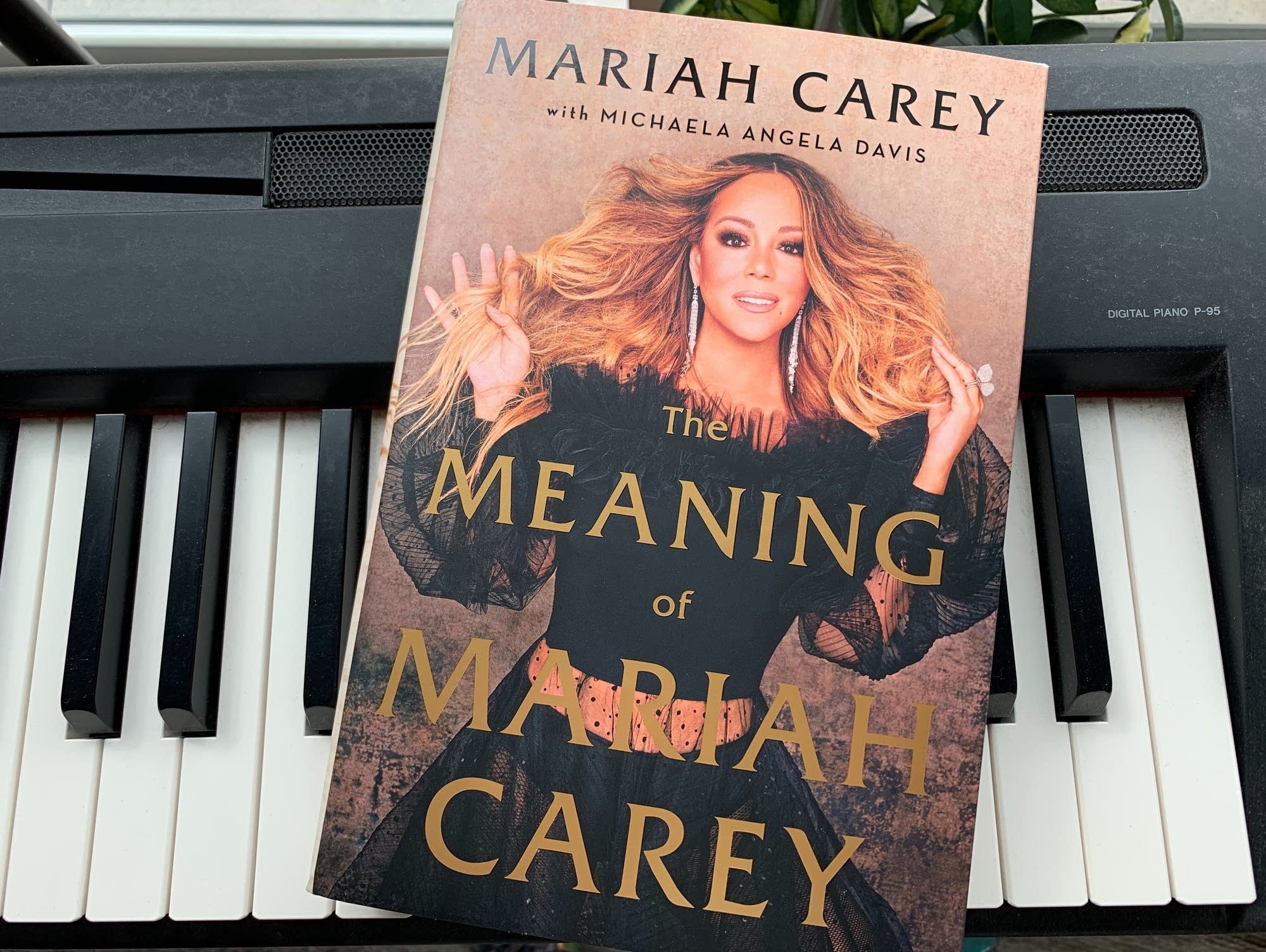 Mariah has always been there for us when we need her: from the pristine hits of the early '90s to the R&B jams of the 2000s to this year's joyful Christmas special. Her much-anticipated memoir gave fans something to squeal about in a year that really needed a lift, and the contents didn't disappoint. Deploying her unmistakable voice ("I don't ever leave the house without my own wardrobe possibilities"), Carey tells her own story her way, reclaiming a narrative that was taken from her when Tommy Mottola swept her into the music machine. If you've ever enjoyed Mariah's music, you owe it to her — and to yourself — to learn what she went through to make it. In the immortal words of the Elusive Chanteuse, "Namaste, suckahs."

January 28: Me and Sister Bobbie: True Tales of the Family Band by Willie and Bobbie Nelson (buy now)