Tash Sultana plays tracks from their sophomore record, Terra Firma, out now on Lonely Lands Records. Sultana talks to The Current's Maddie about moving into their studio to work on the record, how their recording process changed in quarantine, and tales from their busking days.

MADDIE: Hi, I'm Maddie sitting down today with Tash Sultana for another one of The Current's virtual sessions, we are going to get right into the music. This is Tash Sultana performing their song "I Am Free".

So your new album is going to come out in a few days. How are you feeling?

TASH SULTANA: I'm really stressed. All I've done every single day is get up and do heaps of interviews for everyone, which is just like bringing home that feeling that I've had this little project hidden away, finished for so many months and now it's going to become the world's and it's not mine anymore. All of these songs and stories have only belonged to me and now I'm about to give that to everybody else, so I'm feeling a little stressed.

How do you feel like your the way you're feeling now is similar or different from when you released your 2018 debut album?

SULTANA: Totally different. The problem that I had with doing Flow State was I didn't have enough time ever to finish it, or begin it, or anything. So in that process of writing and recording the record, it was incredibly rushed. It's exactly how I never ever wanted to do an album again because I was on tour the entire time then I would come home then I will go in the studio and then I would spend some time in there and I would leave and go on another flight to go play in another country, another city, another state, wherever. Come home, try and record, leave again. Come back and you just can't work. I can't work like that. The best thing that ever happened to me was everything being canceled. All I did was just bring my focus to the record. That was my lifeline. That was all I had. I was obsessed with it to the point where people will literally asking me, "Bro, where are you? What are you doing now? No one's heard from you," my parents were checking in with me like, "Are you okay? Do you need us to bring you some food or what the hell is going on?"

SULTANA: I literally moved into my studio for a period of time because you weren't allowed to travel around during COVID. So I thought, well, if I can't travel, I'm just going to move into my studio and just finish it off. So I literally just slept in there until it was done.

Wow. What do you feel like the biggest impact on the final product was from having all that extra time and getting to kind of make that album your life for so many months?

SULTANA: I like to see how far I can raise the bar with things. My aim for this record was to really focus on being a better musician, write better songs, sing better, play better, write better lyrics, arrange better, compose better, play the drums better just do everything better than I've ever done it in the past. 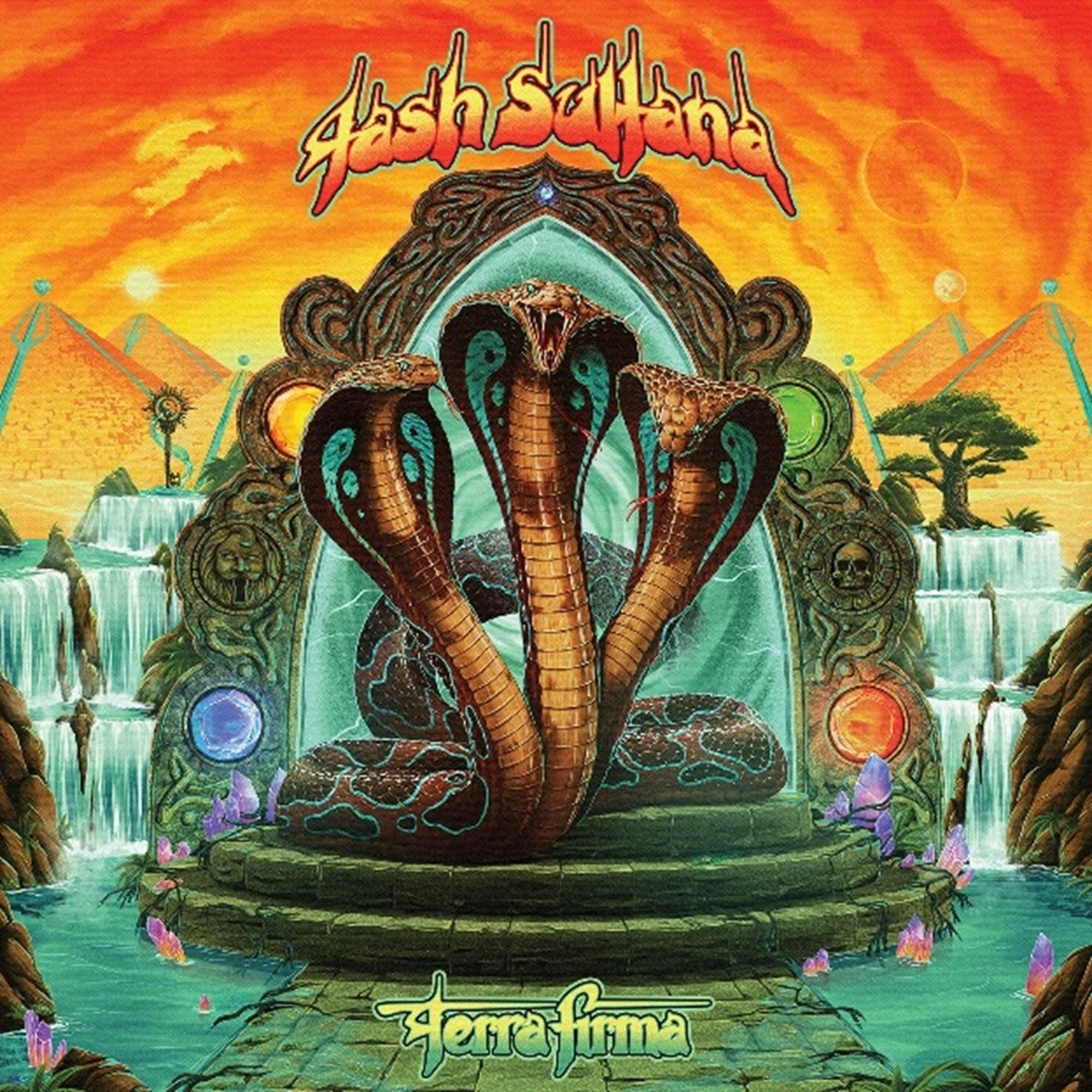 Absolutely. This album is called Terra Firma which is Latin for firm earth, how do you feel like that relates to where you're at in your life, career, all of that right now?

SULTANA: I was living a really fast paced lifestyle from 2014 up until 2020. I was on tour, I was never home for more than three to four weeks at a time. Sometimes I would go away for three months, play, you know, 50 shows, come back, have 10 days off, leave again, go away for another two months. In that time, I'd done four laps around the Earth in the distance to the moon and back twice. That was my life, living really quick. Then I came home, I went on a little surf trip to the Maldives and I'm checking my phone. I'm seeing people punching each other in the face at the supermarket over cans of tuna and pulling each other's hair over toilet paper, and I'm just like, "What is going on back home?" We come back home, they shut all the borders, my manager starts calling me, "You're not going to Singapore, you're not going to Bali, you're not going to South America, you're not going here, you're not going there, you're not going anywhere." The world's shut down. So for a moment it was like someone ripped my heart out. I just had to put my hands up in the air and say, I really accept the fact that I'm not going to play any shows for a really, really long time. The best thing that I can do is put that time into this record. To be honest, it was the best thing I ever did. I put my head back on my shoulders, I slept in my own bed, I ate good food, and I got deep in the creative process and just realized that I am fully and utterly self validated. I do not need anybody else to validate me or anything else to validate me.

One of the songs that we're gonna hear later today is "Pretty Lady" and my understanding is that it's song that you've sat with for a long time, what made you feel ready to finally release that song out into the world?

SULTANA: My songs that end up being the biggest songs are usually the ones that I don't even want to release. That's actually really the case with "Pretty Lady," it's just this little busking jam that I used to--in Melbourne, there's a famous street called Bourke Street, and that's where I used to busk pretty much five, six days of the week. All it was is a couple of chords and I would freestyle at people on the street because one, I was trying to make some coin. On top of that, I was trying to see if I could just get people's attention. Remove them from like their daily commute to the nine to five and just like, see if I could get a little smile out of them. You'd see people walking down the street in this in the suit and tie just looking sort of void of human life. Nothing in the eyes, and those are the people that I was just like, "I'm going to get you."

The music video for the song includes a lot of fans and other artists dancing along to the song, how did you kind of go about that process and that idea for involving a bunch of other people in the music video?

SULTANA: Well, I had actually a full idea that I wanted to do for music video, but then every one went into lockdown all around the world. So the best thing to do was involve people, and the whole of 2020 was solely based around involving the audience.

SULTANA: I needed to lift the blind on the type of person that I am because people had an idea of who I was, but I was quite elusive, because I didn't really do interviews. I wasn't interested in sharing anything about myself. Then it took everything being taken away from me to realize that I am not doing enough to acknowledge the support that is being given to me by all these people. And it just changed the way that I think about the world, my world, my career--everything is so fickle, and it can be so temporary. If you're not making the most of it then you're not really going to appreciate it when you've got it because one day it could just end.