Born in California but raised in West Virginia, Johnston relocated to Austin, Texas, in the 1980s and established himself as part of that city's vibrant cultural scene by handing out cassettes of his recordings and developing a fan following. Beginning in 1981, Johnston would go on to release 17 albums of original material. His 1983 release, Hi, How Are You, featured a hand-drawn frog, later dubbed Jeremiah the Innocent.

Ten years after the album's release, a record store in Austin (since closed) commissioned Johnston to paint a mural of the Hi, How Are You cover featuring Jeremiah on its building. The mural remains to this day and is an Austin landmark. Nirvana's Kurt Cobain was frequently photographed wearing a t-shirt bearing Jeremiah's image, increasing curiosity about Johnston and his work. 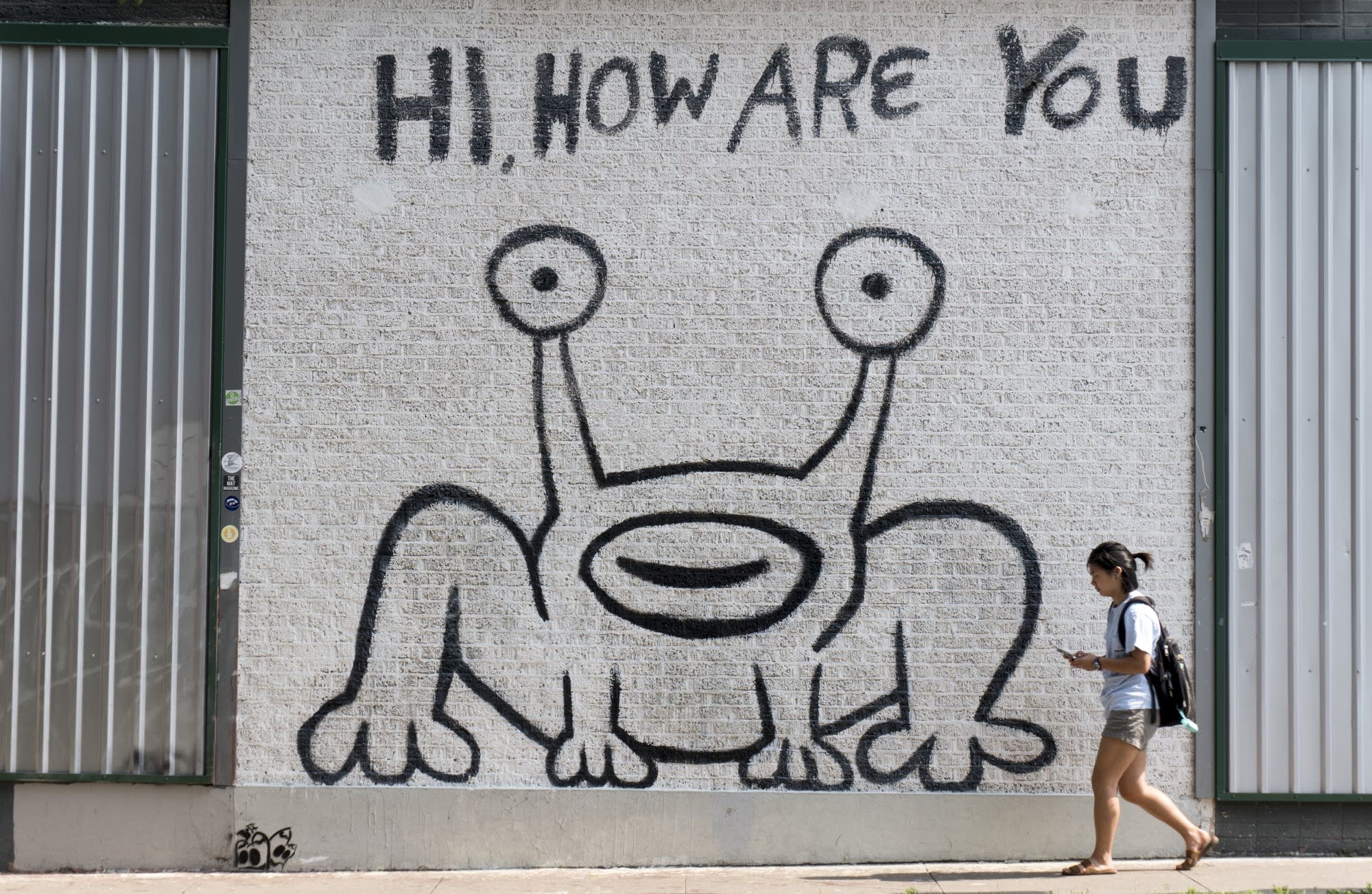 Daniel Johnston's 'Hi, How Are You' mural in Austin, Texas. (Lorie Shaull via Flickr)

Johnston's struggles with mental health were well known and documented in the 2005 documentary, The Devil and Daniel Johnston, which covered Johnston's life and music. Johnston's work has been covered by artists including the Flaming Lips, Yo La Tengo, Sparklehorse and Tom Waits.


Sad news! Daniel Johnston, the eccentric, incredibly talented songwriter, has passed away at the age of 58. According to the Austin Chronicle, he had been in poor health lately and in and out of hospitals, and apparently died following a heart attack yesterday. But Johnston had so many fans in so many people. Tom Waits covered him, Flaming Lips, Sonic Youth, I mean so many people. And you know, the story, his entire story is incredibly fascinating and I think there was always a concern that maybe, you just didn't want to think that there was any kind of — I mean, he had these ongoing issues with schizophrenia and manic depression, and there was a documentary called The Devil and Daniel Johnston but you never wanted anyone to feel as though they were exploiting that, because the songs were very simple, including "Hi, How Are You," which I think was recorded on a cassette tape recorder, but a big body of work, man, I was looking it up and it looks like he released 17 full-length albums of original music, but truly, if you're going to start somewhere, "Hi, How Are You" or definitely check out the 2005 documentary "The Devil and Daniel Johnston." Sadly passed away at the age of 58.

In 2007, when Sparklehorse visited The Current studio, Lucia interviewed the band about their connections to Johnston: